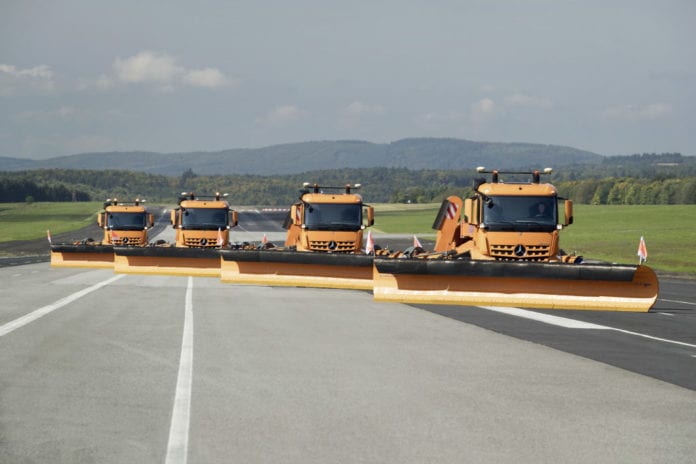 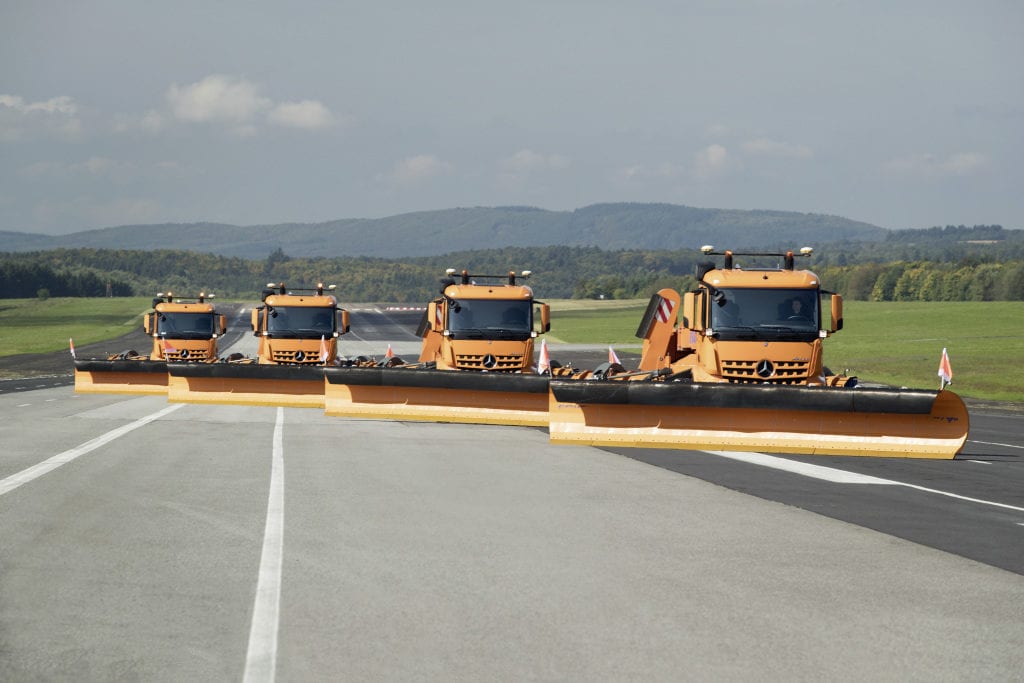 We hate to break it to you, but winter is coming. And with winter comes snow, which tends to spoil people’s travel plans. But a group of self-driving snowplows could clear the tarmac faster and more efficiently, helping make winter-weather delays a thing of the past.

Four autonomous Mercedes-Benz Arocs tractor’s recently hit the the tarmac at a former airbase in Germany, showcasing the tech and use-case, according to a news release.

Using a Remote Truck Interface (RTI) the Arocs are able to exchange data, allowing them to be remotely operated. If something happens, the RTI allows a human being to manually take over the otherwise autonomous trucks, said Martin Zeilinger, Head of Advanced Engineering at Daimler Trucks in the news release.

The project, called Automated Airfield Ground Maintenance (AAGM), tested a group of four trucks, but could expand to a 14-truck convoy. In the test, each Arocs was randomly assigned to be either the leader or a follower, similar to a group self-healing robots. All controls, including the tools and machines, are controlled by whichever lucky truck is chosen to lead. The trucks then followed predetermined routes, using differential GPS to ensure they stayed in their own lanes.

During the winter months, airports must constantly clear runways of snow and ice. It takes a lot of man-power to get this done, but large groups of automated vehicles like to Arocs could quickly assemble to make sure you get home for the holidays.

Drones, Volcanoes and the 'Computerization' of the Earth

GizmoCrazed - December 15, 2017 0
(Credit: YouTube/Adam Fish) The eruption of the Agung volcano in Bali, Indonesia has been devastating, particularly for the 55,000 local people who have had to...

The Google Home Mini and Max are here to take on...

Uber wants to be the 'Amazon and Google of transportation'