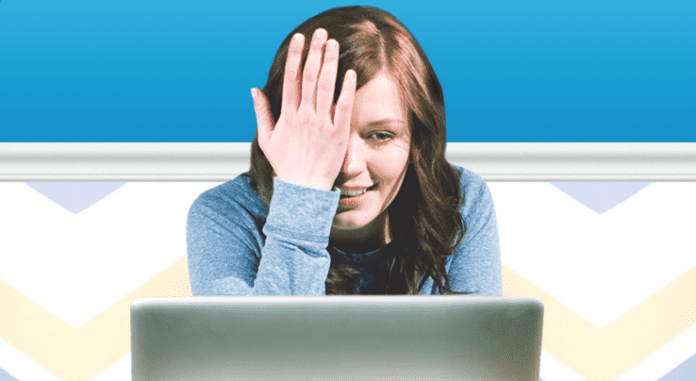 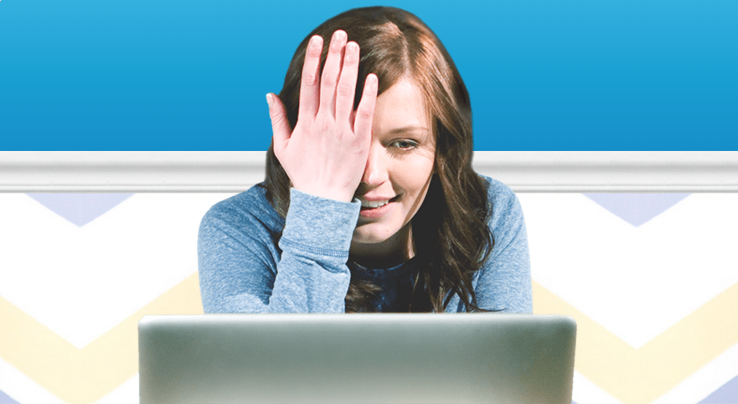 Eyewear e-commerce giant Warby Parker is accused of signing partnership contracts and NDAs with online eyeglass prescription test startup Opternative, then stealing the technology to launch its own competing “Prescription Check” feature. That’s according to a legal complaint filed by Opternative last month that was unsealed today as the lawsuit unfolds.

Opternative is seeking extensive financial compensation for damages due to breach of contract and theft of trade secrets, and reassignment of a Warby Parker eye test patent it says is derivative of its inventions.

“We have spent countless hours, days, weeks and years pouring our hearts and minds into building Opternative’s intellectual property and making ocular telehealth accessible to more people,” Opternative co-founder and Chief Science Officer Dr. Steven Lee told TechCrunch. “It is a huge disappointment that another company, which was in the startup category like us not too long ago, would take advantage of us for their own financial gain.” Opternative’s lawyer, Barry F. Irwin, of Irwin IP LLC, told TechCrunch, “We feel strongly that we will prevail in the litigation.” 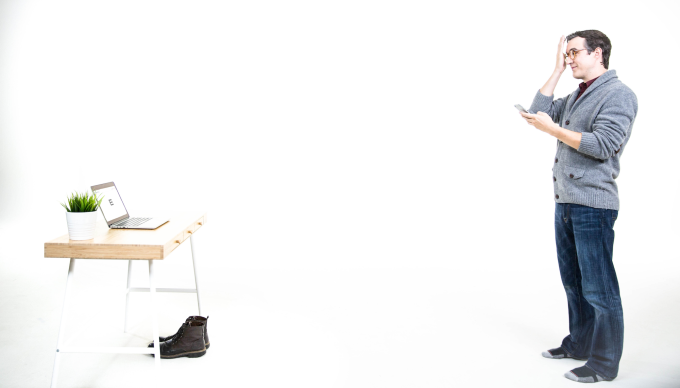 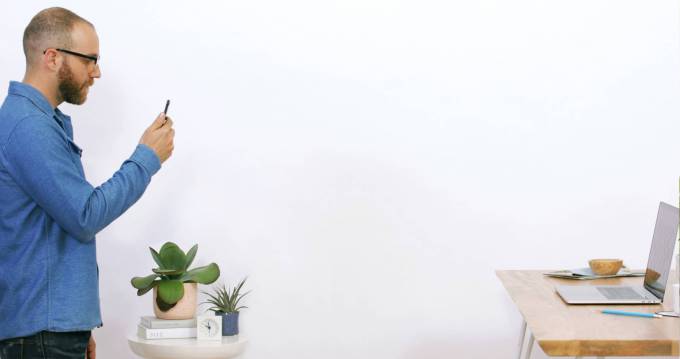 Warby Parker provided this statement to TechCrunch when asked about the lawsuit:

“The preposterous claims made by Opternative do not accurately reflect reality, and we’re prepared to take all necessary steps to defeat them. This is an unfortunate example of a company choosing to address competition with litigation instead of innovation.

We started Warby Parker to radically transform the optical industry, and we’ve been interested in the emerging field of online vision tests for quite some time. Our goal is to offer the safest, most accurate, and most user-friendly telemedicine product, regardless of whether that product is built internally or externally. Over the years, we’ve looked at many potential solutions, including Opternative’s test. We gave Opternative the opportunity to demonstrate that its product could live up to the high standards of quality and service that customers have come to expect from Warby Parker. Ultimately, they failed to meet those standards, and we determined that the product and user experience were unfit for our customers. Opternative is now trying to correct those failures through meritless litigation.

We recently launched a homegrown online vision test called Prescription Check, which leverages our patented technology to provide an intuitive user experience. We independently developed Prescription Check and did not have access to or use any of Opternative’s technical information that could have benefitted (sic) the development of our app. At Warby Parker, we’ve built our business and reputation on innovation, best-in class service, and fair competition—and we’re looking forward to exposing that Opternative’s claims are not supported by the facts.”

From partnership talks to competitors

Founded in 2013, Opternative’s technology allows people to take a 15-minute online refraction eye test to determine their eyeglass prescription using a phone and computer, rather than specialized equipment typically only found at an eye doctor’s office or an expensive smartphone dongle. [Disclosure: I was friends with Opternative’s now-CTO in college 10 years ago.]

Users take a specific number of steps back from their computer before it shows eyesight accuracy quizzes, such as determining what letters are on the screen or detecting colored symbols in a different colored circle. They receive instructions from their phone while tapping in the answers. After paying $50, the results are reviewed by an eye doctor and the patient receives a prescription for glasses or contacts within 24 hours, or a modification to an existing prescription. 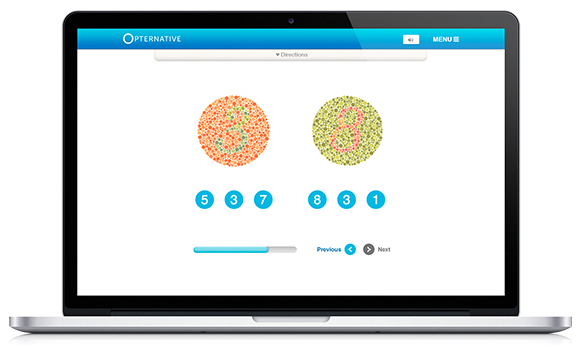 Opternative had passed its clinical trials by 2015 and was expanding to more states. Soon it had raised a total of more than $9.5 million in rounds led by Tribeca Venture Partners and Jump Capital, and had a partnership with 1-800-Contacts. Some optometrist associations began fighting back against Opternative in order to protect their in-person test business, lobbying to have the startup’s service banned by the FDA. But now some optometrists have broken rank and begun working with Opternative to make their practices more efficient and manage patients remotely.

According to the lawsuit, Warby Parker reached out to Opternative back in 2013 about potential partnership opportunities. Warby Parker agreed to sign non-disclosure agreements forbidding the eyewear seller from using info about its technology to reverse-engineer the online eye exam or do anything besides partnering with the startup. 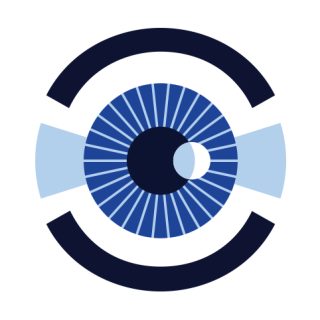 By 2015, discussions had advanced to include a potential acquisition of Opternative, and Warby Parker sought additional sensitive information about Opternative’s clinical trials and operating expenses. Opternative’s lawsuit contends that in May 2015 it sought and was given assurance that Warby Parker was not developing its own version of the technology, with Warby co-founder Dave Gilboa replying that he was “sensing a bunch of concern that I think is misplaced.”

Warby Parker allegedly requested its own test version of Opternative’s technology that it used in more than 60 tests, as well as raw outputs of the tests. However, in June 2015, the complaint says Warby Parker filed its own patent on a similar online eye exam using a phone and computer, with the main point of contact with Opternative listed as one of the inventors.

Opternative alleges that when Warby Parker questioned how it measured the distance from users to the computer screen in footsteps, Dr. Lee suggested a mobile phone camera could alternatively be used, and this ended up in the patent filing a month later. Warby Parker was later granted U.S. Patent No. 9,532,709 for an online eye exam.

On May 22, Opternative tells TechCrunch that Warby Parker called its founder to inform him that Warby was launching its own Prescription Check feature, which debuted the next day. 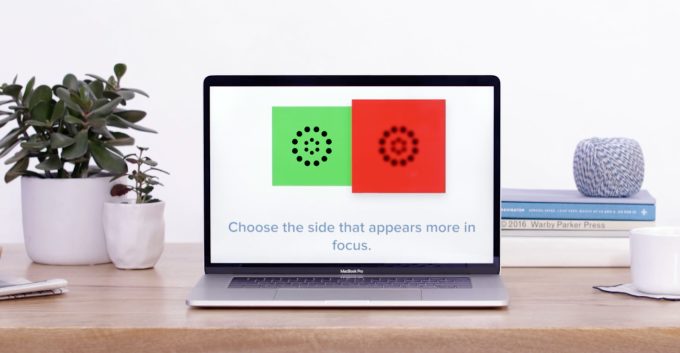 As the lawsuit unfolds, the question will be whether Warby Parker is seen as having drawn from its NDA’d information to create its version of the eye exam. Warby Parker’s defense may hinge on the idea that it asks users to place a credit card in the corner of their computer screen and then measures it on the screen of their phone to determine their distance from the screen. Opternative’s measurement system that requests a user’s shoe size and asks them to take a certain number of heel-to-toe steps back may be less accurate.

Opternative’s argument is that Warby Parker’s test was still derivative of its exam, and that its co-founder Dr. Lee suggested the idea of using a phone’s camera for measuring the distance.

Huawei gets temporary relief from its U.S. ban

Elkrem is a blockchain dev board for tinkerers