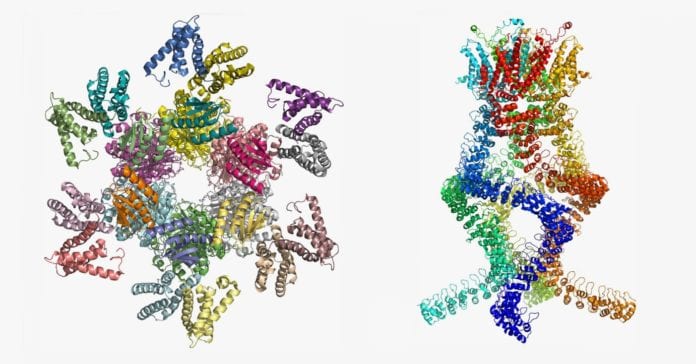 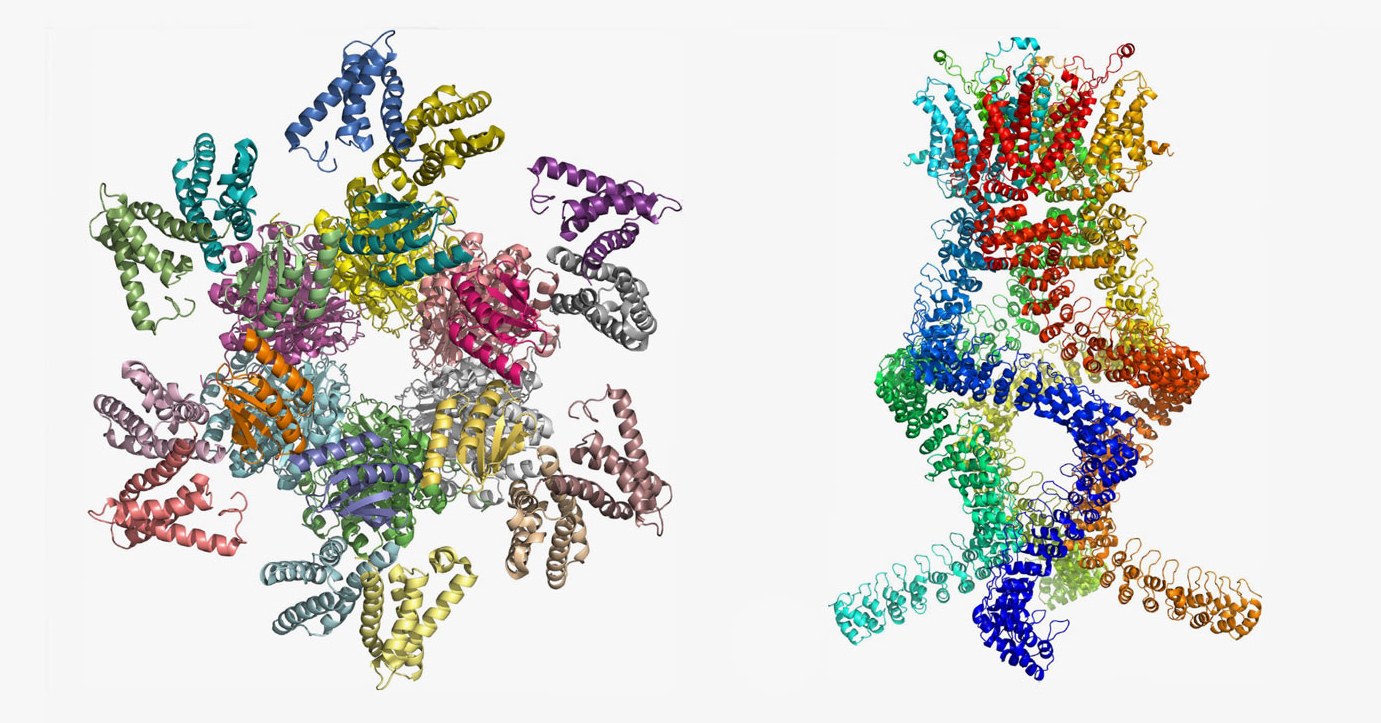 One of the many perks of being human (upright walking, big brains, we can win awards) is our ability to transcend the limits of our senses. Take vision, for instance. Just because something is too small to see with the naked eye doesn’t mean it doesn’t exist. We may be un-microscopic animals, but we can still peer into the microscopic world.

That’s thanks in large part to a technique called cryo-electron microscopy, which today earned three scientists—Jacques Dubochet, Joachim Frank, and Richard Henderson—the Nobel Prize for chemistry. Their work has helped reveal the shape of biological molecules like proteins by combining beams of electrons with very, very cold temperatures, in the process revolutionizing the field of biochemistry.

Your traditional microscope is great and all, but an electron microscope blows it out of the water as far as resolution is concerned. It works by firing electrons at an object in a vacuum. Because the wavelength of electrons is 100,000 times smaller than that of light, the particles reveal even the tiniest of structures. Put a dead insect in an electron microscope, for instance, and you can see their bumps and scales and hairs in stunning detail.

In only the last four years, the resolution of cryo-electron microscopy has improved dramatically.

But the electron microscope has some shortcomings. First of all, vacuums are tough on organic matter; they cause structures to collapse and water to evaporate. And second, that beam of electrons tears biological material to shreds. All fine and good if you’re looking at a dead spider, but unacceptable if you want to catch biological molecules in their natural state.

So along comes Henderson, who in the 1970s was studying a protein called bacteriorhodopsin. He figured out that if he coated the protein in glucose, the vacuum of his electron microscope wouldn’t dry it out. Then he tried hitting the protein with a weaker beam, which of course led to poor contrast. But by using some fancy math, Henderson was able to calculate better images based on the protein’s predictable structure. Now he could take multiple images of bacteriorhodopsin from multiple angles and piece them together into a 3-D image of the protein.

In 1981, Frank further refined the technology. He took a low-res 2-D electron microscope image of thousands of proteins, each oriented randomly to cast a differently shaped “trace.” A computer then grouped similar-looking traces into clearer composite images. The system could then use these 2-D composite images, which showed the protein at different orientations, to craft a 3-D model of the protein.

Next came the cryo bit. The problem with Henderson’s shower-it-in-glucose method was that you couldn’t do it with all biological molecules. What Dubochet figured out in 1982 was the Austin Powers method: freeze it solid.

And not any old freezing, mind you. Normally when you freeze water, it forms crystals. Those crystals interfere with the path of electrons and ruin the image. But when you freeze water as quickly as Dubochet did (with ethane cooled by liquid nitrogen), the water solidifies into a structure similar to glass, known as vitrified water. This not only gets along with biological molecules better than glucose, it also leads to cleaner, crystal-free images.

Since Dubochet’s discovery, scientists have continued to hone the methods of cryo-electron microscopy, greatly increasing the resolution of their images. Today, they can capture biological molecules at atomic resolution, giving humans a glimpse into a world so far beyond our senses, it’s hard to fathom.

And not just to appreciate the beauty of the molecular world. Researchers, for instance, used cryo-electron microscopy to image the Zika virus with incredible detail. Mapping the structure of such viruses could help scientists hone their weapons against not only Zika, but any number of nasty diseases. They may be small, but they certainly can’t hide.

New Tech to Predict When Food Spoils Could Slash Waste