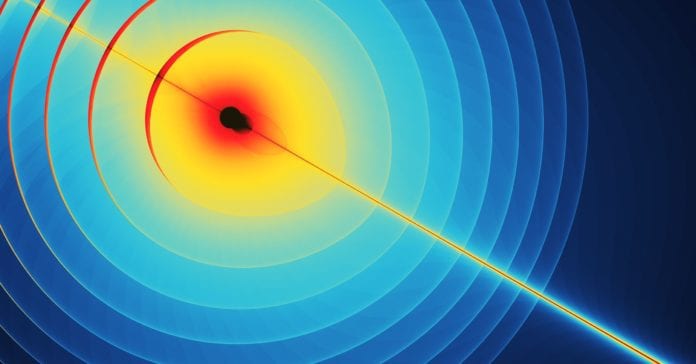 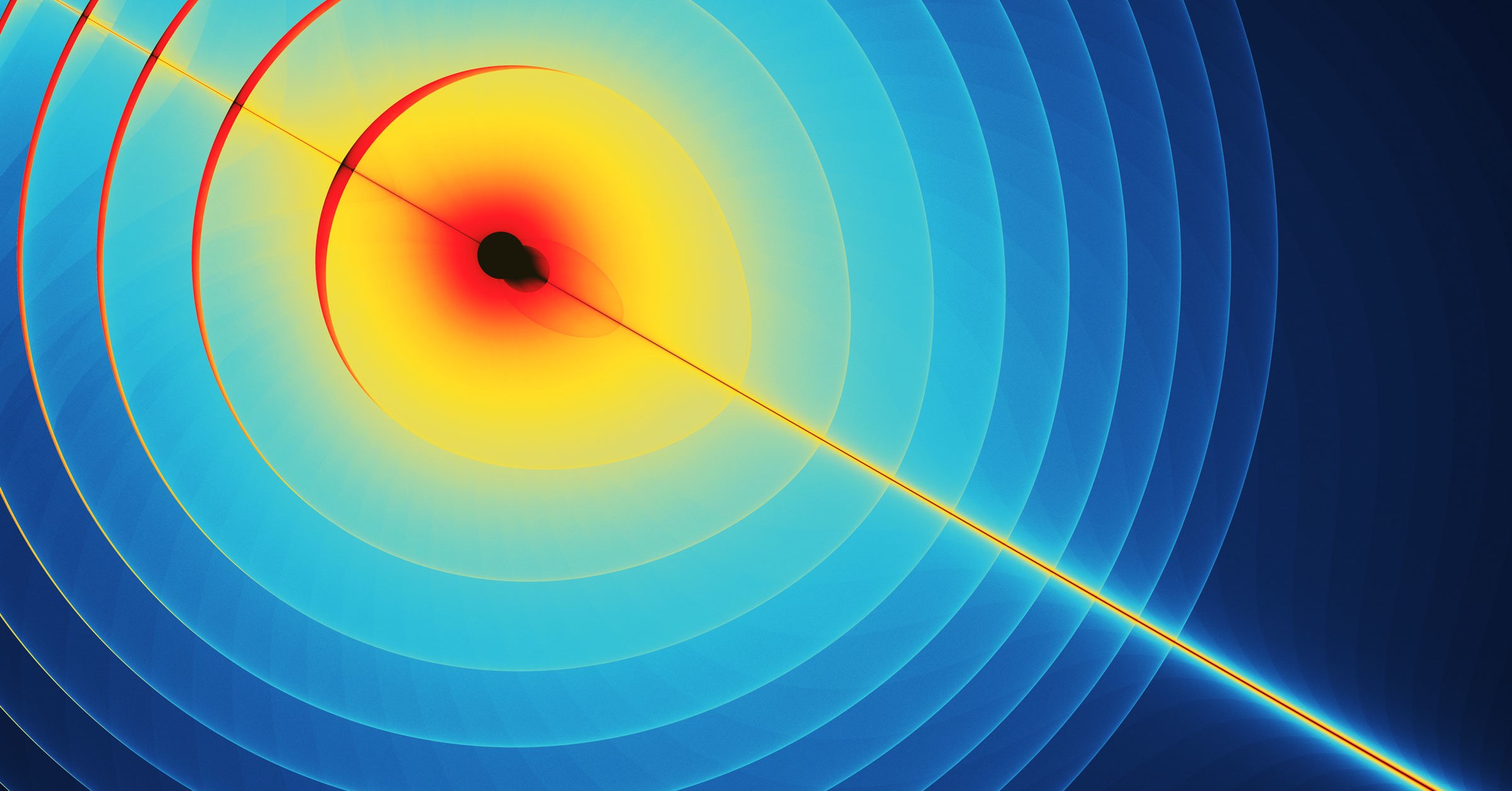 Some 130 million years ago, two extremely dense balls of matter collided into each other. These two neutron stars, the city-sized cores of deceased giant stars, spiraled inward and merged to become a giant fireball. In the collision, they generated a sonorous ripple in spacetime known as a gravitational wave.

On August 17 this year, that ripple reached Earth. Researchers located at two different observatories—LIGO’s two detectors in Louisiana and Washington—saw the signal of the gravitational wave. LIGO’s European collaborator, Virgo, didn’t see the signal, which they quickly found to mean that the wave originated from one of Virgo’s blind spots. As the wave moved through LIGO’s observatories’ tiny plot of spacetime, it stretched and compressed their detectors’ kilometers-long arms. It was the fifth gravitational wave to be detected by humans, ever.

But this wave was different from the previous four. First, this was the first gravitational wave ever observed to come from neutron stars. All other detected gravitational waves came from black holes colliding. And even cooler: For the first time, LIGO and Virgo got a gang of old-school telescopes—the Hubble Space Telescope and the European Very Large Telescope, for two—to help out. Minutes after the gravitational wave researchers saw the signal, they alerted their observatory buddies and advised them to point their telescopes in its direction.

Collectively, some 70 observatories were able to see the astronomical event by capturing different types of light: X-ray, ultraviolet, optical, infrared, and radio. Combining their telescope images with the gravitational wave signal, they were able to locate the event, identify that it originated from two neutron stars, and describe the collision in multimedia detail. “It’s a lot like a combination of senses,” says LIGO physicist Jocelyn Read of California State University, Fullerton. “They’re each telling you something different about what happened.”

Read was preparing to present about hypothetical neutron star collisions at a workshop in Montana when she learned of the new signal. She plowed ahead with her presentation as though the collisions were still hypothetical—adhering to the “Memorandum of Understanding” that directs observatory members to speak only as a group. “I have a terrible poker face,” says Read. “I’m pretty sure that people who knew me had a good suspicion that something had happened.” Leading up to the announcement, LIGO and Virgo continued to protect the results from leaks. Even though the neutron star detection occurred two months ago, the 1,500-odd researchers in the collaborations were forbidden from talking publicly about it until today.

But they might as well abandon the secrecy—because it really doesn’t work.

Rumors of the detection began to circulate almost as soon as the telescopes had pivoted their apertures. On August 18, the day after the observation, an astronomer at the University of Texas at Austin tweeted about it. Unaffiliated researchers noticed—and commented online—that the public internet logs of several observatories had noted they were pointing their telescopes under the suggestion of LIGO. As they speculated why, LIGO members continued to equivocate. On October 3, during a press conference about the physics Nobel Prize, a journalist directly asked new laureate and pioneer researcher Rainer Weiss whether the announcement was related to neutron stars.

Physicist Rob Owen of Oberlin College, who studies gravitational waves but isn’t a member of LIGO, heard about the detection result three weeks ago—because a friend posted rumors on Facebook. “Actual LIGO members don’t say anything openly or make Facebook posts about it,” says Owen, “but people who are tangentially involved may have heard rumors from somewhere else.”

Collaboration with conventional observatories made it even more difficult to keep the detection a secret. More people means more gossip. And conventional observatories are used to releasing data quickly. “We had all these telescopes raring to announce their discoveries,” says Read. “Left to our own devices, we probably would have wanted a lot more time.” LIGO’s first discovery took about six months to announce, and this one took less than two. With the extra time, Read would have liked to understand the data in more detail. Right now, they’re “confident enough” to say that the gravitational wave came from two neutron stars colliding, says Read. But strictly speaking, they just know that the collision happened between two objects that have typical neutron star masses. There’s still a chance that this gravitational wave came from a collision between a neutron star and a black hole—and they may never know for sure. “This same event is going to go through more analysis in the months and years to come,” she says.

Historical gaffes didn’t help their credibility, either. Physicist Joseph Weber claimed to have detected the first gravitational waves all the way back in the 1970s—he hadn’t. And in 2015, physicists working at a telescope in the South Pole had to retract a similar claim. “We want to make sure everything checks out, that all our ducks are in a row, before we tell it to the world,” says physicist and LIGO member Geoffrey Lovelace of California State University, Fullerton. It makes sense for scientists to be extra-vigilant against errors. In today’s political climate, where science as a whole is criticized for any apparent waste of resources, conflicts of interest, or misinterpreted results, it can be dangerous for scientists to lose face in front of the world.

But gravitational wave researchers have made it mainstream, whether they realize it or not. They’ve detected five gravitational waves and confirmed the measurements using simultaneous data from multiple detectors. Pioneering researchers Weiss, Kip Thorne, and Barry Barish won the Nobel Prize for their gravitational wave work earlier this month. Analyzing this detection, they’ve even partially solved a long-standing mystery about where heavy elements like gold originate in the universe—in neutron star collisions.

Collins thinks that LIGO and Virgo will gradually loosen their iron grip on gravitational wave data. For the first few detections, the stakes were super high because they’d never done it before. They’ve got credibility now. They’ve shown that they can detect gravitational waves—now their goal is detect them in large numbers to learn more about the exotic objects in space. “In a year, there will be so many discoveries that the public will cease to be interested in them,” says Collins. He thinks they’ll gradually adopt a similar process to conventional observatories—analyzing and releasing data quickly.

Read and Lovelace both welcome the openness. “I used to think it would be so fun to learn something brand new about the universe and keep it secret for a bit,” says Lovelace. “But it’s not. You want to tell everybody.” For the discovery of the first gravitational wave, he managed keep quiet—almost. “I told my wife right away,” he says. They’d been married only a month. “I thought, that’s no way to start a marriage—something that big and not explaining why I’m staying up late working on stuff.” If the secrecy stops, that means we’ll get to know, too.