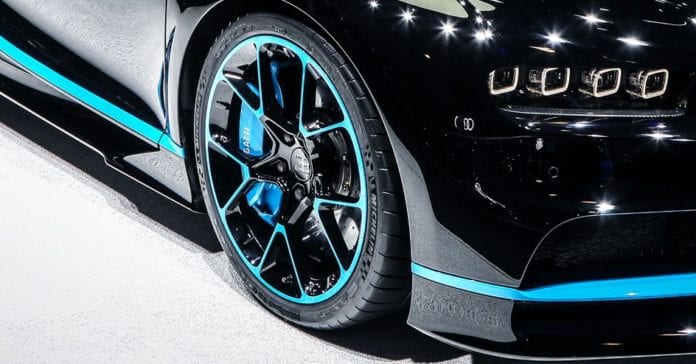 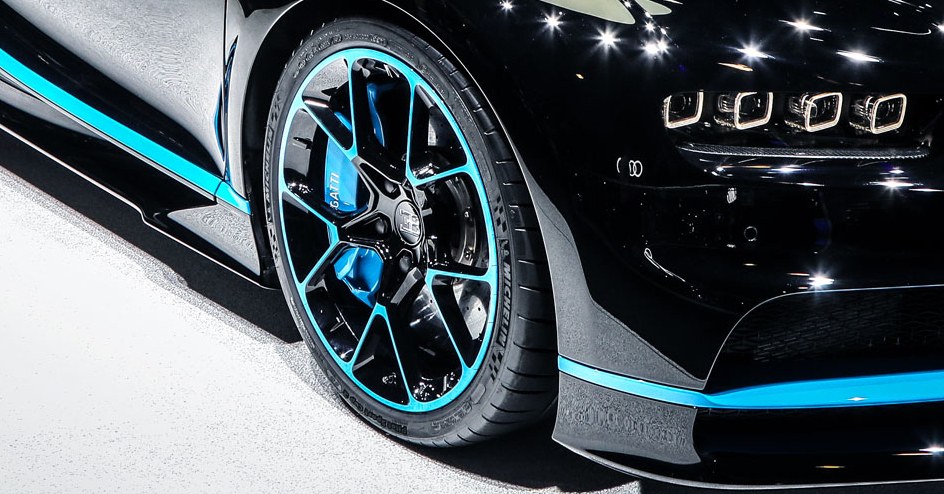 At one point in the past, I was a teenager. Hard to believe, I know, but it’s true. During that time, I thought about teenager things. In particular, I recall thinking about and wanting a super fast car. Maybe a Lamborghini or a Ferrari. At lunch my friends and I would argue about the best cars (THE BEST), and what we wouldn’t give to drive them.

Today I drive a minivan. Nothing wrong with that. Now that I’m older, I care more about fuel efficiency and safety than speed. But there’s this video of the Bugatti Chiron, see. It’s one of the quickest production cars ever made. In the video, it starts from rest, accelerates to 400 kilometers per hour (nearly 250 miles per hour), and decelerates to zero in just shy of 42 seconds. Talk about super fast. Too fast, probably. I’m not sure I’d even want to drive a car that fast. But the video is still thrilling. Plus: It includes speed and distance data. Of course I can also get time data by assuming the video frame rate is legitimate. So the point is there’s basically zero chance of me not doing a speed analysis of this thing.

For this first plot, I am just going to use the velocity data. There are actually two methods to get the velocity of the car in some of the frames. First, there is the text-based reading on the lower left of the screen. Second, there is the view of the speedometer. There are still some parts of the video in which you can see neither of these values—so for those times, I just don’t know the velocity. However, I can still plot what I have. Here is what I get.

Since the acceleration is defined as the change in velocity divided by the change in time, the slope of a velocity-time graph will be the acceleration of the car. Notice that I have fit four linear functions to the data (I included the fitting equation for one of these linear fits). An accelerating car doesn’t necessarily need to have a constant acceleration, but it looks like in this case the motion can indeed be approximated by these four segments. OK, you could argue that there should be five acceleration segments because of the stopping part—if you want to do that, feel free to use more accelerations.

From the slope, I get the following four accelerations (along with the approximate times of these intervals).

I plan to use these accelerations in another calculation, but right away I see some interesting things. It’s not surprising that the final acceleration (before the braking) is so low. When the car is traveling super fast, the air resistance is going to be much greater, such that it takes more power to increase the speed. For the braking acceleration, we normally think of the maximum acceleration as 9.8 m/s2. Why? Because the force that slows the car down is the static friction force. This force is proportional to the weight of the car (for a flat road). The proportionality constant is called the coefficient of static friction and normally has a value between 0 and 1. These must be some sticky tires.

Since the video also gives a reading of the total distance traveled, I will also make a graph. Yes. I wrote down these distance values for different time intervals in the video (but not all the values—just a select few). Here is my plot.

Now for the fun part. Can I take the acceleration data from above and calculate the position at different times? Yes, of course I can. However, will it match up to this position data? Let’s find out.

But how do you calculate position from the acceleration? Suppose a car starts from rest (as it does) and has an acceleration of a1. If it accelerates for a time Δt1, then I can calculate both the position and velocity at the end of this time interval using the following kinematic equations.

What about at the end of the second acceleration? In that case, I just do the same thing using the same equations. However, the starting velocity and starting position for the second acceleration phase will be the final velocity and position from the first part. They just sort of chain together. I can keep doing this for all the intervals. Here’s what I get along with a comparison from the position data on the video.

OK, I’m pretty happy with that. The calculated line doesn’t match the listed position data exactly—but that’s not so bad. Remember that I am approximating constant acceleration over these four time intervals. Clearly, the car doesn’t exactly have a constant acceleration.

Finally, let me leave you with just one homework assignment. See if you can create the same (or at least very similar) position vs. time graph for the car based on just the velocity data (and not the acceleration). Here’s a hint to get you started: Take two velocities at two different times and find out how far the car traveled during this time. Then keep adding these distances and you will be finished. If you want to make an approximation, you could probably assume constant velocity for very short time intervals; your answer shouldn’t be too far off.

But wait! Do you need EVEN MORE homework? You probably do. Here is yet another super fast car—the Koenigsegg Agera RS. It appears to get to 400 km/h and back to zero in just 36.44 seconds. The video doesn’t include position data like the Bugatti video, but it does display a nice graph of velocity vs. time. Just for fun, see if you can use that data to create a plot of position vs. time for the Agera RS just like I did with the Bugatti.