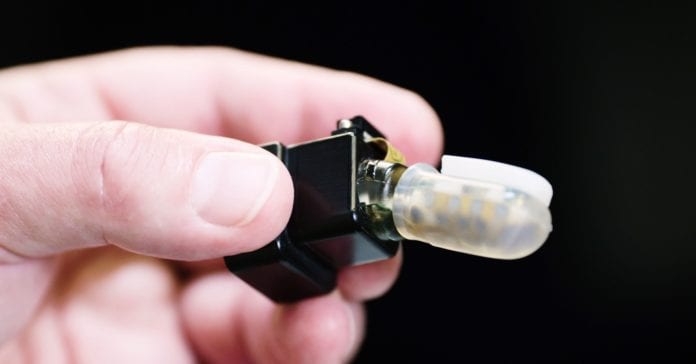 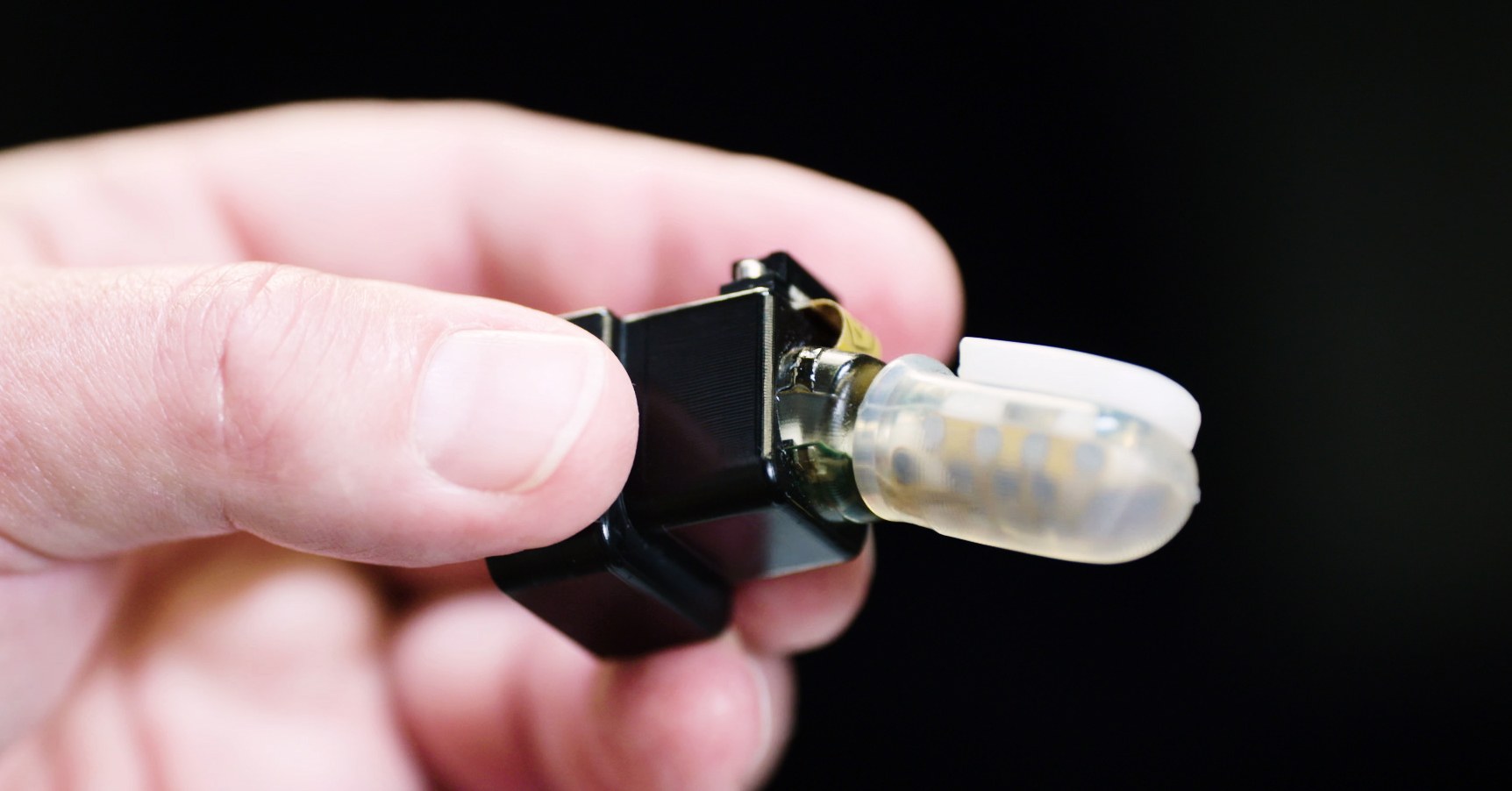 When you think about it, touch is a bizarre sense. Unlike sound or light, tactile properties can be difficult to quantify. You can measure decibels or lumens, but touch is a subjective sense with subjective descriptions, like rough or squishy or cold.

Subjective until now, that is. A company called SynTouch, which spun out of the University of Southern California, has created a robotic fingertip that rubs a material and precisely measures the “feel” of it in 15 dimensions, ranging from coarseness to coolness. And that’s pivotal for a future in which robots interact closely with humans. Our sense of touch allows us to grip a water bottle gently and a crowbar more firmly, and the robots need to do the same. We wouldn’t want them crushing dishes and chairs and skulls, now would we?

This robot finger doesn’t feel the world like yours, which relies on nerves. Embedded in a dome shape are 19 super-sensitive electrodes, over which a skin of silicon is stretched. The space in between is then injected with saline. So when you press the finger against something, the electrodes measure the changing resistance through the saltwater. The robot can sense how much pressure it’s applying, and quantify the give of the material it’s applying pressure to.

To measure texture, the finger monitors for vibrations. “So if I slide over a textured surface like my suit jacket, you’ll see these high frequency oscillations that are essentially the texture that you get,” says SynTouch CEO and co-founder Gerald Loeb. “If I slide it over a different surface there would be a different pattern of vibrations which I could analyze to say the difference between, for instance, the wool of my jacket and the cotton of my shirt.”

This thing measures temperature, too—and with more subtlety than you might think. Now, the reason a tile floor feels colder than carpet isn’t that they’re different temperatures. Even if they’re both room temperature, the tile will feel colder because it transfers heat from your bare foot faster than the carpet. SynTouch’s finger measures not just a material’s temperature, but its perceived temperature, by precisely measuring this rate of heat transfer.

The result for SynTouch is a trifecta of information: the texture of a material, the give of it, and how hot or cold it feels. These qualities can be broken down even further, into 15 highly specific properties with names like “adhesive tack,” “thermal persistence,” “tactile compliance,” and “macrotexture coarseness,” which SynTouch collects by dragging its robot finger across a material over and over, varying the digit’s force and velocity.

SynTouch is repeating this process with thousands of materials, because this is about more than building robots that get along nicely with humans. It’s about developing an objective standard for a subjective sense. By referencing its stockpile of measurements, SynTouch says its robot finger can more accurately quantify the feel of something than a human expert. (Yes, that’s a job. Think quality control.)

Consider this. An automaker creates a concept for a fancy car they’d like to wring as much money out of as possible. Why use leather if you can find a cheaper—and convincing—substitute? “The question is: How do you decide whether it still has the feel?” Loeb asks. “You can get the colors right, because there are standards for colors. And what we’re producing now is a standard for touch.”

With such a standard, you could bring some order to online shopping. A marketplace might one day tag a sweatshirt not just with a color and size, but a quantification of its feel. Six out of 10 for softness, or some such. No longer will you have to read other people’s angry reviews to find out that sweatshirt isn’t as cozy as advertised.

So by bestowing the robots with the gift of touch, humans could well gain not only gentler companions and prosthetic hands that allow amputees to feel, but partners in the war on crummy fabric. Looking at you, Christmas sweaters from grandma.

GizmoCrazed - April 26, 2016 0
If you think that the answer to an unruly child is a good spanking, think again, say researchers from the Universities of Texas and...