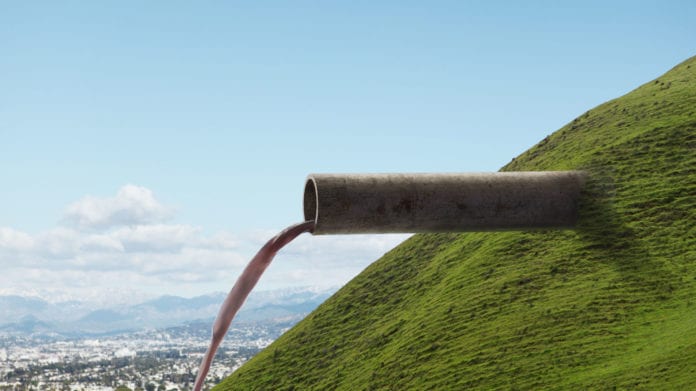 Gum sales have been relentlessly dropping for the past five years because people don’t look around when they wait in line to pay.

On paper, smartphones are amazing pieces of glass. They have magically cured boredom as we always have something to do — those endless feeds of content are a perpetual source of inspiration, information and amusement. And yet, feeds need to die because they distort our views and disconnect us from other human beings around us.

Many people have deleted the Facebook app from their phone to avoid this mindless habit. “What’s going on in my feed?” they think. Then they scroll, scroll, scroll, get bored and close the app. Repeat this process every 30 minutes. Deleting the app is the best way to take a stance and say that Facebook is a waste of time.

But this idea is nothing new. Your phone battery isn’t miraculously shrinking. You’re just spending time than ever using your phone. Flurry says that U.S. users spend nearly an hour in a Facebook app every day (Facebook, Instagram, WhatsApp and Messenger).

Imagine what you could do with all this time. It’s easy to say that you don’t have time to read books anymore. But it’s harder to justify it once you realize you spend an hour scrolling through your Facebook and Instagram feeds every day.

And I’m not judging here as I spend way too much time scrolling through my Twitter timeline every day. I probably spend more time staring at screens than most people — too much time.

But something clicked for me a couple of months ago. I suffered from tech fatigue once again and I wanted to change something.

I now spend most of my weekends without ever checking a single feed. I don’t even need to pay attention to my battery level because I ignore my iPhone for most of the day. At first, I thought I was missing out on some Very Important Content. I felt disconnected. I fought against my own FOMO. But now, I don’t feel anything. What’s going on on Instagram? I don’t care.

Facebook is now the worst internet forum you can find. Twitter is filled with horrible, abusive people. Instagram has become a tiny Facebook now that it has discouraged all the weird, funny accounts from posting with its broken algorithm. LinkedIn’s feed is pure spam.

And here’s what I realized after forgetting about all those “social” networks. First, they’re tricking you and pushing the right buttons to make you check your feed just one more time. They all use thirsty notifications, promote contrarian posts that get a lot of engagement and play with your emotions.

Posting has been gamified and you want to check one more time if you got more likes on your last Instagram photo. Everything is now a story so that you pay more attention to your phone and you get bored less quickly — moving pictures with sound tend to attract your eyes. And many people now pay more attention to the Kardashian family than their neighbors.

Second, I started paying attention to people around me. Phones have become a social tool to distance yourself from an uncomfortable situation. Somehow, if a homeless person yells at you, it has become acceptable to look at your phone and pretend that there’s something really important happening on your screen. Nobody is going to judge you.

Phone makers now sell you smartphones with taller displays so that you can see more posts at once on your phone and less details about the real world around you.

And finally, I realized that I was missing out by constantly checking all my feeds. By putting my phone on ‘Do Not Disturb’ for days, I discovered new places, started conversations and noticed tiny little things that made me smile.

Technology is great as it has improved the ways we communicate, share information and learn. It has generated economic value and reduced some inequalities. But it has gone too far.

Tech companies are now directly fighting against empathy. They are building feeds that shape your mindset and distract you from the world around you. They want to fill you with rage to foster engagement until you feel empty inside. Feeds now divide people and affect the structure of our societies.

Having a tiny computer in your pocket is great, but some people prefer feature phones for a reason. Forget about your phone for a minute, look around and talk with people next to you.

*Incredibles 2* Asks: What's the Right Way to Solve a Math...

GizmoCrazed - April 16, 2018 0
Everyone knows I like to analyze the trailers of upcoming movies—in particular, movies that I'm excited about. In this case, it's Incredibles 2. I...

It's official: iPhones are too expensive

Want Your Kid to Play Pro Soccer? Sign Her Up for...