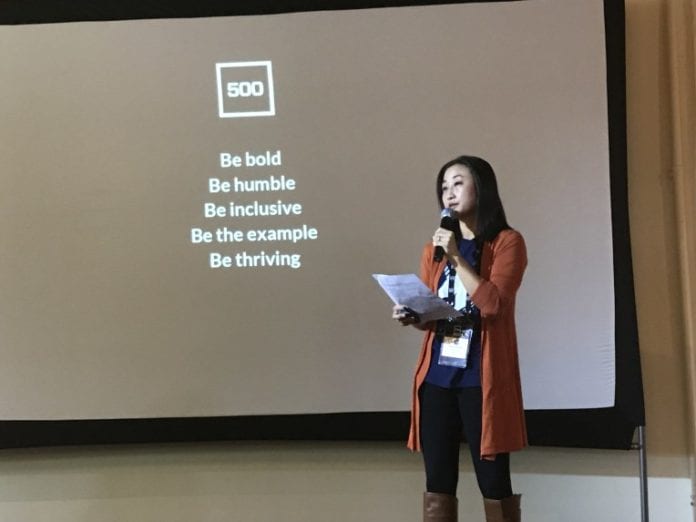 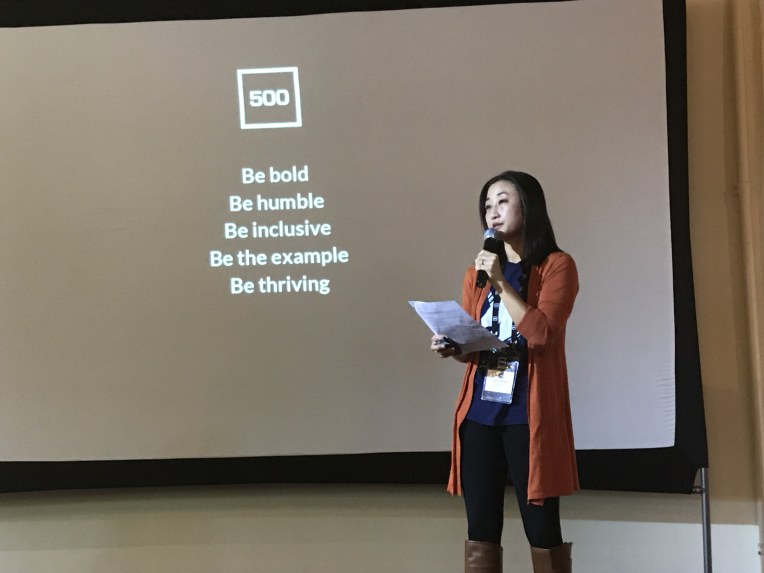 500 Startups is in somewhat of a weird spot, given that Dave McClure resigned as a GP from 500 Startups in July this year after admitting to “multiple” advances toward women and being a “creep.” Since then, there’s been a specter over the firm’s program, especially as it begins its demo day and starts to roll into the following class.

That seemed truer today at the company’s 22nd Demo Day, with CEO Christine Tsai coming on stage to make some remarks about some of the changes the firm has started to make in the wake of what’s happened since.

“Back in August, I mentioned 500 aimed to be part of the solution when it comes to inclusion, diversity and addressing harassment,” Tsai said. “One really can’t be addressed without the other. Right off the bat, we held numerous frank, honest discussions within the team as well as launching surveys to reach a common understanding… and [to figure out] where the 500 culture is doing well and where we’re falling short. We came away with a lot of great learnings, and we’re gonna continue to monitor this on a regular basis.”

So, getting to the demo day: We’ve noted before that demo days can be very hectic, and it can be hard to get a good read on which companies are really the best ones with just a few minutes of information from one presentation. Still, some of them are indeed worth highlighting based on any number of factors like the idea behind the company, the problem they are solving, or the founding team.

That was true, again, at 500 Startups’ 22nd Demo Day today — so, here are a few that stood out to us throughout the several-hour marathon:

GizmoCrazed - February 23, 2013 0
Man has always been a natural innovator looking to the future to push boundaries and out-do their predecessors. These 10 futuristic concept hotels are...

20 Things You Didn't Know About … Lasers

The Hover-1 Cruze is the only electric skateboard that doesn't terrify...