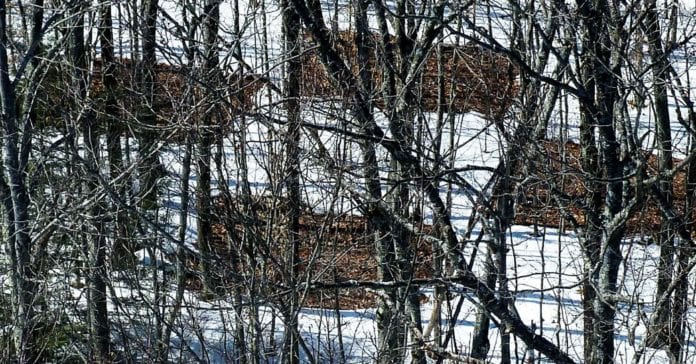 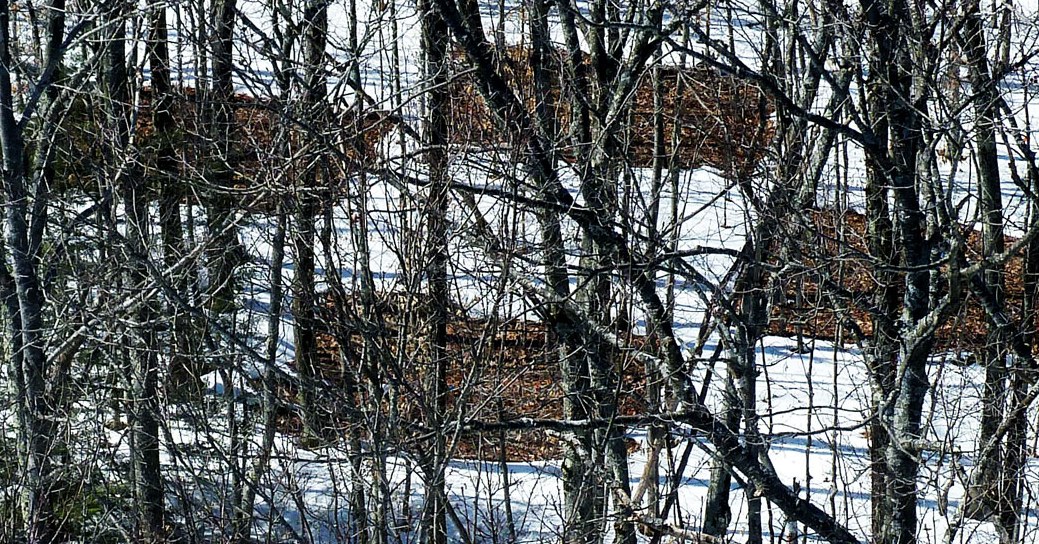 Tucked into the apple-growing hills of Western Massachusetts is the Harvard Forest, a 3,700-acre wooded preserve that hosts school kids on field trips, day-tripping hikers, and, for more than a quarter century, a highly unusual science experiment.

For the past 26 years, strings of subterranean electrical wires have heated segments of the forest floor to an unnatural temperature. It’s the longest running experiment of its kind, and a time machine of sorts—a way for ecologists to study how the soil will respond to changes in global temperatures, which are projected to rise an estimated 5 degrees Celsius (9 degrees Fahrenheit) by the end of the century. The world’s soils are important because they contain two to three times more carbon than the atmosphere. Now, results from this experiment have shown that rising temperatures could cause the soil to release that carbon, accelerating global warming in a reinforcing feedback loop.

But before we get to that, a quick explainer: Plants take in carbon dioxide during photosynthesis. Bacteria and fungi release it as they break down dead leaves, branches, and other materials that fall to the ground. As the microbes warm up, they break down material faster, which in turn releases more CO2 into the atmosphere.

Scientists at the Marine Biological Laboratory strung electric wires underneath a forest in Massachusetts in a 26-year experiment to see what might happen at the end of this century.

Other scientists have described this carbon-soil feedback loop in recent years. But how much carbon will be released by century’s end, and how fast will it get into the air? These are questions ecologist Jerry Melillo set out to answer when he designed the Harvard Forest experiment in 1991.

The idea had come to him months earlier, while driving to a conference in Sweden. He noticed that the normally snow-covered roads were ice-free. “These roads are quite amazing,” Melillo says. “I found out during the winter they would electrify them. I realized it might be a technology we could use.”

So Melillo picked up some underground road cables in Sweden and brought them to the Harvard Forest. He buried the cables in six test sites, with another six sites serving as untouched controls. Then the researchers warmed the soil a toasty 5 degrees Celsius (about 9 degrees Fahrenheit) above the ambient temperature and installed special devices to measure soil gases. For the next 26 years, dozens of scientists, doctoral students, and undergraduates recorded how much carbon dioxide was released.

Their results, published this week in the journal Science, reveal a surprising four-phase pattern. First there was a period of substantial carbon loss (1991 to 2000), followed by several years of stability (2001 to 2007), then another period of loss (2008-2013), with more stability since 2014.

Melillo says these phases suggest microbes in the soil are “reorganizing” their genetic material to adapt to the changing soil temperatures. Using DNA and RNA sequencing tools, the researchers have been able to identify what kinds of microbes are at work and how they are consuming various “stocks” of carbon in the soil. But in the past 26 years, the soil in the heated plots has lost 17 percent of its carbon.

“Suppose this 17 percent loss were typical of forest ecosystems around the world,” Melillo says. “How much carbon might we think we would lose? The answer is about 200 billion metric tons. That’s equivalent to 20 years of fossil fuel carbon release at carbon levels. It’s quite a bit of carbon.”

If forest soils in other parts of the world respond similarly, there might be a self-reinforcing feedback loop that pumps increasing amounts carbon dioxide from the soil into the atmosphere—a loop that can’t be turned off. The Fifth Assessment by the International Panel on Climate Change released in 2014 dropped mention of the soil-carbon feedback loop from its executive summary. That was because shorter-term soil-warming experiments at other forest sites had not recorded the on-again, off-again release of CO2.

But this latest study reopens the scientific debate. “What it is showing is that actually we should be concerned about this feedback,” says Yale soil and ecosystem ecologist Mark Bradford, who was unaffiliated with the study. “It puts it back on the table.”

Melillo says the biggest challenge in running the study—apart from a lightning strike that fried the experiment’s control station—was keeping it funded by the Environmental Protection Agency and Department of Energy for 26 years. (Most experiments, he says, are lucky to get two or three years of grant money.) Sometimes scientists need to keep at it for a while, for their time machines to reveal a clear vision of where the planet is headed.