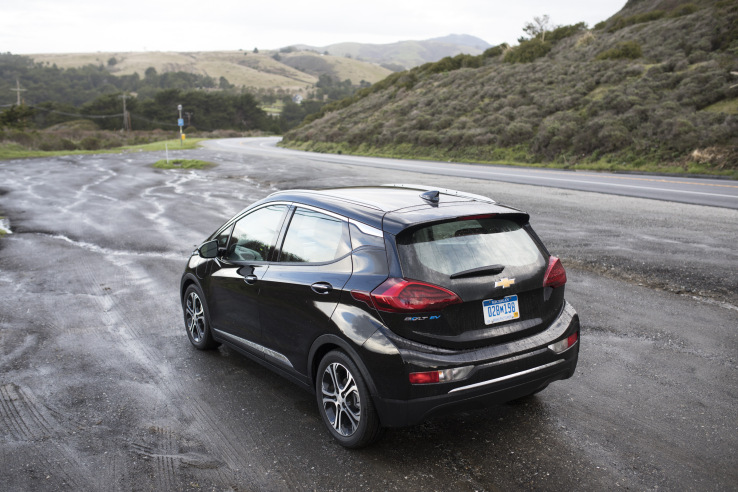 GM today announced a strategy to eventually deliver a zero emission product line across all its segments, though it didn’t put a specific timeline on when it would achieve that goal. The process is complex, said Mark Reuss, EVP Global Product Development, and GM doesn’t see there being “one year where we flip a switch and it’s all electric.”

Still, GM is committing to rolling out two new all-electric vehicles within the next 18 months, and to having at least 20 new all-electric vehicles in the market by 2023. GM also debuted its new SURUS fuel-cell concept platform today, which is a four-wheel steering concept truck-based vehicle with two electric motors and a flexible design which could work with a range of different vehicles in commercial capacities, including delivery vehicles, trucks or ambulances.

This build on previous declarations made by GM CEO Mary Barra, who announced that the company is ultimately committed to world with zero emissions, and zero crashed. The Chevrolet Bolt has helped immensely with progress towards the zero emissions part, Reuss said.

He noted that GM has sold “thousands” of the Bolt in its first year, and that Chevrolet customers “love them.” Reuss also added that the Bolt is a “window into how GM will move humanity forward in the future, with all-electric propulsion.”

Reuss added that “GM believes the future is all-electric,” and that “these aren’t just words in a war of press releases,” referring to the spate of recent announcements by automakers committing to offering either hybrid or electric versions of their entire lineup by some future date. GM cautioned that its approach will be more methodical, however, and based on user feedback.

“An electric solution cannot be one size fits all,” Reuss said. “We believe you need both battery electric and fuel cell electric… how we apply each of these technologies will depend on what we hear from customers about their needs.”

Meanwhile, GM said it will continue to increase efficiency of fuel injection vehicles to facilitate the transition. Reuss noted that GM has advantages in this race because
“light weighting of vehicles has been a priority over many years,” even with its fuel cars, and you then combine that with the agility of the battery pack, and GM’s strategy of reducing the coast of battery packs in use by reducing the size of the battery pack itself to find its competitive advantage.

Reuss repeatedly emphasized the importance of fuel cell electric in GM’s zero emission strategy, since it’ll become part of both consumer retail and military, commercial, utility segments for the automaker. He said that they’ll start with commercial infrastructure to support such a rollout, and then have that transition to informing the retail segment infrastructure rollout as well.

GizmoCrazed - March 26, 2016 0
With record-breaking speeds for fiber-optic data transmission, University of Illinois engineers have paved a fast lane on the information superhighway - creating on-ramps for...

Scientists Find a Brain Circuit in Mice That May Encourage Overeating