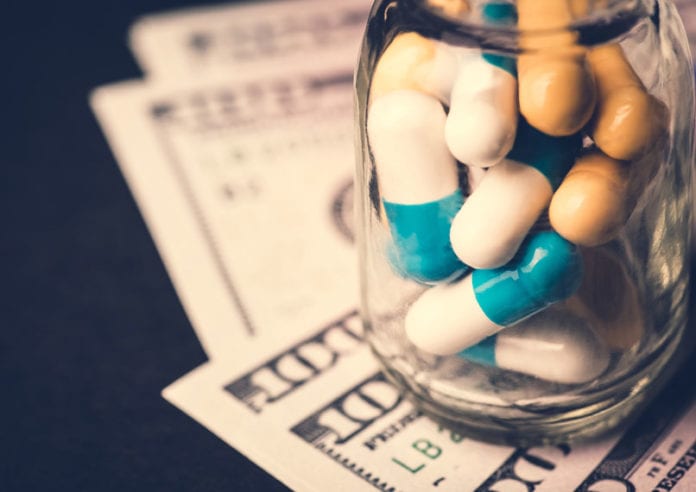 Paying a higher price for something is typically associated with positive benefits. When you shell out more for a thing, you feel it’s faster, stronger, softer or cleaner. You know that premium you paid was worth it.

But when it comes to medication, the association between high price and added benefits is sort of flipped on its head: A medication perceived to be expensive was associated with more negative side effects. That, at least, is a key finding in a new study published Thursday in the journal Science.

You’ve heard of the placebo effect, right? Give someone with a sore back an ineffective sugar pill, tell them it’s aspirin, and if they report feeling better, they were likely aided by the placebo effect. But doing nothing actually works, and scientists are studying the placebo effect in order to unlock the brain’s “inner pharmacy,” and encourage healing without using “real” drugs.

The placebo effect also has a shadowy twin: the nocebo effect. Now, giving your friend with a sore back a sugar pill would make them feel worse. There’s no way that an inactive pill intensified their pain, but they associated their discomfort with it anyway. Alexandra Tinnermann and colleagues took a closer look at this effect, and tried to understand how cognition influences our sensitivity to pain.

Researchers enrolled 49 people to test the efficacy of two anti-itch creams: one that came in expensive-looking packaging, and another that came in a cheap-looking orange packaging. The creams were identical, and neither contained active ingredients.

Researchers told everyone that an increased sensitivity to pain was associated with the creams. Half of the participants were told they received the “expensive” cream, while the rest were told they got the cheap stuff. Then, researchers rubbed the cream into a patch of skin on their forearm, and applied heat to elicit mild discomfort.

Everyone had the exact same, ineffective cream rubbed into their skin, but those who were given the “expensive” cream reported greater sensitivity to the heat test and the nocebo effect increased over time in this group. “The most likely explanation is that participants infer that expensive medication contains a more potent and effective agent and, consequently, produces more side effects,” researchers wrote in their study.

The ointment test was just half of the experiment. Tinnermann and co. also developed a fMRI technique that measures the simultaneous activity of the cortex, brainstem and spinal cord. Basically, they could monitor the entire pain-processing system in the body to see how cognition affected pain sensation. They noted portions of the spinal cord that were activated during the nocebo affect, and found two regions of the brain that were linked with price perception and altered sensations. They haven’t figured out how it all works, but they have some targets to explore more deeply.

The placebo and nocebo effects are common in clinical trials; sometimes participants even drop out of studies due to side effects, even though they were in the control group. Nocebos and placebos, therefore, are powerful variables in the process of drug development, so understanding the underlying mechanisms can help researchers design better experiments, or even reveal new ways to manage pain without relying on a drug.