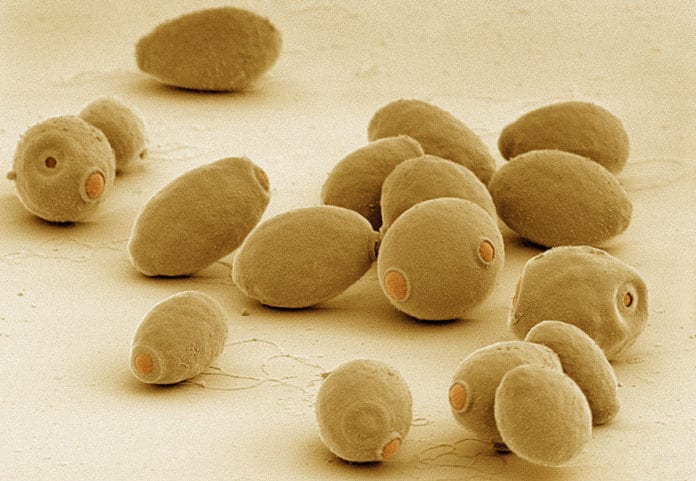 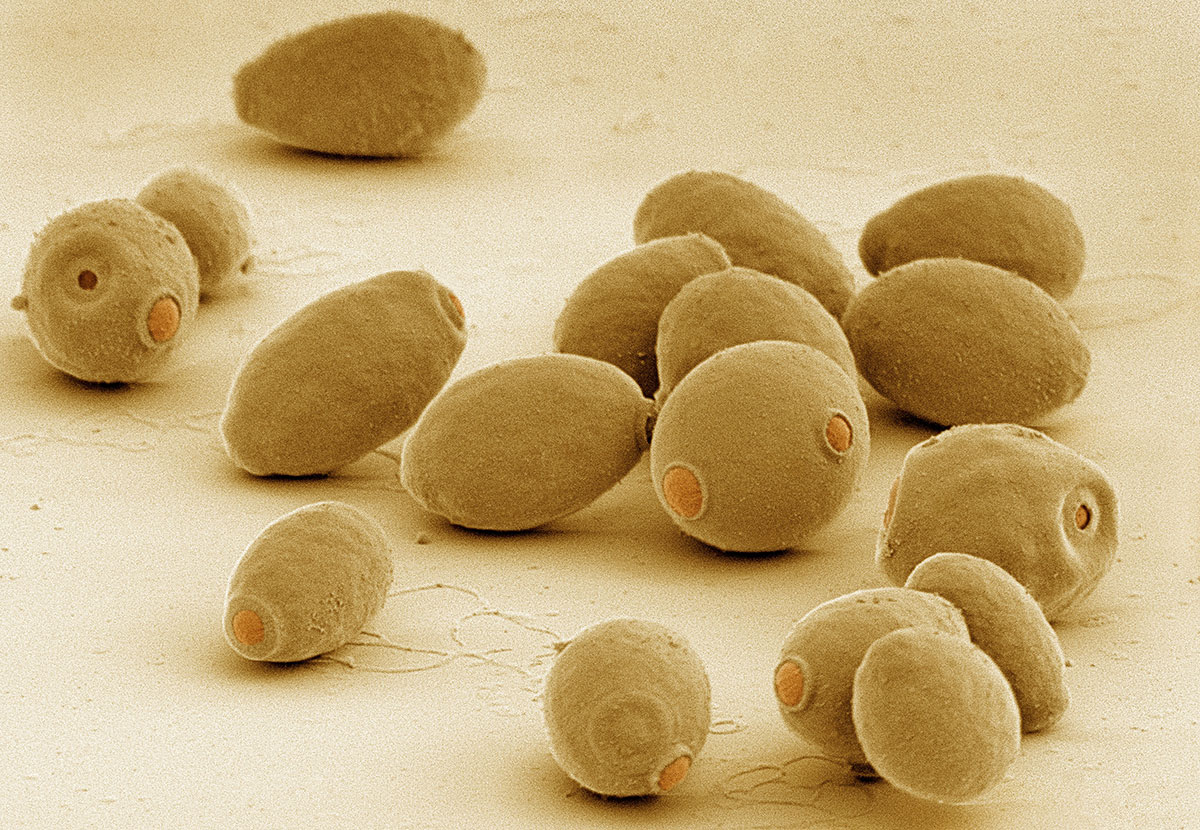 In the lab at Bolt Threads in Emeryville, Calif., technicians are using yeast enhanced with spider DNA to brew silk proteins that are spun into textiles. Bolt researchers control fabric qualities, like stretch and softness, by manipulating protein chemistries, fermentation conditions and other aspects of the spinning process. In 2016, the company received $50 million to scale up production, even partnering with apparel company Patagonia to develop designer products.

We’ve been slipping foreign DNA into yeast since 1978, when Gerald R. Fink at MIT figured out how. In 2015, scientists swapped genes crucial for yeast survival with human versions, and of the 414 genes they tested, nearly 50 percent of the human proteins could keep the yeast alive.

Today, yeasts are programmed to secrete human proteins used in vaccines, insulin and other biopharmaceuticals.

Beard Beer, from Oregon-based Rogue Ales, is brewed with a strain of wild yeast harvested from nine beard hairs plucked from brewmaster John Maier. The Baltimore Sun said the American wild ale has a “smooth finish and citrus notes.”

In 2015, British blogger Zoe Stavri reportedly baked a sourdough leavened with yeast from a vaginal infection — granted, it was a very small amount. Candida albicans, the typical culprit behind such infections, likely played a role in this baking project. Doctors do not advise repeating this at home.

We’ve used yeast to convert plant cellulose and starch into biofuels like ethanol for decades; however, the process still isn’t efficient, and scientists are genetically altering yeast to change that. Yeast doesn’t function well in high alcohol concentrations, so upping its resistance is one objective. Also, coaxing yeast to move beyond glucose to sugars found in non-food plant fibers could lower costs.

As it stands, 90 percent of car engines still run on petrol, as opposed to alcohol.

GizmoCrazed - April 21, 2019 0
Every time a man ejaculates, he produces somewhere between 40 million and 1.2 billion sperm. About half of those tiny swimmers carry an X...

Scientists Discover A Protein That Seems to Fight Aging In Our...

Facebook is working on a music app to rival TikTok: report