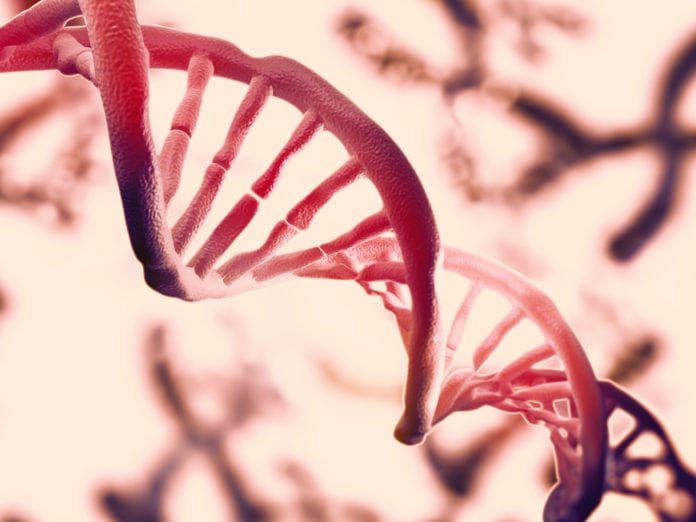 The human genome is composed of some 3 billion base pairs, the individual molecules that compose our DNA. A mutation to just a single base pair can have dramatic consequences if it occurs in certain locations. Cystic fibrosis, sickle cell anemia, Tay-Sachs disease and more are caused by point mutations, or aberrations in just a single letter of our DNA.

Those letters, A, T, C and G, represent the four molecules, or nucleotides, that comprise the alphabet of our genomes. In research published today in Nature, scientists say that they have developed a means of swapping those letters out without resorting to the kind of cutting and pasting that is utilized by other genome editing technologies, and which can lead to harmful off-target effects.

The work builds on a technique introduced last year that allowed researchers to change C-G base pairs to T-A base pairs. Those kinds of mutations account for only about 15 percent of harmful mutations in humans though. The same researchers have now developed a new process that covers the other set of bases by converting A-T pairs to G-C pairs.

“By far the most common kind of disease-associated point mutation in humans, and probably in all living systems, is the mutation of a G-C base pair into an A-T base pair,” says study co-author and Harvard chemical biology professor David Liu. “This class of mutations … accounts for about half of the 32,000 known pathogenic point mutations in humans.”

Their technology is called an adenine base editor, or ABE for short. It’s an enzyme, created in the lab, that chemically removes an amino group from the adenine molecule — the letter A in the genome — and turns it into an inosine. Cells treat inosine the same way that they treat a G nucleotide; in other words, an A has been functionally swapped for a G.

The technique makes use of a modified CRISPR complex that is unable to snip the genome apart as it usually does. Instead, it binds to a target sequence in DNA and delivers the enzyme. Once the A base has been transformed, the enzyme also tags the T base it was paired with. This causes the cell to naturally modify the T to a C, completing the A-T to G-C transition and reversing a harmful mutation.

No Cut and Paste

Because the ABE enzyme can make changes to DNA molecules directly, it avoids cutting and pasting, which is a hallmark of techniques like CRISPR. While CRISPR is undeniably helpful in some cases, such as when entire genes must be inserted or deleted, when it comes to point mutations, precision is key. CRISPR can often cause harmful side effects when it binds to the wrong targets in the genome and snips out or replaces incorrect base pairs. So-called off-target effects have derailed many attempts at using CRISPR to treat genetic diseases. The ABE enzyme, by contrast, simply changes a pair of letters in the DNA double-helix.

The enzyme is remarkably accurate, the researchers say. In tests with both bacterial and human cells, they observed both inaccurate insertions or deletions of base pairs and conversions of base pairs to something other than G-C less than .1 percent of the time. This is markedly better than current CRISPR methods, and should drastically lower the chances of making unwanted edits to the genome. The technique’s accuracy could stem in part from the fact that human body has no means of doing this kind of editing itself, according to Liu.

“The cleanliness of ABE might be an unexpected upside to the challenge of not having a natural enzyme that converts A to inosine in DNA,” he says.

Liu’s team also tested their enzyme in human cells derived from patients with hereditary haemochromatosis, a point mutation disease that causes a dangerous build-up of iron in the body. The ABE enzyme replaced the point mutation with the correct base pair, an important proof that the technique will work in human cells. Tests in actual humans are still to come, however.

It’s one of two major gene-editing breakthroughs announced today. Feng Zhang, a CRISPR pioneer at the Broad Institute, and his team announced that they had figured out how to correct a common mutation in RNA using a different modified CRISPR complex. Like Liu’s technique, their approach also modifies an A to an I, though in RNA, not DNA. Because it works in RNA, the technique would be better applied to treat short-term conditions like inflammation.