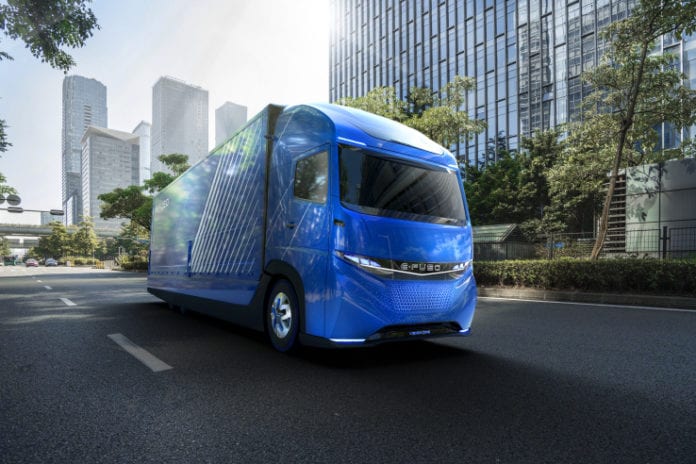 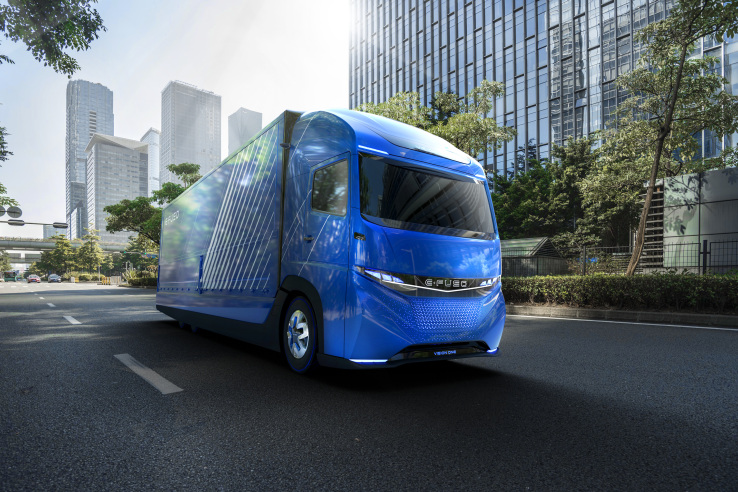 Daimler has a new all-electric semi truck that it revealed at this year’s Tokyo Motor Show, with a range of around 220 miles on a single charge and a heavy-duty towing capacity of around 11 tons, or just two tons less than its diesel equivalent.

The Vision One packs in batteries with storage capacity of up to 300 kilowatt hours, and that 220 miles of range allow for short haul trips between relatively closely spaced cities – not suitable for long haul, of focuses, but more flexible in terms of carrying large loads over medium distances.

The E-FUSO brand is also a new sub-brand of Daimler’s Mitsubishi trucking unit, which will lie alongside FUSO but focus on its all-electric ambitions and aim of delivering a purely electric version of all the trucks across its range. Mitsubishi Fuso Truck and Bus co. notes that it’s the first vehicle maker of its kind to have a brand dedicated to EV buses and trucks.

This truck debut comes after FUSO has started to deploy its eCanter light duty truck to its first commercial customers, and just ahead of the debut of a Tesla’s electric heavy-duty transport truck, which is set to be unveiled next month at a special event.

Tesla’s truck is reported to have a range of between 200 and 300 miles, which could put it right tin line with the new E-FUSO Vision One. This is definitely a shot across the bow of Tesla’s trucking ambitions, though we’ll have to see what Elon Musk’s company will be demonstrating in terms of additional features, including perhaps autonomous capabilities, that it thinks will set its offering apart.