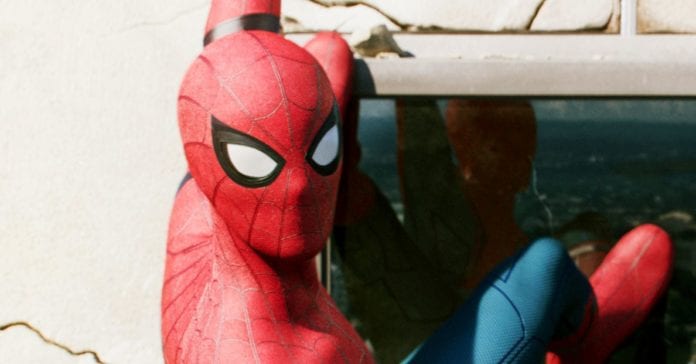 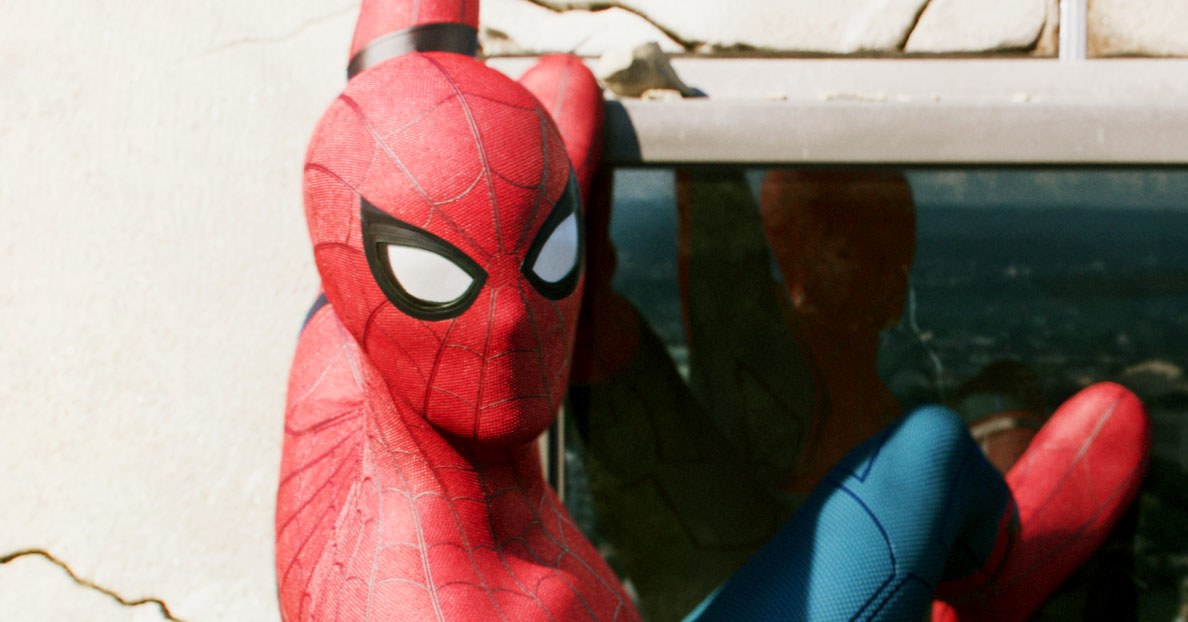 Now that Spider-Man: Homecoming is available on DVD and digitally, I can start analyzing the physics in my favorite parts of the film. Normally, I love looking into the physics of superheroes—the flying, the swinging, the clobbering. But this time, physics shows up in a different way.

Near the beginning of the movie, a scene shows Peter Parker in his physics class. The teacher asks a question that is first answered by Flash, then Peter. It goes like this:

Teacher: OK, so. How do we calculate linear acceleration between points A and B?

Flash: Product of sine of angle and gravity divided by the mass.

Also, we get a quick view of the board—which I’m assuming goes with the question the teacher asked. I recreated the basic parts of the drawing so you can see what they’re talking about.

Turns out, superheroes don’t just illustrate physics—they do physics, too! But just like movies can show less-than-plausible physical feats, they can screw up chalkboard examples like this, too. How did Spider-Man: Homecoming do?

What is the question really asking?

This is tough. Movies aren’t usually heavy on physics jargon, so I’m not 100 percent certain of the question the teacher is asking. What does “linear acceleration” even mean? Really, there are only two options. Linear could mean in one dimension. But since this problem is likely dealing with the swinging pendulum from the board, one dimension doesn’t make much sense. The other option is for linear to mean the component of acceleration in the direction of motion. I know that sounds crazy, but let me start with the definition of average acceleration:

OK, there is another part of the teacher’s question that is confusing. What does “between points A and B” mean? The diagram shows point 1 and point 2, so I guess she means those two points. So, here’s the real problem with this problem: The acceleration isn’t constant during that part of the swing. This makes it sort of difficult to calculate (but I will anyway). Another option is to calculate the acceleration at just one of the points—maybe point 1 or maybe point 2. Or maybe she meant the acceleration right in between point 1 and 2, right at the middle of the swing. Who knows! I don’t know how Peter answered this question.

What is the real answer?

Since I don’t really know the question, I am going to answer all the questions—and maybe that way we can figure out what the teacher meant. First, what is the acceleration at point 1 (and 2 would give the same answer)? Let me start with a force diagram at point 1.

The string prevents the mass from getting further away from the pivot point (assuming the string is unstretchable) to keep it moving in a circular path. At point 1, the mass is at rest and not accelerating towards or away from the pivot point. It can only accelerate in a direction that is perpendicular to the string. The tension in the string doesn’t pull at all in this perpendicular direction. That leaves just a component of the gravitational force with a magnitude of:

Boom. That’s the answer that Peter Parker gave. Double boom—yes, the mass does indeed cancel. Also, this would be the “linear acceleration” at point 2 but just in the opposite direction.

Just for fun, here is a numerical model of a swinging pendulum. Let me give you a warning, the pendulum isn’t really the simplest physics problem. Maybe it’s not really appropriate for high school physics. But here it is, a python model of a pendulum. Feel free to mess around with the code (just click the pencil to edit and the play button to run it).

Actually, with that model you should be able to find the acceleration for any question that is asked.

What would be a better question?

Whenever I point out something that doesn’t work so well in a movie, I like to offer an alternative. But wait. Maybe this scene is OK the way it is even though the question is not so great. Perhaps this scene shows that Peter Parker has to put up with silly questions in real life but he can handle them just fine.

But if the goal of the scene was to show that Peter is a brilliant scientist (he did invent chemical-based spider webs, after all), maybe the teacher could have asked something like this:

“If you had a similar pendulum but with a larger mass, what would happen to the motion?”

“Since both the gravitational force and the acceleration depend on the mass, the mass cancels out.”

That might be a better question. Or wait—here’s an even better one:

“Would it be faster for Spider-Man to run or swing?”

I guess this goes back to the question—is it OK for the science to be less than perfect in a movie? For me, I think the answer is “yes.” The goal of the movie is to tell a story. If wrong science helps build that story line, then so be it. Of course sometimes the movie creators could make choices that are both scientifically correct and advance the plot of the movie—that’s the best case scenario, but it’s not always possible. Demanding that science be perfect in movies would be like demanding that scientific papers always rhyme. Although that would be cool…