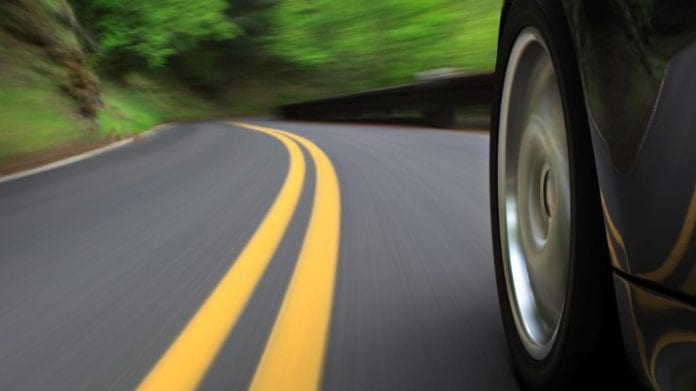 Through its EnerNOC subsidiary, Enel acquired San Carlos, Calif.-based Electric Motor Werks for an undisclosed amount, in a transaction that could be a harbinger of things to come for a new generation of grid storage and power management software companies.

“Electric vehicles have the potential to be one of the most disruptive technologies the modern electricity grid has faced in the last one hundred years,” said Francesco Venturini, head of Enel’s Global e-Solutions division, in a statement. “The electric mobility revolution is leading utilities, grid operators, and consumers to rethink traditional business models, invest in new infrastructure, and roll out new solutions to provide flexibility and resiliency to the grid.”

Driving the acquisition is a flurry of news over the past few months as carmakers have committed to moving their fleets to full or hybrid-electric drive trains.

In fact, Volvo and Jaguar Land Rover have gone so far as to say that their entire fleets of vehicles will be electric or hybrid-electric by 2019 and 2020, respectively.

The road to this electric vehicle future is being paved by announcements from some of the world’s biggest economies of their intention to ban the sale of diesel and gasoline cars. So far, France and England are looking at a ban on combustion engines by 2040, while India and China, the world’s most populous nations, are also planning a ban on gas vehicles within the next 20 years.

Utilities are responding to the changing nature of vehicle fleets and the fuel that will power them. In fact, in this year alone, utilities in California have proposed over $1 billion for residential and commercial charging networks for electric vehicles.

Through partners like Clipper Creek, AeroVironment and Volta Charging, and its own charging station sales, eMotorWerks has deployed roughly 25,000 systems, according to the company’s chief executive Val Miftakhov.

What differentiates eMotorWerks from other charging companies like EvGo, which was acquired by the private equity firm Vision Ridge last year, is its focus on residential — rather than commercial — charging stations.

By buying eMotorWerks, Enel picks up more than just a network of home chargers. It also gets a power management and load balancing system. Through the actual installed chargers that eMotorWerks manages it has access to roughly 10 megawatts of storage at peak power times available for sale to utilities as they need them, according to Miftakhov.

The power management software that the company has developed allows it to manage when cars on its network will recharge… meaning that it can act as a load balancer for utilities, drawing down power from renewable sources when demand is lower, and feeding power into the grid for load management during demand spikes.

“The California grid is divided into zones and each of the zones has its own pricing,” says Miftakhov. “We organize our energy groups by zones, categorize the load and use the information to go back to the grid operator and tell the utility about flexible capacity and we can use that to balance the grid.”

Issues of power management and control will be critical as more electric vehicles are added to the grid.

Indeed, recent reports indicate that local distribution points may not be able to stand up to the increases in energy demand without some sort of power management system.

A report from FleetCarma, a logistics and networked fleet management technology developer, outlined the breadth of the problem. Typically, electric vehicles require the same amount of power as a small household to make a roughly 30-mile round trip. That puts a lot of stress on transformers, which manage the distribution of power among neighborhoods.

According to the FleetCarma report:

Some studies suggest that higher penetration rate of electric vehicles increase transformers’ loss-of-life factor, even by up to 10,000 times. And this comes with a hefty price tag. The Sacramento Municipality Utility District, for example, has recognized that about 17% of the company’s transformers may need to be replaced as a result of EV-related overloads, at an average estimated cost of $7,400 per transformer.

There are some attempts made to help the utilities plan ahead and avoid serious and long-term degradation of electricity reliability. California and Texas, for example, are considering notification systems that inform power companies when a citizen buys an electric car in their service area. Other jurisdictions may follow suit.

“There’s a little movement afoot here in the middle of flyover country,” Chuck Caisley, KCP&L’s vice president for marketing and public affairs told NPR a few months ago. “We’re awfully excited about the prospect of this kind of transportation, and so we wanted to be catalytic to that.”

As Bloomberg’s Gadfly notes, utilities should be ecstatic about the prospect. If the world goes to electric, that means as much as 20 percent growth in demand for power.

Let’s just take light-duty vehicles with a short wheel base (not heavy trucks or buses), of which there were about 190 million on the road in 2015, according to government figures. For the sake of simplicity, replace them all with a full battery-electric vehicle that gets 3.5 miles per kilowatt-hour, loses 10 percent of the power it takes as it charges and discharges, and travels 13,000 miles a year.

Presto! You’ve basically created an entirely new center of demand for power rivaling the entire industrial sector of the U.S.

Enel certainly thinks the highways of the future will be traversed by EVs and that the company’s future in part depends on it.

“Our mission is to be on the cutting edge of this paradigm shift, where consumers can play a more active role in energy generation and use,” says Venturini. “This acquisition enriches our e-mobility offering and integrates a highly sophisticated smart EV charging solution within our portfolio of grid flexibility services, which includes the world’s largest demand response network, distributed energy management systems and battery storage solutions.”