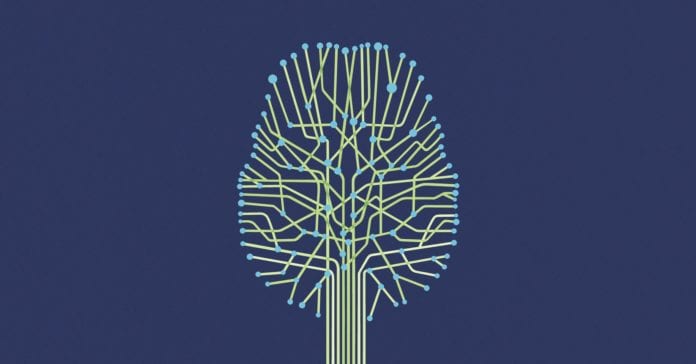 On October 1, Stephen Paddock killed 58 people and wounded 546 more, firing multiple rifles from a hotel room in Las Vegas overlooking an outdoor concert. Then he killed himself. No one knows why he did it.

As part of the attempt to figure that out, The New York Times and others report, the Clark County Coroner’s office is sending Paddock’s brain to the Stanford University lab of Hannes Vogel, a neuropathologist. Vogel (who, at the request of Stanford’s communications office, is not speaking to the press) will perform both visual and microscopic examinations of Paddock’s brain, looking for abnormalities, tumors, degenerative illnesses, or anything else that might suggest why an otherwise unassuming video poker player would turn his extensive gun collection on innocent people.

Nobody thinks it’s going to work.

Sure, this is due diligence, part of a complete investigation. Vogel is a pathologist, so maybe he’ll find something pathological—maybe a tumor in the ventral medial or dorsolateral prefrontal cortex, parts of the brain that have to do with impulse control and willpower. Damage there, or maybe to the inferior posterior ventral cortex can also make people more violent.

Under a microscope, stained with various dyes, a brain can reveal degenerative disorders that can contribute to depression or poor emotional control.

But people get tumors and degenerative diseases all the time. Most of them don’t become vicious killers. “If you have a mass murderer and you looked at his brain, it would completely amaze me if you could see anything relevant or useful,” says Christof Koch, chief scientist and president of the Allen Institute for Brain Science. “The brain probably looks relatively normal.”

That, in short, is the “mind-body problem” that scientists and philosophers have struggled with for as long as there have been scientists and philosophers. You have the meat (billions of neurons and other gunk performing electrochemically networked computation) and you have the ghost—the perception of sensory inputs, their reconstruction inside the brain, the processing of those reconstructions into something comprehensible, and maybe even an awareness of some of that processing. In other words: consciousness.

Neuroscientists actually know quite a lot about the human brain and the mind it generates. At the Allen Institute and elsewhere, they’re building maps of all those neural connections. They can build interfaces into it, wires that go through the skull and into the cortex so that people can control wheelchairs or play piano. By applying machine learning algorithms to brain activity as volunteers watch images for hours inside an fMRI tube, computers can learn to infer from changes in that activity what the person is seeing—to, in essence, read people’s minds. And it works on more than visual input; you could put the same algorithms to work figuring out how someone felt. Is that flower pretty? Is that car cool? Which dress looks better? “I see no a priori reason that couldn’t be done today,” Koch says. “Maybe someone is doing it.”

It’s not phrenological poppycock to say that brains change physically with new experiences. It’s called plasticity. London cab drivers, for example, famously have to acquire a detailed spatial map of the city as part of their training, and they also acquire an enlarged hippocampus. Stimuli and experiences perceived by the mind change the connections in the meat.

As a presumably skilled user of guns (and player of poker and frequent guest in Las Vegas hotels), maybe Stephen Paddock’s brain has some physiological variance from someone who wasn’t any of those things. But none of that is likely to explain why he kept pulling that trigger. “Sure, you can point to locations in a brain and say, yeah, this general part of it is processing this kind of information,” says Michael Graziano, a neuroscientist at Princeton University. “You can point to structures deep in the brain and say, ‘these have a crucial role to play in emotion, and when this spot revs up it’s associated with anger and rage.’ But in terms of understanding—at the detail level, the circuitry level—how it works and why one person is different from another? Wow, that’s really unknown.”

Investigators and others looking for answers about Las Vegas would like to find that one mechanistic synapse, the one electrical moment that went zing instead of zap and led to the deaths of 58 people, to trauma and injury felt by so many more, rippling outward from that concert. It would give it all some kind of meaning. But it isn’t there. Even if it was, it wouldn’t change what happened.

It might, perhaps, keep it from happening again. Maybe you could imagine a bigger research project. Take the brains of 100 mass murderers, or 1,000, and put them through an analytical gauntlet. Do the same for brains of non-murderers—with the researchers blinded to which brains are which. Maybe you’d find a difference, as one researcher did with the brain scans of violent psychopaths.

But then what? Could you imagine, say, pre-emptive surgery or psychopharmacological intervention on people who hadn’t done anything wrong because their brains looked murderous? The researcher working on psychopathy found the tendency in his own brain, too—and he wasn’t a murderer. “If it is true there are systematic differences in the criminal brain, which I sort of doubt, it’ll be good to understand why those brain structures might give rise to criminal behavior,” Koch says. “Then maybe that’ll teach you more how to help people.”

Of course, Koch adds, society already knows some ways to keep children from tending to grow up to become criminals: Give them a good education, proper nutrition, and limited exposure to violence and other stressors.

That knowledge makes the mysteries of Stephen Paddock’s brain even more chilling. People will look at his brain—at the meat, the machine, the matter—in the hope of finding something to blame for his rampage. They’re looking for a physical instantiation of the mind. Because without one, the fault has to fall somewhere else—on some shadowy cause that pushed an otherwise sane mind to commit an insane act, or on the ease with which a quietly insane mind could acquire so many dangerous weapons.

If Veber doesn’t find a tumor or other disease in that brain, the problem with Stephen Paddock won’t have been pathological. It’ll be psychological—or societal. And that’ll mean that society will have to try to fix it.

The Dew Drop of Saturn

GizmoCrazed - May 2, 2016 0
The water-world Enceladus appears here to sit atop Saturn's rings like a drop of dew upon a leaf. Even though it looks like a tiny drop...

The Mysterious Math of How Cells Determine Their Own Fate