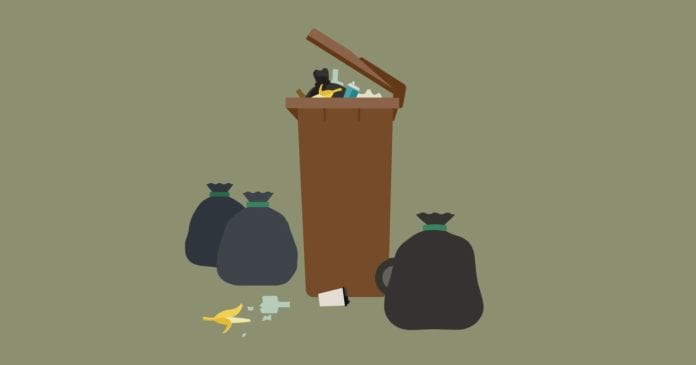 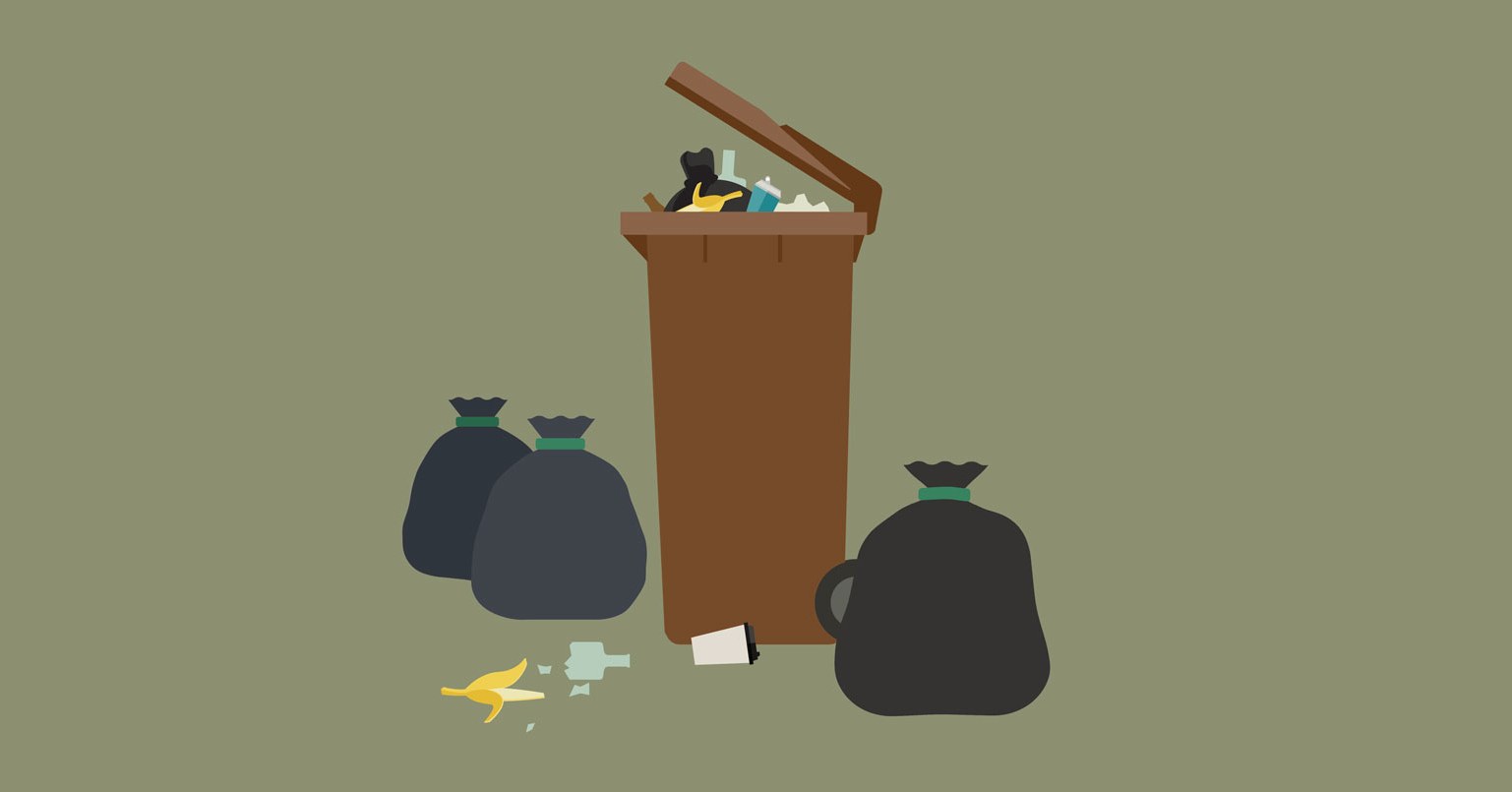 This story originally appeared on Citylab and is part of the Climate Desk collaboration.

Last winter, teams of researchers in three US cities donned goggles, gloves, and respirators, tore into bags of other people’s household garbage, and then pawed though the contents. Separating slimy banana peels from clumps of coffee grounds was dirty work, but it had a laudable goal: trying to get a handle on how much food waste could have been consumed or diverted before winding its way into the waste stream with a one-way ticket to the dump.

The problems associated with urban food waste are no mystery. Proof of the problem is everywhere, in overflowing garbage bins and grime-slicked compost caddies. Food scraps contribute to the already sizable piles of refuse that cities must haul to landfills; shuttling edible castoffs to people in need requires labyrinthine routes and mind-boggling logistics; and gases released by decomposing leftovers detract from cities’ work toward reining in emissions. But there’s surprisingly little hard data about who’s wasting what, and where, which makes it harder for cities to address the issue.

To sniff out specifics, the engineering company Tetra Tech (in collaboration with the Natural Resources Defense Council and the Rockefeller Foundation) recruited more than 1,151 residents in Denver, New York, and Nashville. Of these, 631 supplied qualitative info in the form of kitchen diaries noting what they tossed and why. Researchers also inspected the contents of 277 residential trash bins, and 145 containers of commercial or industrial garbage.

Now, the team has digested the data in a pair of reports, released Wednesday, that take stock of how food waste shakes out in these cities, and what they can do to clean up their act.

Proportion of wasted food by sector.

The researchers divided trashed food into three categories: stuff that is typically edible, questionably edible (including peels and cores), and inedible (such as pits, bones, and egg shells). They then tallied up findings from the bin digs and kitchen diaries to gauge how much is going to waste in each city. In Denver and New York, residents trashed the majority of the wasted food; in Nashville, the residential and restaurant sectors were neck and neck.

Denverites trashed the most edible food—about 7.5 pounds per household each week—followed by New York (5.4 pounds) and then Nashville (4.6 pounds). Overall, these sums are lower than previous estimates from ReFED, a consortium of food-centric organizations, which placed the weekly figure around 11.6 pounds per household.

Across all three cities, coffee and grounds were the goods most often pitched in the trash, trailed by bananas (in Nashville and New York) and chicken (in Denver). Apples, bread, oranges, and potatoes also topped the list, as did discarded dairy products.

Types of food wasted by city.

In the accompanying kitchen diaries, respondents described why they opted to jettison these scraps. Forty-four percent of participants said they were getting rid of inedible portions; 20 percent reported moldy or spoiled food, and 11 percent indicated they weren’t interested in the leftovers. Only 4 percent of residents noted that they’d discarded food because it was past the date printed on the label, though perceived confusion over inscrutable labeling practices has spurred legislation to standardize and streamline “best by” and “use by” language.

The reports also qualified attitudes toward waste. Most respondents preferred fruit without blemishes; still, more than half of the respondents said they “always” or “mostly” excised bruised portions and salvaged the rest of the fruit or vegetable. And though some indicated that squandering food felt morally icky, 58 percent of the respondents indicated less guilt about wasting food if they knew it was going to be composted.

Judging by the kitchen diaries, though, most of the trashed food didn’t end up in the compost bin—53 percent went straight to the trash. In New York, which has a comparatively robust organics scheme, 37 percent of the self-reported discards ended up in the green bin. In Denver and Nashville, this figure was 24 percent and 28 percent, respectively, though respondents in Denver reported the highest rate of compost participation.

The researchers flag that discrepancy, among other sticking points: At least in New York City, they found that participating in a compost program led to more overall waste, compared with families whose garbage all goes into a single stream. In other words: Compost-happy residents were disposing of more total scraps than residents who just threw the whole lot in the trash. To counter that trend, the report’s authors recommend reminding consumers that “preventing food waste is preferable to composting it.”

All this surplus food could be put to better use. “An outrageous amount of food is wasted in our cities, yet at the same time many residents are in need,” said Dana Gunders, a senior scientist at NRDC, in a statement. The other new report documents the ways that cities can push back against hunger and food insecurity, which continue to nag cities, suburbs, and rural regions despite the excess of edible food. Some 13.4 percent of Tennessee residents are food insecure, according to a 2016 report from the USDA. Across New York State, that figure is 12.5 percent; in Colorado, 10.3 percent of citizens struggle to reliably access nutritious food.

The NRDC researchers compared current food rescue rates in the three cities to the maximum volume that could be intercepted, and found that it’s feasible to recoup tens of thousands of tons of packaged, raw, or prepared items across the board, from grocery stores, restaurants, caterers, coffee shops, schools, and more. In Denver, where 2,539 tons of food is currently rescued along the food chain, the researchers pinpoint an additional untapped potential of 4,232 tons—enough for about 7.1 million meals. These could go a long way in a city where nearly about 13 percent of residents lack reliable access to nutritious food.

But that goal is a lofty one: It assumes that all of the local businesses and institutions will buy in. The researchers also spooled up a less ambitious projection, in which participation rates are more modestly scaled up from their current numbers. That model would still translate to 901 tons of food, or 1.5 million meals—but it could require an infusion of $2 million to cover the cost of vehicles and storage space to accommodate the haul.

More than a prescription, the research is a starting point. “As more research in this vein is conducted, it will be easier to identify trends and potentially aggregate data for better extrapolation, better intervention design—and eventually, less wasted food,” the authors note. Urban areas can carry this charge, Gunders told me last year. “Cities can be setting targets in their community, and elevating the profile of the issue and raising awareness,” she said. “That’s a nice foundation. They can take a look at their waste policies.”

Cities can also redesign trash management from the ground up. As I wrote last week, a band of architects in New York, backed by the Center for Architecture and the Rockefeller Foundation, laid out a series of design guidelines that approach trash as a design issue, and turn to clever planning and ingenious interiors to help alleviate the burden while getting the city closer to Mayor Bill de Blasio’s goal of schlepping zero waste to landfills by 2030. That call for better engineering is echoed in some of the qualitative feedback in the NRDC reports. When asked what sorts of steps they hope their cities will take, most respondents gestured toward expanded compost programs or beefed-up public service campaigns.

Others asked for more options, arrayed in a smarter and more durable way. “Make it easier to compost and recycle,” one participant wrote. “Like many NYCers, I live in a small place and mice and cockroaches come up often. That means we keep our trash on a specific counter. Since we have to already split up our paper recycling, and have trash, there is no room for four bins!!! When we lived in San Francisco and we could throw all recycling in one bin, we composted a lot more often.”

Far from being a luxury, “design thinking is something people should demand from cities, architects, and supers,” said Benjamin Prosky, executive director of the Center for Architecture, at an event announcing the waste-reduction blueprint. Collecting, digesting, and acting upon ever-more-precise data can only sharpen its focus and impact.

GizmoCrazed - February 21, 2012 0
As the alleged date of revelation for iPad 3 comes closer the frequency of rumours about it's designs and features has increased many folds....

GM wants you to buy things without leaving your car