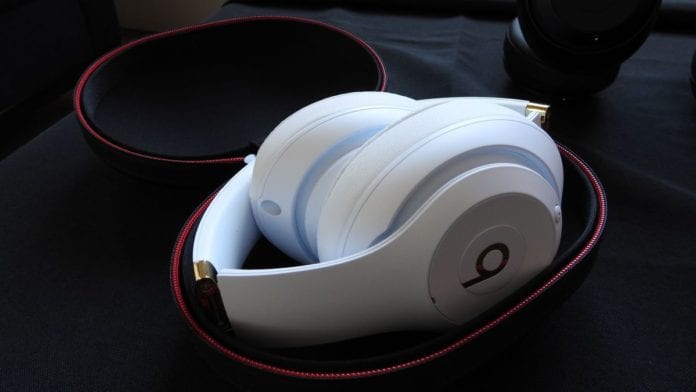 On Monday, Beats unveiled its latest Studio noise-cancelling headphones: Beats Studio3 Wireless, which, ironically, are also a good reminder that Beats is very much a part of Apple. 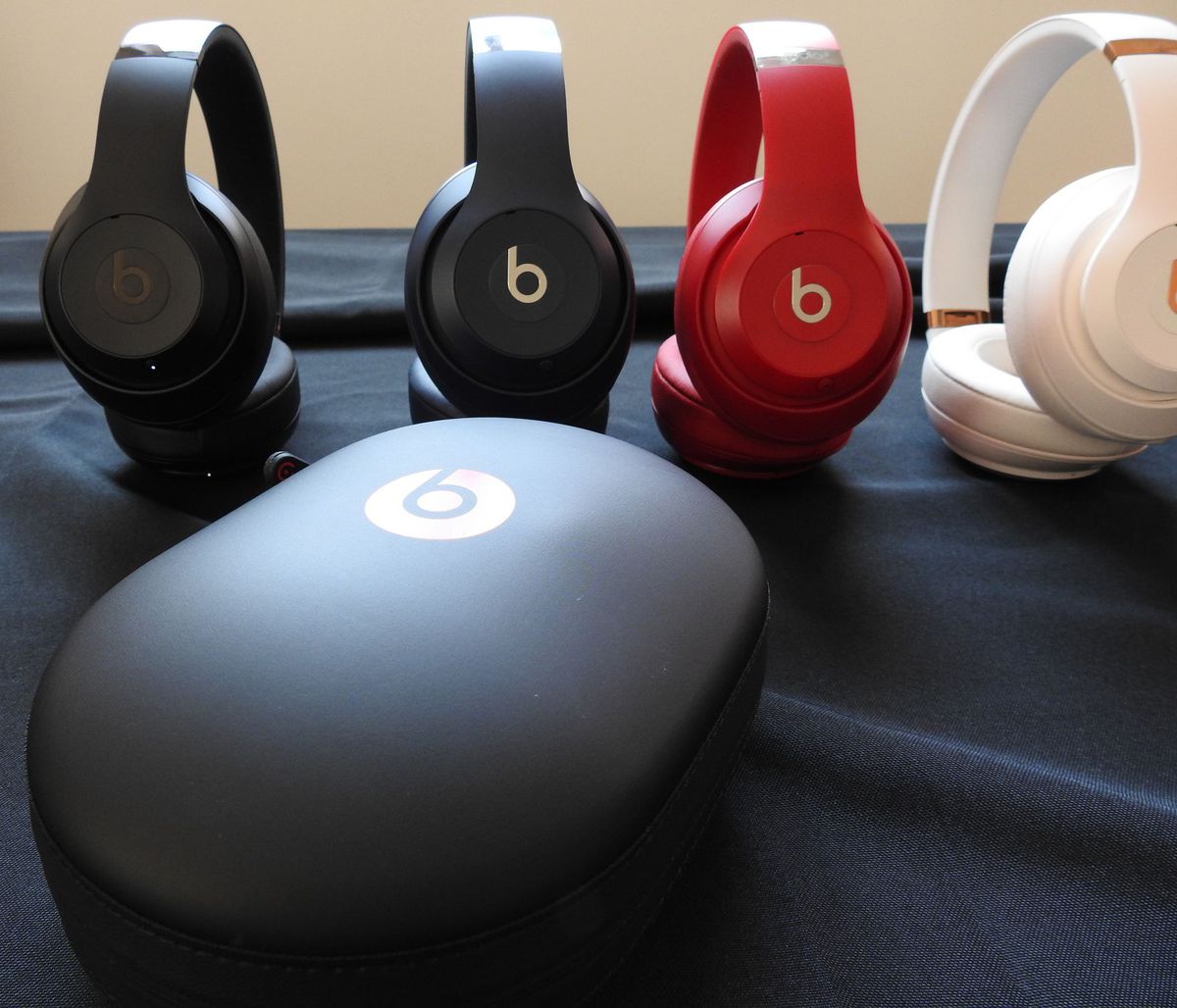 Each Beats Studio3 comes with its own case.

It’s even getting a little price reduction, down from $379 to $349, which Beats says is a side-benefit of the efficiencies and scale possible when you’re part of one of the world’s biggest tech companies.

What Beats has not done, though, is redesigned their Studio headphones. The newest model looks virtually identical to the Studio2 headset released in 2013 (the original Studios shipped in 2008). Beats execs told us they’re happy with the architecture of the sound enclosure and its audio performance, so they focused attention on changing everything else inside the headphones while maintaining almost the same weight. 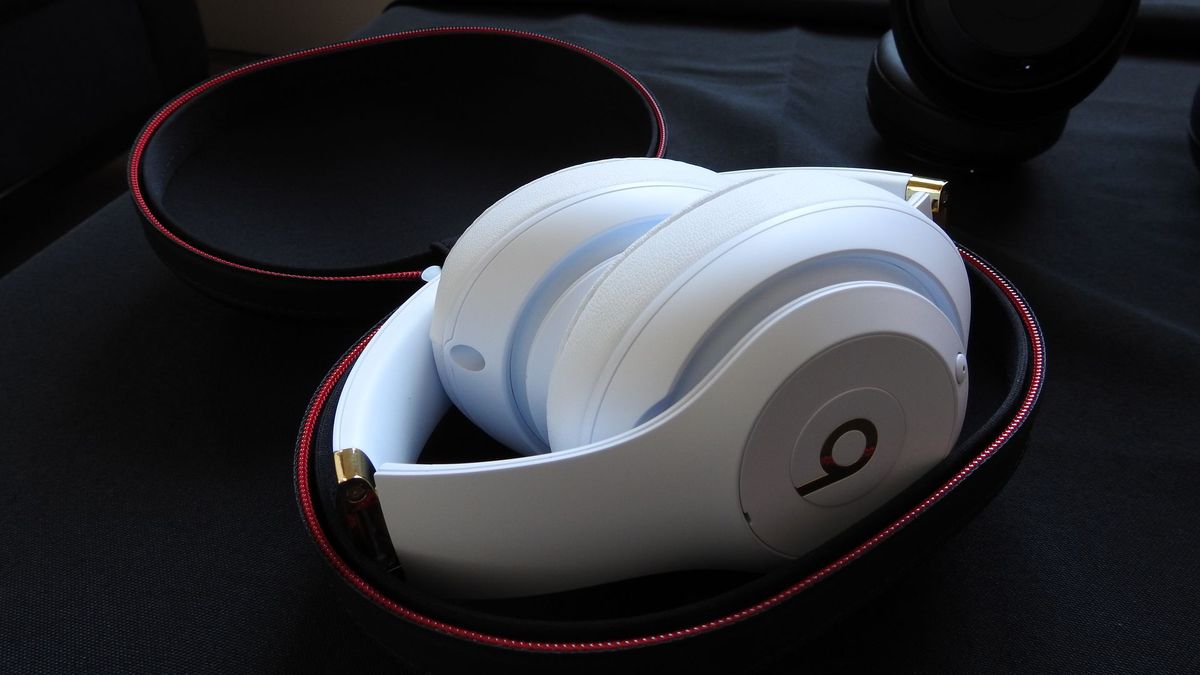 The noise-canceling headphones fold up to fit inside the case.

In addition to swapping out the transducers, Beats integrated Apple’s energy-sipping W1 Bluetooth chip, which Apple first introduced in its Air Pods in 2016. Apple’s custom-designed silicon brings proximity-pairing to the Studio3 headphones, which means that you can hold them near any of your iOS, iCloud-connected devices and instantly pair the headphones.

W1 is also a whiz at power-management. Last year, Beats introduced its Beats Solo3 wireless headphones featuring the W1, which boasted an incredible 40 hours of playback on a charge. The original Beats Studio headphones, which can work wired or wirelessly, promised around 10 hours of battery life. Beats claims 22 hours for the Studio3 headphones with W1 technology. 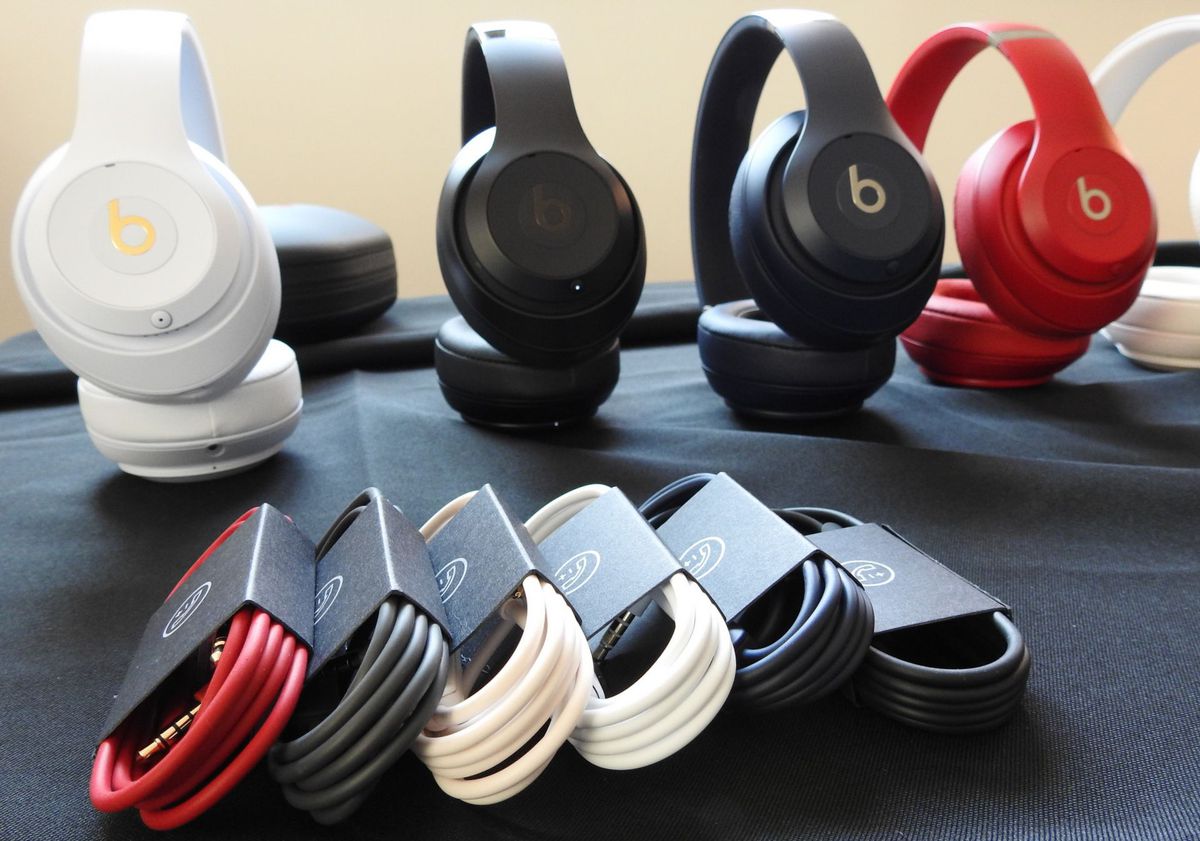 Though wireless, Beats Studio3 does ship with an optional audio cable.

Beats contends that static ANC is not equipped to handle real-world environmental changes like a train rushing by in a subway or the noise level rising in a restaurant. Pure ANC is, according to Beats, constantly calibrating, adjusting the ANC to audio input from outside the Studio3 headphones. It uses, Beats executives explained, three components to ensure the best listening experience:

ANC Pure is processor-intensive and if you turn it off (there’s a tiny button on the base of one earphone) you can anticipate up to 40 hours of battery life, according to Beats. 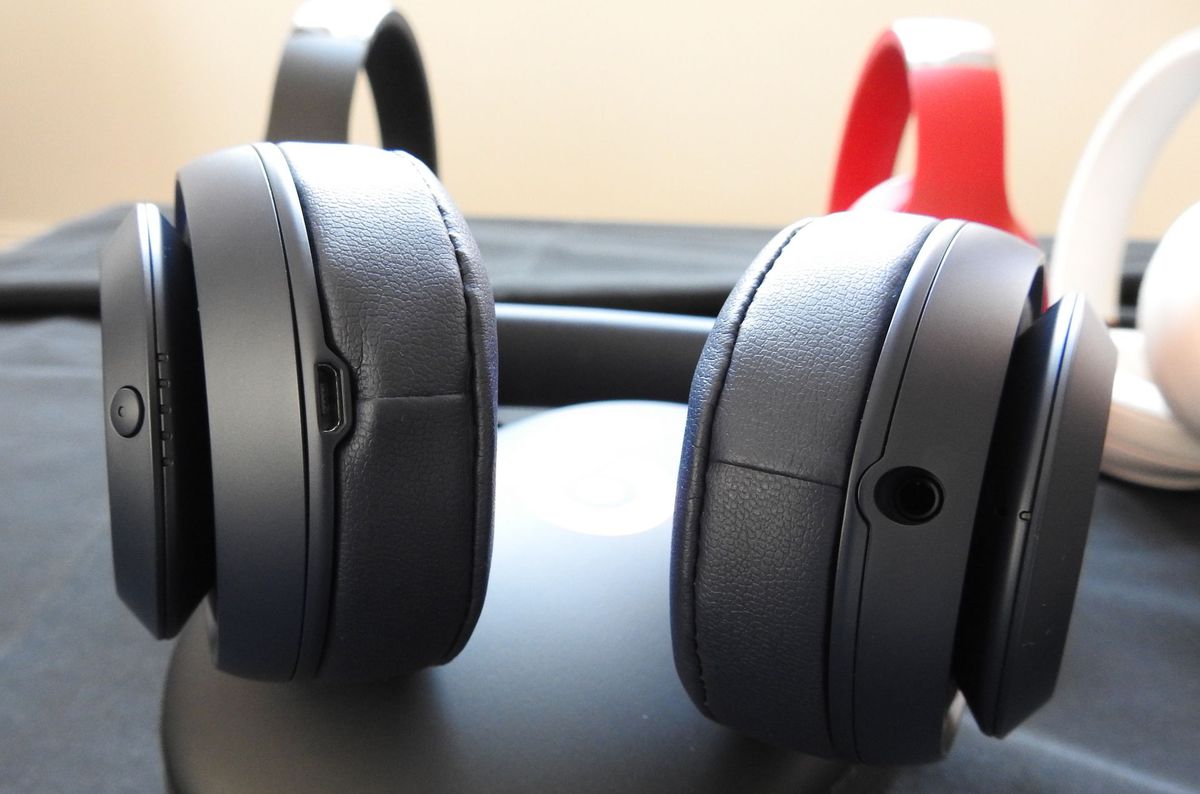 There’s even a fast-charge mode where you can get three hours of ANC-Pure-enhanced battery life after a 10-minute charge. And when battery power is low (below 20%), the headset will automatically turn off Pure ANC and give you up to 3 hours and 45 minutes of playback.

One thing the Studio3 headphones still don’t have is gesture control for volume and song skip. That seems like an oversight after all these years on the market and with gesture-controlled competition like Parrot’s Zik 3.

Beats let me compare the Studio 2s to the new Studio3 headphones in a few simulated settings.

They sat me down before two imposing speakers and played, first, the sound you might hear while sitting inside a 737 airplane. The Studio2 never quite cut out the hum of the engines, but the Studio3, after a few second delay (which Beats says is by design), completely killed the engine noise. 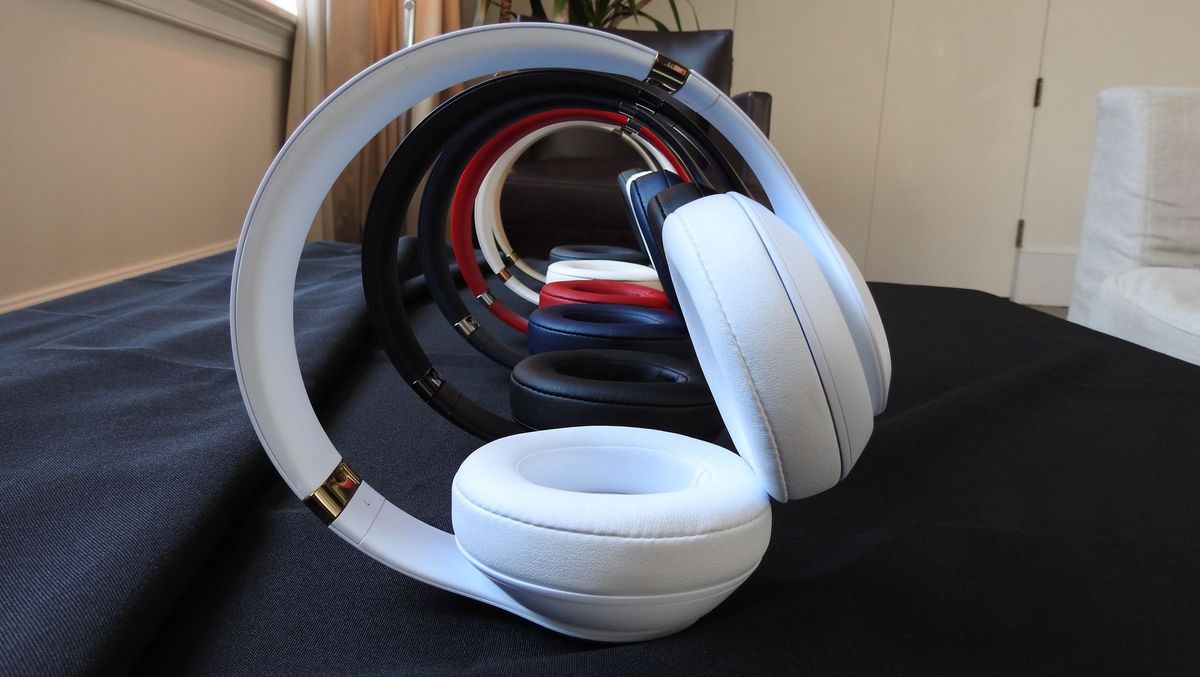 Beats Studio3 headphones are the first in this line to include Apple’s W1 Bluetooth chip.

Between the two speakers was a fan. Beats turned it on so it blew in my face. I tried each headphone and found that the new Studio3 was most effective at killing the fan noise, while maintaining brilliant, sharp music audio.

Finally, the speakers recreated the noise you might hear in a crowded restaurant. While the Studio3 was most effective in dampening the noise, even it did not entirely cut out the sharpest voices, which I could hear faintly in the background.

Everyone will know you’re wearing a pair of Beats.

Beats Studio3 headphones are just as comfortable as ever. As for overall sound quality, I thought it was very good, but also would have liked to take more time listening to a variety of music genres.

The headphones are available starting Monday at Apple.com in a variety of new colors, including white, black, blue, and red, as well as a pair of Limited Edition hues: Porcelain Rose and Shadow Gray.

Beats by Dre’s Studio3 headphones appear poised to continue a now almost 8-year-long tradition of high-quality, stylish headphones from a recognized leader in audio quality. I can’t wait to fully review them. 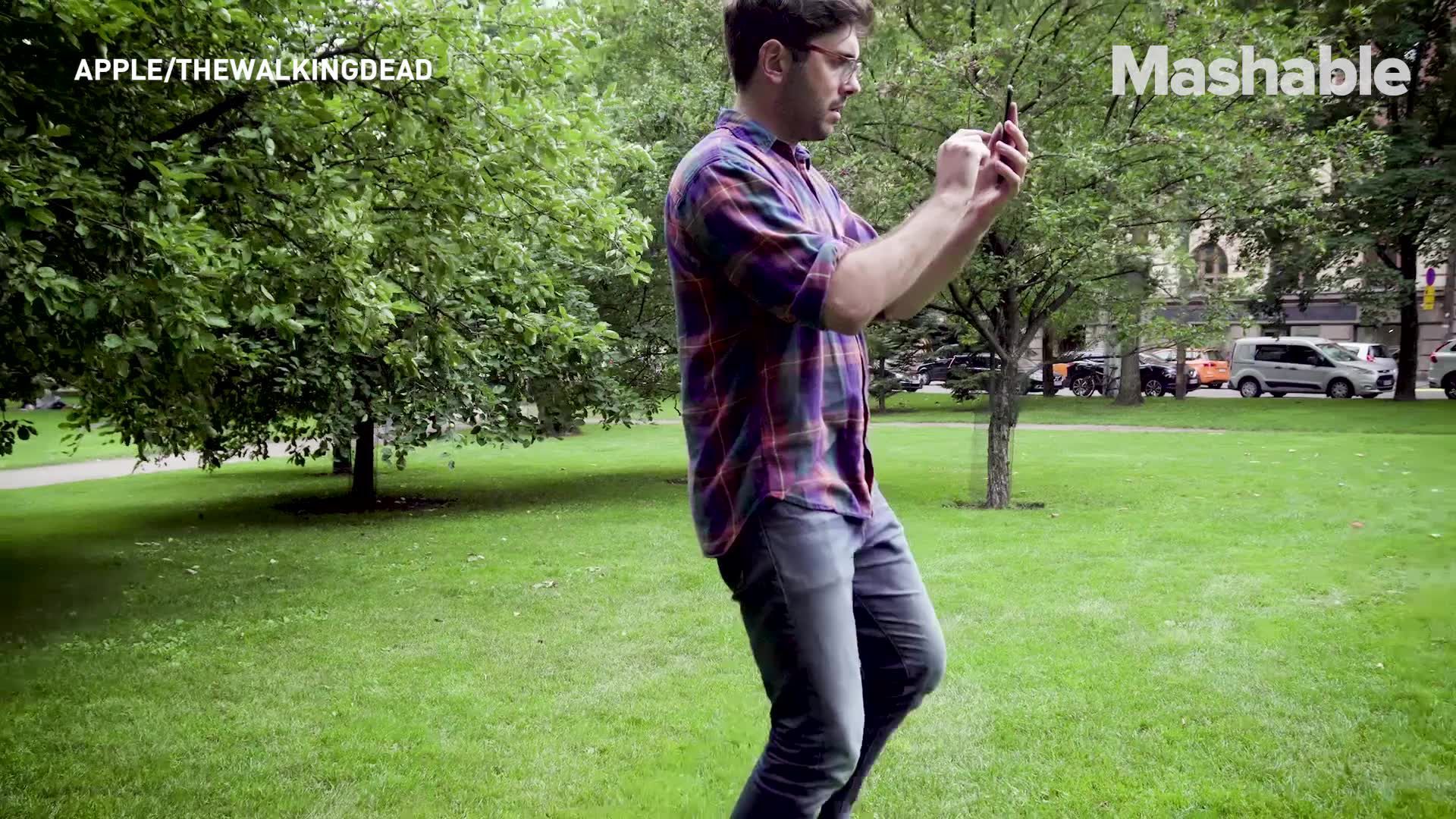