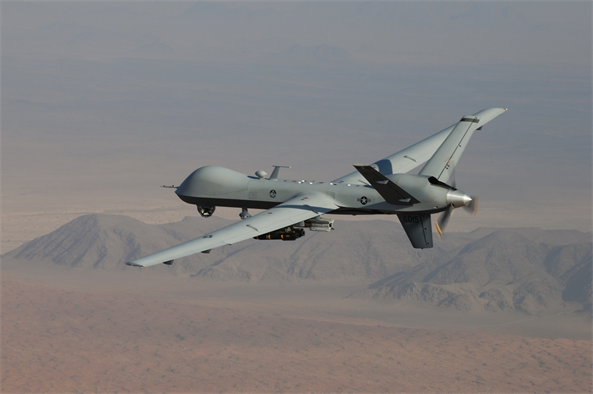 Fewer than a dozen Avenger drones have been purchased since the product first flew in 2009, but General Atomics believes it may be able to sell about 90 aircraft in the next few years to a single international buyer, its president said Wednesday.

General Atomics has struggled to find a major customer for the Avenger, also called the Predator C, since the collapse of the U.S. Air Force’s MQ-X program and the U.S. Navy’s UCLASS program, both of which sought out UAVs that could survive contested environments.

Speaking to reporters on Aug. 16, GA president David Alexander said the company was engaged with an unnamed foreign nation on a potential Avenger purchase.

In April 2016, Reuters reported that India’s Air Force had inquired about the potential procurement of up to 100 Predator Cs. Even if India, if it is the unnamed country interested in the Avenger, decides to press on with the sale – which is especially uncertain given the country’s fondness for rapidly changing weapons acquisition plans – it is unclear whether the United States would agree to export the armed UAVs.

Unmanned aircraft are currently subject to the Missile Technology Control Regime, which spells out a “Presumption of denial” for Category I systems like the Avenger.

That Obama-era policy is now under review by the Trump administration, which could open a path for an Avenger sale to India, a longtime partner nation of the United States that has been denied armed UAVs in the past, or other interested countries that have trouble getting weaponized drones.

Defense reporters got to see GA’s Avenger prototype, Angel One, during a trip to the company’s hangars at Gray Butte Field Airport.

Angel One – which is slightly smaller than the production version of the Avenger – has been configured for humanitarian aid missions such as airdropping food rations from its expansive payload bay.

Most details about the Avenger continue to be tightly guarded, with company officials saying they were not permitted to talk about the operational use of the aircraft for classification reasons.

GA has acknowledged the production of up to nine Avenger aircraft: the Angel One prototype that the company currently still owns; one bought by the U.S. Air Force; and no more than seven units owned by a classified U.S. government customer, Alexander said.

Unlike its older brothers, the MQ-1 Predator and MQ-9 Reaper, the Avenger features a jet engine and internal weapons bay, making it less visible to radar.

The extended-range Avenger has a maximum payload of 6,000 pounds, including internal storage for up to 3,860 pounds of equipment.