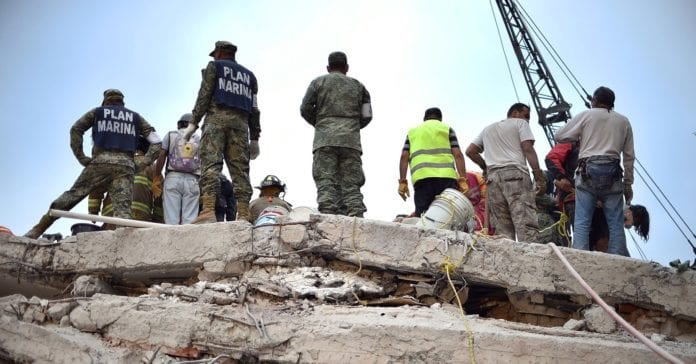 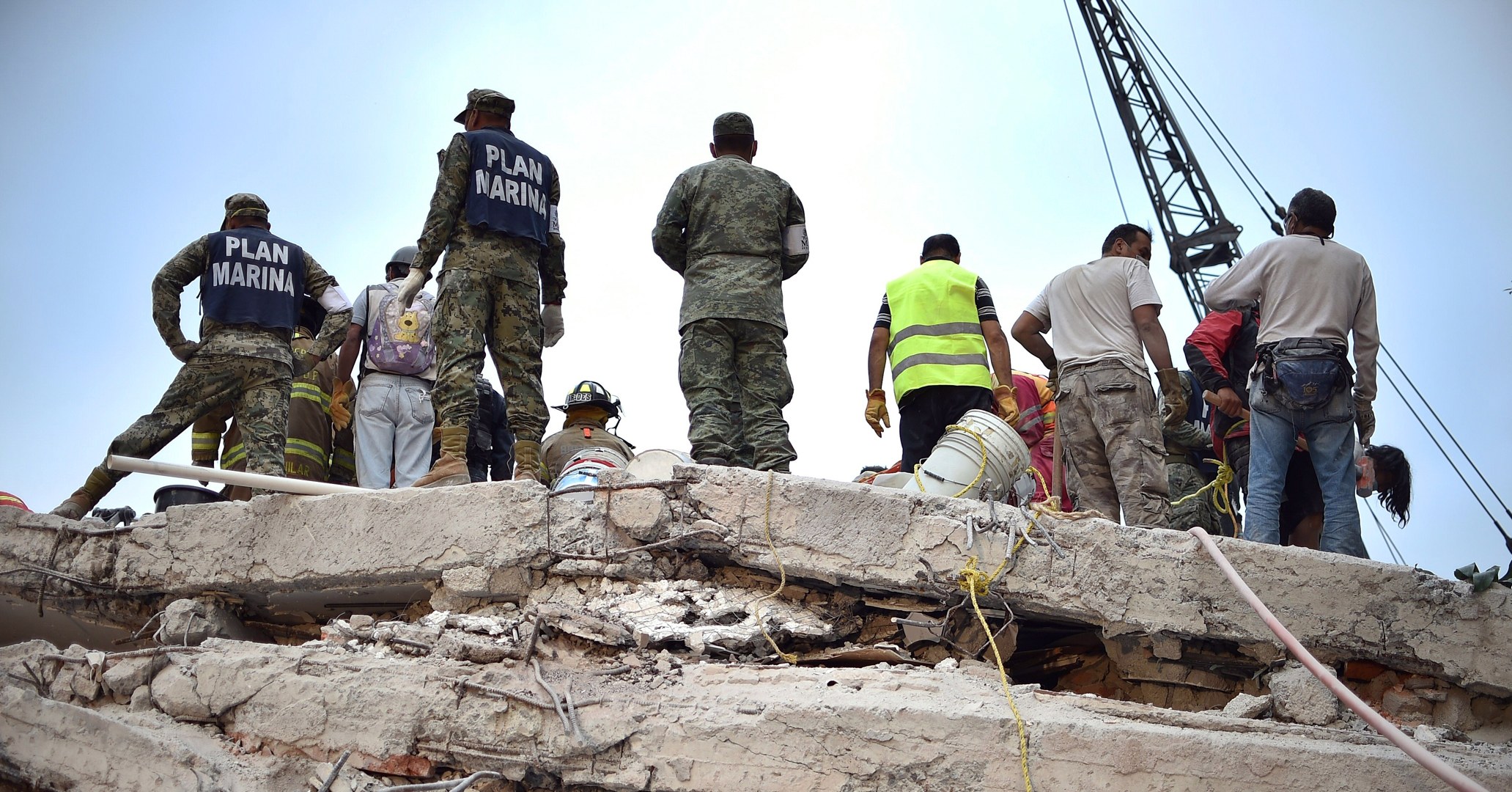 On Monday night, residents of the Los Angeles neighborhoods of Westwood, Los Feliz, Silver Lake, and parts of the San Fernando Valley experienced a mild earthquake—a magnitude 3.6. Most people slept through the temblor and no damage was reported.

But a select group of 150 LA residents got a text alert on their mobile phone a full eight seconds before the quake hit at 11:10 pm—enough time for people to drop, cover, and hold on. Along with a pinned location of quake’s epicenter, the text gave its magnitude and intensity, the number of seconds left before the shaking, and instructions on what to do. The system detects an earthquake’s up-and-down p-wave, which travels faster and precedes the destructive horizontal s-wave, and converts that signal into a broadcast warning.

Other parts of the world have similar systems—but accessible to a wider population. On Tuesday afternoon, Mexico City sirens blared a few seconds before a magnitude 7.1 earthquake struck the capital, flattening hundreds of buildings and killing at least 200 people. When an 8.1 magnitude quake hit on September 7 off the coast of Mexico, the SASMEX alert system collecting data from sensors along Mexico’s western coast gave residents more than a minute’s warning from sirens and even news reports on radio and TV. A complementary smartphone app is used by millions of Mexicans. And Japan also has a sophisticated earthquake text-alert system, giving tsunami and earthquake warnings to the entire nation.

So why is the US earthquake system stuck in beta mode with only a lucky few getting an earthquake heads-up? The LA residents received their early warning as part of a pilot study conducted by the US Geological Survey and Santa Monica-based Early Warning Labs. But experts say lack of money and bureaucratic inertia has stymied the USGS ShakeAlert warning system, despite a decade of promises and positive trial runs.

The USGS has only installed about 40 percent of the 1,675 sensors it needs to protect seismically vulnerably areas of the West Coast in Los Angeles, the San Francisco Bay Area, and Seattle, says Doug Given, who coordinates the ShakeAlert system at the USGS Pasadena office. “We still don’t have full funding,” says Given. “We are on a continuing resolution through December 8 and are operating at the level of last year’s budget.”

ShakeAlert costs a measly $16 million each year to build and operate, but the USGS has only been given $10 million each year. The Trump administration’s proposed budget had zeroed-out the entire ShakeAlert program, but dozens of lawmakers from San Diego to Seattle protested. A House committee blocked the cuts in July, but the final budget document is still awaiting passage.

The promise of ShakeAlert—which goes beyond the smartphone app tested by those LA residents—has already been shown in many ways. The system gives automated early warnings to slow BART trains in the Bay Area and protect California oil and gas refinery operations. ShakeAlert will even automatically put NASA’s deep space telescope in Goldstone, California into a safe mode. A few luxury condo buildings in Marina del Rey, Calif., and Santa Monica College have also purchased a commercial version of the ShakeAlert warning, which piggybacks off the USGS sensors but offers a direct signal to the building that slows elevators inside.

But getting a widespread text alert system up and running for the millions of Californians (and Oregonians and Washingtonians) is a tougher sell. The engineers and scientists working on the project have to be confident there won’t be false alarms that would weaken the warning’s credibility.

They are also dealing with a bottleneck from US phone companies who haven’t been able to embed the warning signal into existing wireless networks, according to Josh Bashioum, founder and principal investigator of Early Warning Labs. “Unfortunately, the way our telcos are set up, they aren’t fast enough to deliver an early warning,” Bashioum says.

The providers don’t have the ability to send an automated text message to the millions of people living in Southern California, for example, that could also override all the other signals that phones are processing at the same time. These texts have to go out in the narrow window between the detection of the p-wave and the arrival of the potentially deadly s-wave, or they aren’t any good. Then again, Japanese cell companies have figured it out.

The USGS and Bashiouim have been meeting with the cell providers to push the effort, but Given expects it won’t happen for another three to five years. In the meantime, he hopes to at least get more seismic sensors in the ground so that scientists can alert first responders when a big quake hits. “The closer your [seismic] station is to the earthquake, the quicker you are going to recognize it detect it and send the alert,” Given says. “Given that we don’t know where the earthquake is going to occur, we have to have sensors all over the potential area of coverage.”

Sure, he could put a lot more sensors along the San Andreas fault, which has the highest odds of another quake. But that won’t stop other quakes from hitting. For now, residents who live near seismic zones will have to make do with a real-time warning, and hope their building is up to code.

GizmoCrazed - July 16, 2018 0
There are so many real-world physics problems involved in running. Lots of physicists have been inspired, for instance, by the crazy-fast speeds of Usain...