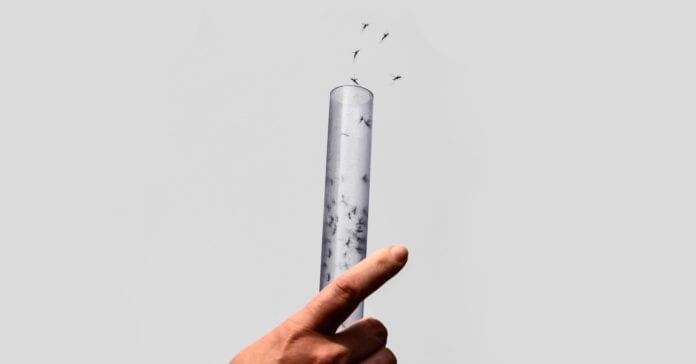 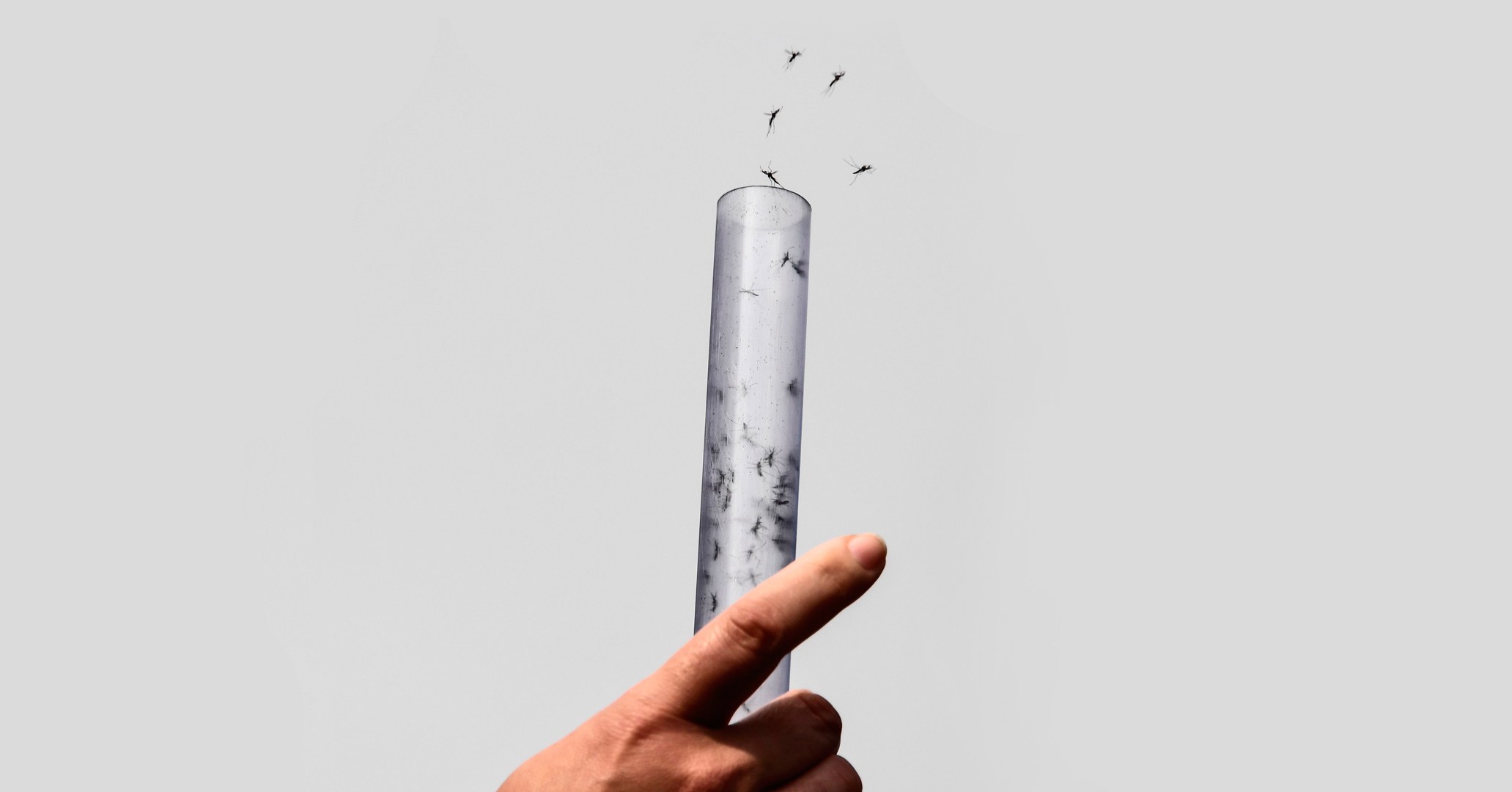 Sixty years ago, a team of scientists went looking for yellow fever in the jungles that line the northwestern edge of Lake Victoria. What they found instead, in the blood of a rhesus monkey, was a new virus, one they named for the area’s dense vegetation: Uganda’s Zika Forest. Within a few years, Zika virus was showing up in humans, causing a pink rash and mild flu-like symptoms. And for the next six decades, as it spread eastward on the wings of the Aedes aegypti mosquito, its symptoms stayed the same.

That all changed when the virus jumped the Pacific Ocean and landed on the shores of Brazil sometime around 2014. As Zika sickened thousands, reports of microcephaly—a birth defect characterized by abnormally small heads and underdeveloped brains—began pouring in from doctor’s offices and hospitals around the country. In April of last year, scientists at the US Center for Disease Control and Prevention formally declared that Zika was to blame for the microcephaly cases. Since then, researchers have been rushing to tease apart how the Zika virus went from tepid to toxic, in hopes of finding vaccine or drug targets to prevent the most devastating manifestations of the infection.

New evidence suggests it might all come down to one measly mutation.

In a paper published Thursday in Science, researchers from some of China’s largest academic institutions report that a single genetic change, which likely happened around May of 2013, swapped one amino acid on one of the virus’s three structural proteins—a tiny tweak with catastrophic effects. The research highlights the importance of a global genetic surveillance system for emerging pathogens, and opens the door to developing better predictive tests for expectant mothers.

The Chinese researchers started out by comparing three contemporary strains of the virus—isolated from patients in the Caribbean, Samoa, and Venezuela in 2015 and 2016—with a more ancestral Cambodian strain from 2010. When they injected the viruses into baby mice, they saw something shocking. The Cambodian strain killed fewer than a quarter of the mice, leaving the rest with some brain damage. The three modern strains? Killed every mouse. And compared to the older virus, the newer version from Venezuela killed significantly more neural progenitor cells—the cells that give rise to new neurons in the developing brain—leading to mice with much smaller brains.

Using the old Cambodian strain as a reference, the scientists then compared the genomes of the newer ones, trying to tease apart any differences that could account for their enhanced lethality. They discovered that Zika had developed multiple mutations before the virus broke out in Brazil, all of which persisted in the American strains.

In particular, they identified one mutation that switched a single amino acid—from serine to asparagine—appearing around May 2013. And they believe it’s that change that strikes a disastrous blow to the brains of unborn children. Of all the mutations they engineered into a reference strain, only the serine to asparagine swap led to more neuronal death and smaller brains in baby mice than the older Cambodian strain. While it may still take a constellation of mutations to create the worst forms of microcephaly, this one shines brightest.

This answers a big question scientists have been wrestling with since microcephaly cases started ballooning: Do they have a genetic cause? There are other possible explanations to the birth defect’s surprising appearance in Brazil; perhaps microcephaly wasn’t showing up in places like India and Africa because a lot of women were exposed to Zika as children, so they already had immunity to the diseases. Especially in rural areas, there might just not have been enough microcephaly to be detected. But now there’s convincing evidence that the birth defect is in fact the product of viral evolution. The paper’s authors write that their findings “offer an explanation for the unexpected causal link of Zika to microcephaly, and will help people to understand how Zika evolved from an innocuous mosquito-borne virus into a congenital pathogen with global impact.”

“The results of the paper are very intriguing and beautifully laid out,” says Pardis Sabeti, a Harvard computational biologist and accomplished virus hunter. She and her colleagues published a series of papers earlier this year tracking the genetic spread of Zika around the Americas. Her team stressed the importance of sequencing the genomes of emerging threats like Zika in as close to real-time as possible, both to inform public health responses on the ground and make studies like this one possible. “Viruses continually mutate, and the more opportunities we give them to take hold in a population the more opportunities they have to change in ways with great consequences,” Pardis says.

What the Science study authors still don’t know is whether the microcephaly-associated mutation helps Zika survive and spread. Cheng-Feng Qin, a virologist at the Beijing Institute of Microbiology and Epidemiology and co-author of the paper, says that’s what they’re trying to figure out next. “One possibility is that the mutation affects the interaction between some unidentified host proteins and the virus,” he says. “The other hypothesis is the mutation could have impacts on viral assembly and maturity in neural progenitor cells.” Viruses are about just one thing: making more of themselves, whatever it takes. So it’s possible the mutation somehow helps Zika transmit more effectively, and the toxicity to fetal nerve cells is either part of transmission or an unrelated byproduct. Or it could just be a random tweak that doesn’t happen to harm the virus.

That’s the million dollar question right now, says Aaron Brault, a microbiologist with the CDC’s Division of Vector-Borne Diseases who has been studying Zika since 2015 at the agency’s Fort Collins laboratory. If the mutation helps Zika spread, that means the microcephaly-causing mutation somehow provides an evolutionary advantage, and could be selected for in nature. “This paper opens the door to understanding whether or not this mutation might arise again,” says Brault. Like, say, in Africa, where the disease has circulated for a long time but hasn’t yet caused birth defects like those seen in the Americas. It also makes it clear that the mutation, at the very least, is a persistent one. “This mutation is present in every sequence of the virus generated in the western hemisphere since 2013,” he says. “It’s not going anywhere.”

Over the past two years, the CDC has been working to fast-track a number of diagnostic tests so that doctors and patients can be better informed early on of potential birth defects related to Zika. But those tests have had issues, missing some Zika cases while picking up related infections like dengue and chikungunya. A blood test designed to only pick up this particular mutated protein would likely be a much better indicator of microcephaly than any test out there now. And while Zika cases in the Americas are no longer raging—they’ve dropped to fewer than a thousand cases this summer, compared to 35,000 during the outbreak’s peak in January 2016—public health officials say it’s no time to slack off. If Zika’s taught them anything, it’s that a crisis is always just one mutation away.

GizmoCrazed - May 24, 2018 0
Uber’s CEO is in Paris this week meeting with the French president to talk tech in Europe and expanding its insurance coverage in the region,...

This Surprise Christmas Photoshop Transformation of a Girl Will Blow Your...