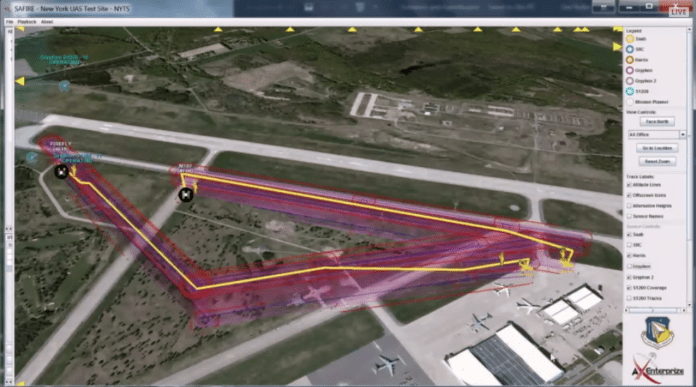 This real-time 3D visualization includes flight path and numerous other data points that are important for pilots to know. (Credit: Screenshot, U-SAFE livestream)

Here’s What Went Down

Thursday’s tests were all about demonstrating the capabilities of technology for tracking and flying beyond visual line-of-sight. Griffiss airport, one of seven FAA drone test sites, was outfitted with numerous low altitude radars to detect and track drones. Ideally, these systems will allow manned and unmanned aircraft to safely fly in the same airspace.

“This is a big deal, that type of instrumentation doesn’t really exist anywhere else in the world,” says Craig Marcinkowski, the company’s business development and strategy director.

For the simulated package delivery, SAFIRE showed the drone’s flight path, location, flight path crossings and a multitude of other data points. It also increases the situational awareness of drone pilots. 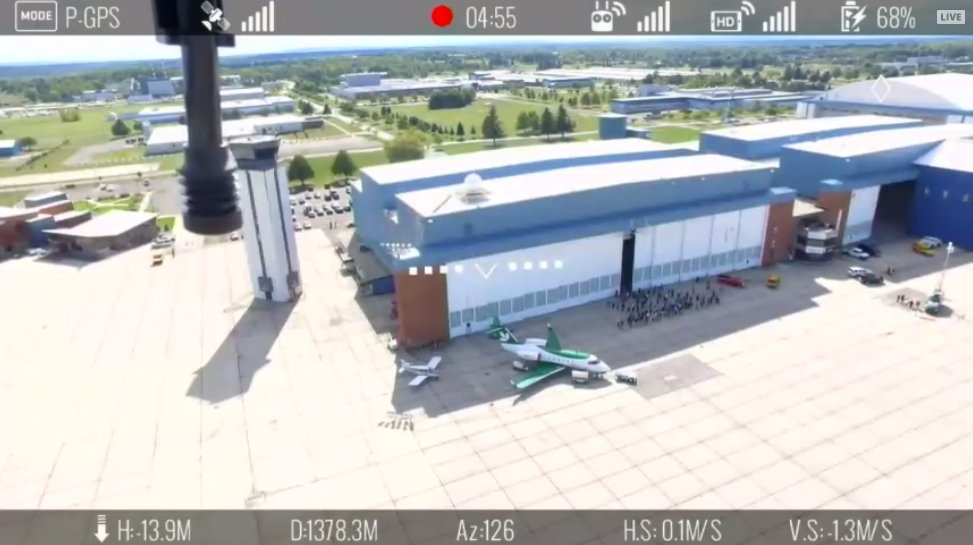 Yesterday’s demonstration is the first of many.

Marcinkowski says the program’s goal over the next 18 months is to design seven scenarios that feature a drone flying out of sight within U-SAFE’s planned corridor. For large-scale, commercial drone delivery and other services, it must be proven that flying beyond a pilot’s line of sight can be safely accomplished.

We can also expect to see more progress made toward creating standards for drones. Through another program called NUSTAR, drones will be tested in a mock city to learn how they react in real world environments. Drones are affected by environmental changes, so creating standards will help manufacturers plan for elemental challenges.

A sky filled with drones whirring from place to place is still far off — regulations will need to be passed before this happens, not to mention the infrastructure and rigorous testing that needs to be hashed out before that — but today’s test could pave the way for that drone highway.