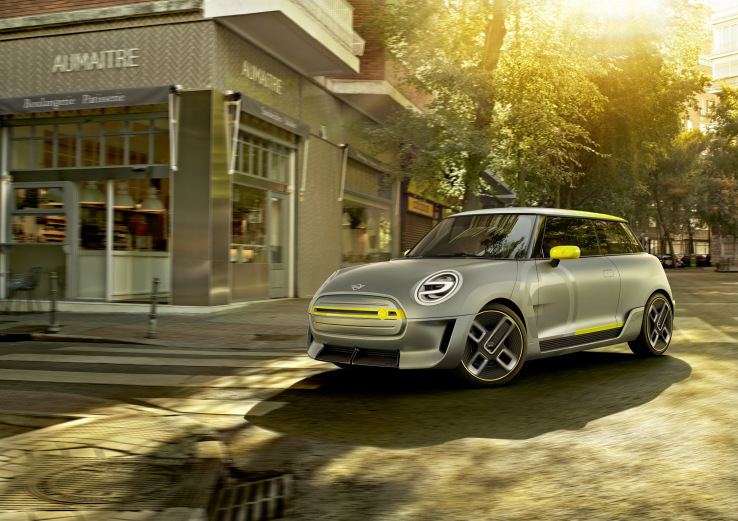 The MINI Electric Concept is coming to the Frankfurt Motor Show, and its debut appearance will showcase the design changes that MINI has made to signal that this is indeed the first large-scale production fully electric MINI vehicle. MINI has offered electrified versions of its existing cars, but the Electric Concept is designed from the ground up as an EV, and not just a combustion-powered car with an electric drivetrain option.

The MINI Electric Concept is set to start rolling out on the roads in full production in 2019, which marks the original Mini’s 60-year anniversary. The lines of the car are reminiscent of those found on the rest of the MINI lineup, but it’s also got a lot of unique visual changes that clearly mark it as different, including a closed front grill since cooling air flow isn’t required. The headlights, charging hub, rearview mirror turning indicators and body paint all sport elements of a stylized plug icon, the clearest outward sign that this is indeed an electric car.

It’s based on the MINI 3 door design, and it also has the two doors up front along with the hatch in the rear. The car uses fibre glass body parts to help reduce drag and increase aerodynamics, and inside there are four seats. The electric drivetrain will come from the BMW i3 line, which will likely mean the two vehicles have roughly equivalent performance in terms of charge capacity, range and pick-up.

Also, in case you had any questions as to the MINI’s national roots, the rear LED tail lights show the Union Jack in dot matrix, with one half of the flag displayed on each.