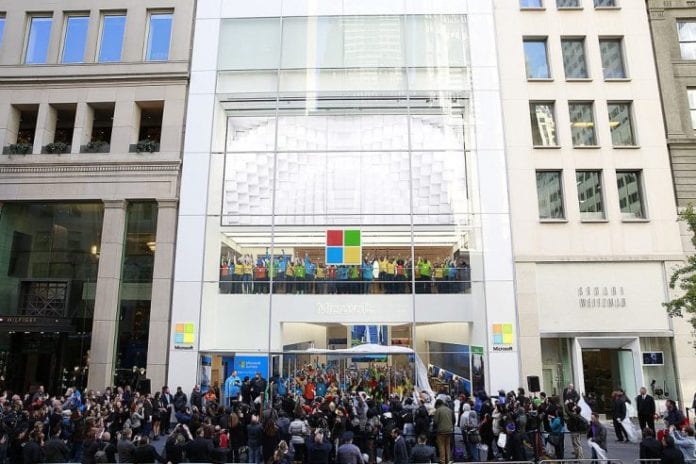 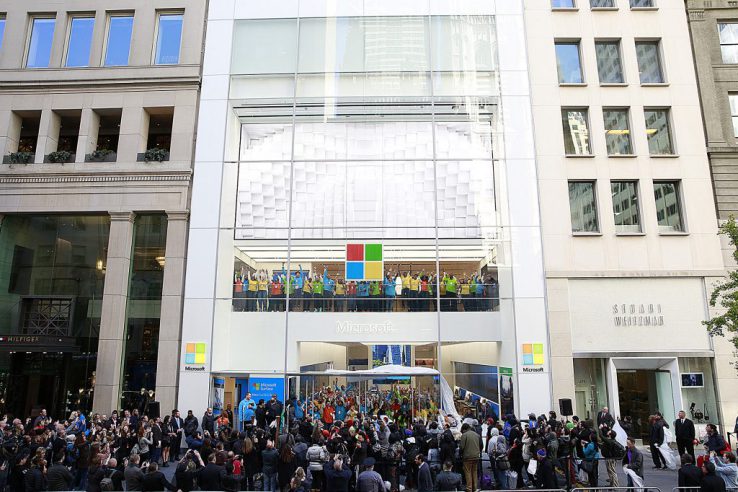 Shopping may be turning into an increasingly virtual exercise, with people buying goods online and through apps, but there is no denying the power of a physical in-store experience — a lesson that Microsoft is taking to heart. Today the company announced it will be opening a new flagship store in London in Regent Street near Oxford Circus — just a stone’s (or an iPhone’s) throw from the Apple flagship store that saw a huge revamp a year ago.

The area around Oxford Circus, which is at the intersection of Oxford Street and Regent Street, is one of the most high-profile shopping precincts in the world, so having a presence there underscores Microsoft’s strategy to double down on retail.

“We couldn’t be happier to be opening a flagship store in the heart of central London at Oxford Circus, where two of the world’s most iconic shopping streets meet,” said Cindy Rose, head of Microsoft in the U.K. “We know our customers and fans, whether they are from London, the broader U.K. or just visiting, will love our bold plans for the space. This will be so much more than just a great place to experience all that is possible with Microsoft, but a real hub for the community where we’ll be bringing to life our passion for helping people explore their creativity through an ambitious program of workshops and training along with moments that work to unite the community.”

The announcement comes after a day of speculation about the new store, but also after what has seemed like years of stops and starts for Microsoft and its retail plans in London.

Back in 2012, it was reported that Microsoft planned to open a retail store in the city in March 2013, after it emerged that the company had registered a separate company in the U.K. to handle a retail business. But it seems that the March 2013 launch never happened.

Then in 2015, yet more reports emerged, this time noting that the company might have abandoned its plans for a store after all, after the dissolution of that 2012 entity.

But the story didn’t end there. Later in 2015, yet more rumors emerged of a retail plan for Microsoft in London. But once more, nothing materialized.

Now, it may be third time lucky for the Xbox and Windows maker. Notably, today’s announcement seems to be the first time that the company has officially confirmed any plans directly.

The the starts and stops that it seems Microsoft has been through over a flagship operation in London are not too surprising. At the time of its early interest in opening a flagship, the company’s mobile efforts, which had been seen as a major part of its consumer business, were already floundering.

And while Apple has been nailing retail for years, the examples set by others that have tried to replicate the success are less than encouraging. Samsung retreated from its own physical store efforts in London, although these had been located in a mall, not in the Regent Street area.

Microsoft may have also been shaken up by the fortunes of Nokia, the struggling handset business that Microsoft once acquired before divesting some years later, at a loss. Back when Nokia was still a giant, it also tried to take on Regent Street. But it closed its efforts down after less than two unprofitable years.

“The United Kingdom is home to some of our most passionate fans,” David Porter, head of Microsoft Stores, writes in his blog post announcing the news. “We already enjoy connecting through our partners and in our digital stores, and look forward to bringing a physical store to the region as another great choice for customers to experience the best technology from Microsoft.”

There are currently 75 Microsoft Stores globally, with two flagships, in New York (pictured above, also very close to Apple’s “cube” store) and Sydney.

While it’s not clear how much Microsoft makes from its retail stores today, the gold standard shows that it can clearly be a lucrative business: Apple today is the world’s most lucrative retailer, according to research from CoStar, which said that the Mac and iPhone company made $5,546 per square foot in the last year. As a point of comparison, the average revenues generated by a square foot of retail space are a mere $325.

This Jagged Little Pill Could Make Diabetes Easier to Treat

GizmoCrazed - February 7, 2019 0
Given the choice between tossing back a dose of medicine and pushing it through your flesh inside a cold, steel needle, most people pick...

Texting Causes People To Lie More Than They Normally Would