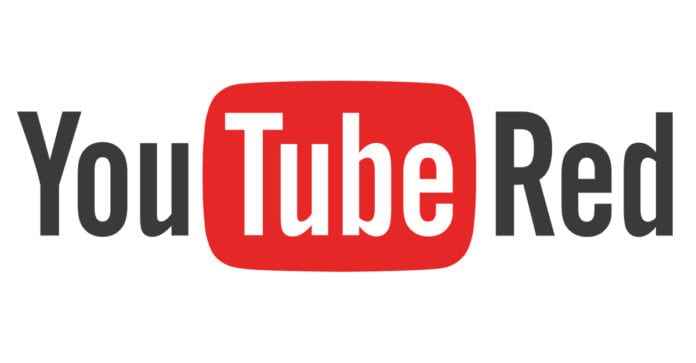 If you haven’t yet heard, cable is slowly dying. Why? Put simply, because it’s becoming so easy to find programming without it. And not just platform-specific programming, like the many original programs being put out by Netflix and Amazon, but the very programs you know and love from television too. Needless to say, if you are looking to cut the cord yourself, there are plenty of reasons to do so. Here are 10 very good reasons, in fact.

Offering what it calls a la carte TV at just $20 per month, Sling is rather unique among cable cutting alternatives in that it offers live television, in addition to programming from many of your favorite cable channels (CNN, ESPN, Comedy Central, and MSNBC, to name but a few). Even more noteworthy, viewers can even catch live sporting events, such as NFL football games, which is not something that can be said for Netflix or Hulu Plus. Available online, via mobile app, or on your own television via a Roku, Apple TV, or other streaming devices, Sling has a lot to offer.

In terms of popularity and name recognition, Netflix is the streaming service. And while much has been said of the company’s film catalog slowly being stripped bare over the years, Netflix more than makes up for this in investments in original programming. After all, why continue to spend millions upon millions per year in licensing agreements when you can simply produce (or buy) your own content? That may be a big gamble, but it’s one the company is staking its future on, and with many of its titles being recognized by fans and insiders alike, it seems to be working so far. Another thing in Netflix’s favor? Some wireless carriers, like T-Mobile, are now offering it for free with their cell phone plans.

Think of Hulu Plus as Netflix, but with current TV shows rather than canceled and retired ones. Yes, the company made a big investment in Seinfeld, too much fanfare, and was once the home of the Criterion Collection online, but the company earns its place in the market by showing yesterday’s TV shows today. For individuals who have a hard time cutting the cord because they’re afraid they’ll miss out on their favorite shows, Hulu Plus might just be the single greatest solution to this problem. Most people will find that most of their favorite shows are available – and the very next day, too.

Unlike HBOGo, which requires a cable subscription, HBONow is an Internet-only subscription service that offers subscribers access to HBO’s vast catalog of original programming and licensed movies. It was designed to counter people’s single biggest complaint against HBOGo, namely that you already needed to be an HBO subscriber (and thus, a cable subscriber) to access it. That is no longer the case. Yes, for just $15 per month, you can watch Game of Thrones, Westworld, Ballers, and many other HBO titles right from your laptop, mobile device, or TV.

As part of its Prime package, Amazon offers its own streaming service, complete with original programmings, like the award-winning Grand Tour. Other original content includes The Man in the High Castle and The Tick. Clearly, for the company that just bought Whole Foods for $13.7 billion, investing a little bit (okay, a lot) of money in its own programming isn’t something it’s afraid to do. Of course, original programming isn’t all that you get with your Amazon Prime subscription, which is paid on an annual basis, rather than monthly, as is common with many of Amazon’s competitors. Prime customers also get free shipping on most purchases, along with access to free songs, books, movies, television, and more.

Many television channels have their own streaming service (see HBONow above), but CBS is perhaps the first channel to truly invest in the promise and potential of the technology. The company’s upcoming revitalization of the long popular television program Star Trek (titled simply Star Trek: Discovery) will be a CBS All Access exclusive in the United States (in international markets, it will be available on Netflix). To invest so much in such a popular series, and then to air that series exclusively on a paid subscription channel, is a gamble to be sure. If it works, it could change TV as we know it.

Cinephiles know what Filmstruck is, but the average moviegoer may not. It is a dedicated streaming service for classic and art house films, like those found in the Criterion Collection. Though the platform also has its own original programming, it is likely those Criterion films that will draw you in – or not. The odds are good that you either want this service or you don’t, as it’s a much more niche service than the other platforms on this list. Still, if you love film and live in the United States, this service could save you thousands on Blu-Ray and DVD sales of hard-to-find films.

Raise your hand if you hate having to sit through a 30-second ad to watch a 1-minute video on YouTube? If you’re like most people, then you probably raised your hand! It’s a common complaint and one that YouTube has attempted to solve with its YouTube Red service. The platform, available for $10 per month, offers ad-free videos, uninterrupted music, offline videos (you can save videos for later viewing), and even Red-exclusive original content. For YouTube junkies, or simply YouTube regulars who hate ads, Red might be worth considering.

The streaming landscape as we know it may be forever changed very soon. And that is because of Disney, owner of ABC television, LucasFilm, Marvel Entertainment, Pixar, and Disney Animation, among other companies, will be launching its own streaming service in the near future. What could this mean for competitors, such as Netflix and Hulu? It’s anyone’s guess at the moment. As of right now, it’s expected that the platform will go live in 2019, and will include all new Disney titles from 2019 onwards, such as Toy Story 4. Older titles, along with Disney television shows, will be added in time to fill out the film and TV library. Being that Disney makes some of the most popular and well-received films in the world, this new platform could be a legitimate game-changer.

So There You Have It!

Ten solid reasons for finally ditching cable. Now, it’s worth noting that if you subscribe to all of these streaming services, you will inevitably pay far more than you would for a simple cable plan (even a not-so-simple cable plan). The key is choosing the services that are right for you. If you watch a lot of television currently, platforms like Hulu Plus and CBS All Access are good choices. If on the other hand, you prefer watching movies, then Filmstruck or Disney’s upcoming platform might be a good bet. Decide what you want and choose wisely. Do so and you could save hundreds of dollars per year.