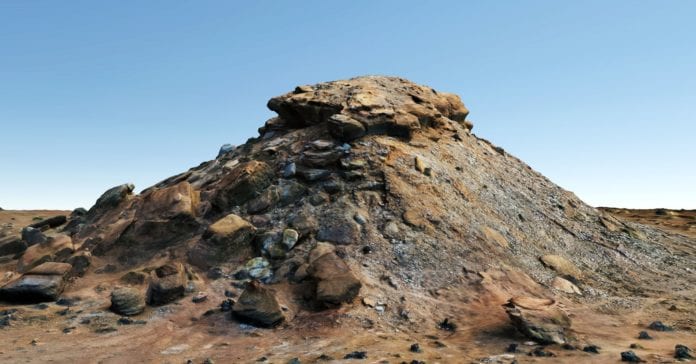 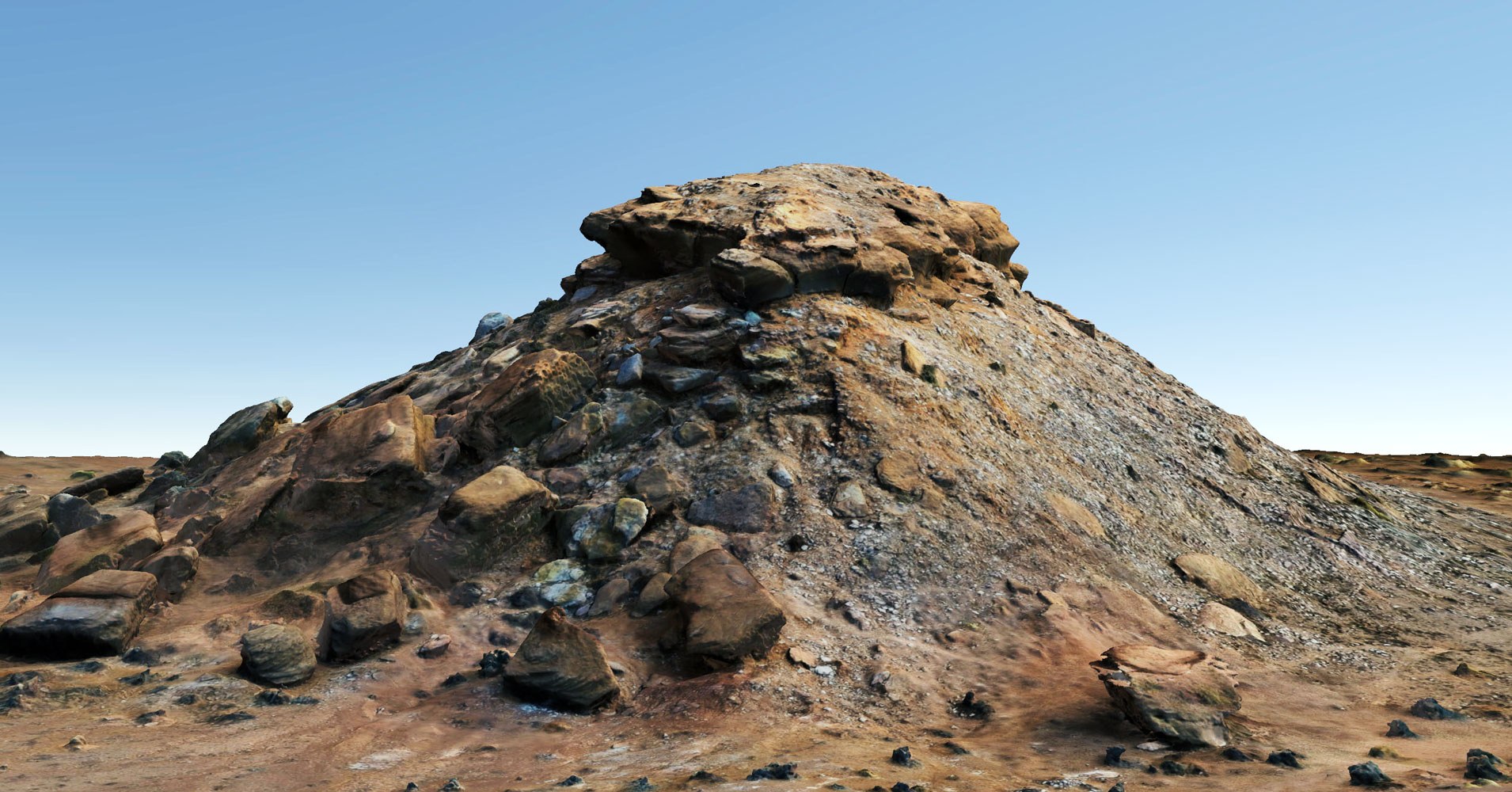 On the morning of August 21—the day of the solar eclipse—five archaeologists and I piled into two SUVs and drove an hour northwest of Tucson, into the thick of the Sonoran Desert. Turning off-road, we reached a yellow expanse inside Ironwood Forest National Monument through a series of latched gates. We brought eclipse glasses, but the quarter-sliver of the sun was just a sideshow. Doug Gann, the archaeologist leading the trip, had brought us to the location of an ancient village—and he was going to fly a GoPro mounted on a drone over it.

The desert sun still seemed as blinding as ever, but not to his drone. Gann, who works at nonprofit Archaeology Southwest in Tucson, wanted to take advantage of the partial eclipse’s dimmer light to take better photographs: “You can see a little more detail in areas of shadow,” he explained later, after maneuvering the craft to take hundreds of overlapping aerial photographs.

But he wasn’t just trying to get pretty pictures. Later, in his office, Gann would process nearly 700 photos with software to produce a three-dimensional virtual model of the village where people known as the Hohokam once lived. The software calculates precisely the distance between every point in the picture using basic geometry and physics principles. “If you literally photograph the hell out of it, you can get incredibly accurate results,” says Gann. This technique of using photographs to create 3-D maps, known as photogrammetry, is about as old as photography itself. But archaeologists have only realized how they can use it in the last few years.

The landscape did not immediately brim with cultural significance. We hiked along a path of loose yellow dirt winding between nets of squat creosote bushes and prickly pear cactus. “Clear signs of overgrazing,” Gann commented, referring to industrial ranchers who used to raise cattle on the land. Several hundred years ago, when the Hohokam lived in the area, the place looked starkly different. “It was more of a grassland,” says archaeologist Aaron Wright of Archaeology Southwest. The Hohokam planted corn, beans, and squash using irrigation canals, and during the summer, they picked cactus fruit, such as the purple prickly pear. We picked them too, brushing the spines off on our shirts. They tasted mildly sweet of watermelon and were full of seeds.

As we hiked further, there it was: On the slope of a short hill, dark boulders piled up, etched with faded white shapes known as petroglyphs. Archaeologists squabble over the details, but they think the Hohokam carved the rock art between 600 and 1400 AD. Gann is mapping the hill so that he can eventually make a virtual reality exhibit for use in a museum or a classroom.

Gann is also building his interpretation, based on archaeological data, of a virtual Hohokam village using similar methods. He and his team built a life-sized wooden-framed Hohokam-style house just outside of Tucson, photographed the model with their drone, and created a virtual model of it. They’ll overlay the virtual house on a virtual village landscape like an archaeologist’s SimCity, which he might use in an exhibit at the Arizona State Museum. “It’s going to be a really exciting way to teach the topics and visualize data,” Gann says.

He shares some of his models with members of the O’odham community, a group of several Native American tribes in the area who call the Hohokam their ancestors. (“Hohokam” means “those who have gone” in the O’odham language.) Bernard Siquieros, the curator of education at the Tohono O’odham Nation Cultural Center and Museum and a member of the Tohono O’odham Nation, thinks the 3-D models can help kids in his community feel more connected to their history. “It’s difficult to explain, especially to young people, the types of housing that our ancestors built,” he says. “It brings to life things that are no longer there.”

But to archaeologists, these models aren’t just an educational tool. For one thing, it makes documenting an excavation much easier. “When we excavate something, we have to destroy it,” says archaeologist Jason Ur of Harvard University. “It can never be done a second time, so it’s really a huge ethical obligation to record things very well.” Now, you can get an accurate log by simply flying a drone overhead.

They’ll also use the 3-D models to ask new types of questions. For example, Ur has unearthed remnants of ancient houses—“a melted pile of mud,” he says—under fields of grain chaff in the Kurdistan region of Iraq. He plans to measure the volume of these mud piles using drones. “When a mud brick house collapses, how much contributes to these giant piles? Can we start to pull things apart about how many people lived in them and for how long?” says Ur. Wright wants take close-ups of the Hohokam rock art to calculate how much rock they removed. He’s noticed that some carvings are deep and carefully etched, while other images are shallow and faint. From these measurements, he could potentially figure out whether certain symbols were more important to the Hohokam.

It may sound like a glorified measuring tape. But the only cold, hard data that archaeologists have are their artifacts, and they have to eke as much information out of them as possible. It’s incredibly challenging to infer human behavior from shards of pottery or piles of mud. The O’odham tell stories about rock art—Siquieros remembers one about a man who uses the glyphs to find water near a canyon—that Wright sometimes uses to drive his research questions. The stories are also a reminder that the Hohokam were real people, not an abstract archaeological idea. “Archaeologists are concerned with data and information,” says Wright. “We try to be scientists. But in that process we can lose sight of the real human quality of the past.”

Most of the time, though, archaeologists can’t draw definitive conclusions about people at all, only objects. “We’re not actually studying people; we’re looking at what people left behind,” says Wright. Archaeologists have to interpret the data to some extent to draw meaningful insights about people. They may never fully understand why the Hohokam carved those shapes onto boulders on the side of that hill—but to get anywhere, they need all the tools they can get.