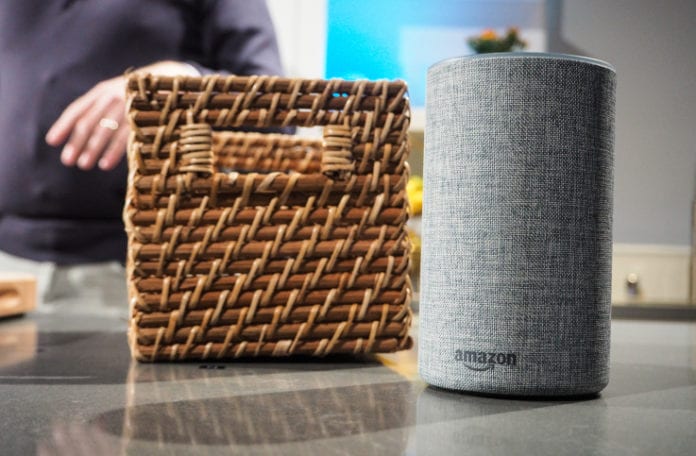 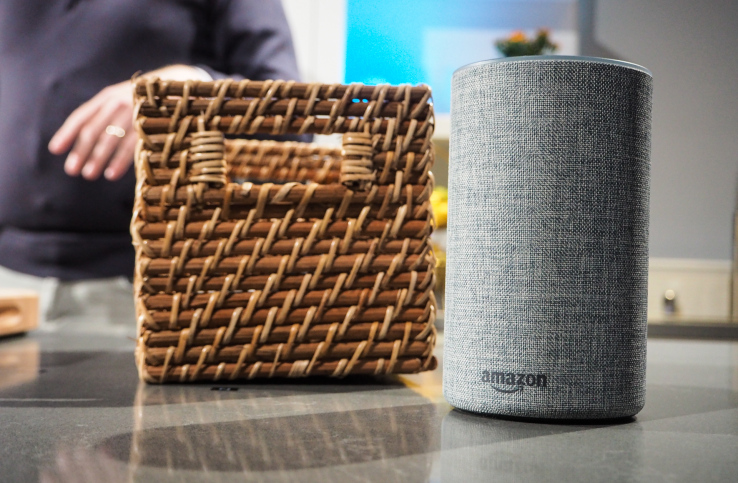 Today’s the big day at Amazon headquarters in Seattle. The company promised a day of big announcements, kicking things off with the announcement of a high-end Echo, a long-awaited replacement for the first generation device. The product is a higher end version of the original home assistant, designed to compete with Apple’s HomePod, but at the much more stomachable price of $99.

The new assistant is available starting today, bringing with it a more premium sound, including a dedicated woofer and tweeter, along with Dolby sound. The device also features the second generation of Amazon’s far-field technology, the microphone array the company uses so Echo can play nicely with other devices.

As initially rumored, the product features a higher-end cloth covering, though what’s unexpected, is that the product also features six different shells, so the Echo can be coordinated for various rooms in the home.

The long-awaited update is clearly part of Amazon’s attempt to compete with higher-end home devices and make the product more than just another plasticky gadget. Though the far lower price point (which also includes a three pack for $50 off) is far more in line with Amazon’s long-standing position of undercutting the rest of the of the industry.

Amazon’s never had much interest in making a killing from hardware — instead, the goal of Echo has always been getting Alexa in the home, and the brand new Echo is no different. The device does represent more of a focus on audio. As the company noted during today’s event, Echoes are now a more popular platform for streaming Amazon Music than mobile devices.

The new Echo addressed users looking to get more out of their device. The earliest Echo was plasticky, with a pretty dismal speaker (in spite of being marketed as a “smart speaker”), and in the early days that was enough. After all, there wasn’t anything quite like the Echo when it first launch.

With the arrival of Google Home, Apple’s HomePod and myriad other device in the intervening years, that’s clearly no longer the case. As such, the flagship Echo has to do a lot more than just sitting around answering questions.