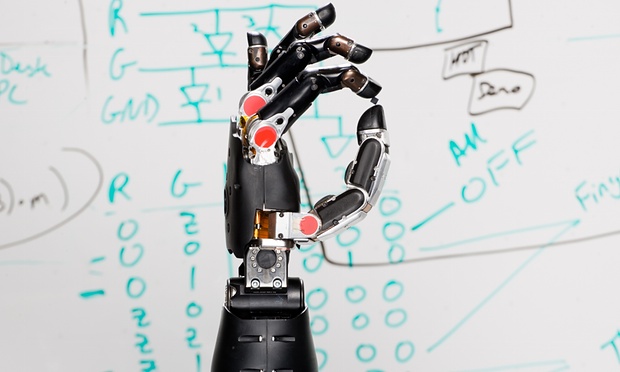 Why it matters to you

We’ve come far from the days when robots were perceived as unfeeling automatons. Heck, one bot can understand humans — and even write you a sonnet.

Who needs a friend when you have a robot? Certainly not the team behind Musio, a communication robot that claims to be “capable of interacting socially with people of all ages.”

The robot comes from AKA LLC, an artificial intelligence company that seeks to understand human textual language, oral language, gestures, and facial expressions. By gaining such understanding, the company believes it can create machines that can communicate and interact with people as naturally as possible. Using natural language processing technology and AKA’s “rich interactive content ecosystem,” the Musio robot seeks to provide anyone anywhere with a companion made up of plastic and computer parts instead of flesh and blood.

“AKA’s next step is with Europe’s traditional hardware companies seeking innovation,” said Raymond Jung, CEO of AKA LLC. “By presenting Musio the robot, AKA is introducing its core technology, MUSE, to our future partners. We believe that our AI engine will present immeasurable opportunity to those calling out for ‘AI Plus’ for the upcoming industrial revolution.”

Musio has already seen some success internationally. The robot launched in Japan this spring and is heralded as the “best-selling social robot in Japan,” though it’s unclear exactly how much competition it really has in this space. All the same, AKA notes, the robot’s context-aware deep-learning algorithm makes it quite the desirable companion, especially for those learning English. In fact, the company notes, Japan’s middle and high schools, as well as some education companies, are seeking out Musio to help with English teaching curricula. After all, if this robot can write poetry, which it can, it can probably teach people English.

But what’s the difference between Musio and a smart speaker? According to AKA, it all comes down to context awareness. This robot promises to remember previous conversations with users, which allows for a more natural conversation flow. And because the bot is constantly learning new phrases and ideas and taking on new information, it can grow alongside its human counterpart.

So if you’re looking for a new friend, you may want to check out the electronics aisle.