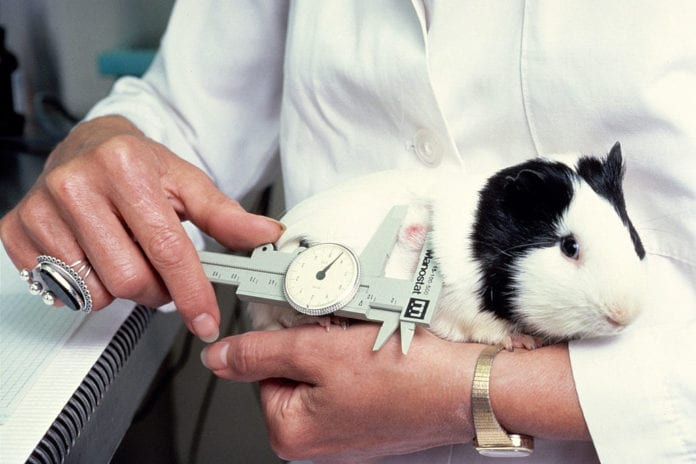 Now, a team of researchers from Duke University has shown that injecting an ethanol-based gel directly into a specific type of tumor, called squamous cell carcinoma, resulted in a 100% cure rate in a hamster model.

The authors were already aware of a therapy known as ethanol ablation.

If ethanol is injected into a tumor, it destroys proteins and causes the cells to dehydrate and die.

Ethanol ablation is used to treat one type of liver cancer, and its success rate is similar to that of surgery.

First, it only works well for tumors that are surrounded by a fibrous capsule.

To overcome these hurdles, the authors mixed ethanol with ethyl cellulose, creating a solution that when injected into the watery environment of a tumor turns into a gel, which remains close to the injection site.

After they practiced injecting their solution into imitation tumors, the authors turned to a hamster model.

The team induced the formation of oral cancer in hamster cheek pouches by rubbing them with a carcinogen called DMBA. After about 22 weeks, tumors formed.

In the control group, tumors were injected with pure ethanol.

The team’s findings suggest that merely a single injection of their special ethanol-based gel may be sufficient to cure certain types of tumors.

Any technological advances that result from the team’s research will have applicability not only to the developing world but to the developed one, as well.