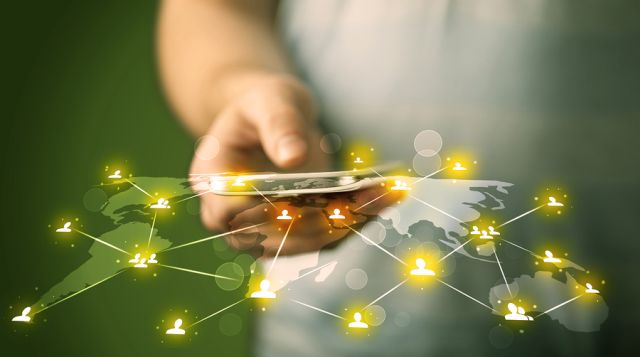 The arrival of 5G technology is mere years away, and with it comes all-new capabilities that will have sweeping changes for numerous industries. This fifth generation wireless network will leverage all new technologies – and a much larger, more robust infrastructure – to offer faster speeds, greater availability, lower latency rates, and near universal coverage. Gone will be the days of dead zones, lost calls, limited connectivity, and data throttling; you will be able to download or view files as quickly and easily over the air as you currently can over Wi-Fi. These industries are set to see the greatest benefits from this technological evolution.

Virtual reality, mobile gaming, convertible gaming consoles like Nintendo’s Switch… all of them could benefit from a faster, more capable wireless network. Faster connection speeds and greater bandwidth means mobile games can catch up with their traditional counterparts in terms of scope, size, and scale. Yes, it’s true that the hardware that the games are installed on plays an important role, but in the future, don’t be surprised if many games are accessed from the cloud – and not a local hard drive. A 5G network will eliminate nearly all hurdles and barriers for mobile game developers, allowing them to design and develop games free from constraint. Literally and figuratively, the sky will be the limit.

The future of healthcare will increasingly be a connected one. Considering that connected medical devices already play a role in many of our daily lives – from fitness trackers to blood glucose meters – that should come as little surprise. What 5G will provide is better accessibility and availability. In many parts of the country, there is still little to no wireless signal. This is particularly true in rural and less populated regions. With 5G technology, the people living in these “dead zones” could reap the same benefits that these devices provide as city dwellers do today.

When autonomous cars come to fruition in a meaningful way is still up for debate, but there no longer seems to be any doubt regarding the question of if they will or not. With manufacturers like Volvo and Tesla and tech companies like Google and Uber, all working towards the same goal, it seems a foregone conclusion that in the not-too-distant future, our cars will be capable of navigating – and driving – themselves. Of course, in order for these cars to talk to each other and their manufacturers, a robust wireless network will be necessary. There’s simply no reason to expect that city-wide Wi-Fi networks will be able to support whole fleets of cars. The solution will be a universal 5G network offering unparalleled speed and coverage.

With 5G technology, the Internet of Things as we know it will be transformed. No longer will it be limited to a suite of connected devices within a closed Wi-Fi network; instead, entire cities may be “wired” to talk to each other, in order to improve data collection and management. This could help cities better track and deal with infrastructure issues, from traffic volume on certain roads to energy usage in low trafficked areas. For example, street lights could talk directly with road sensors, and only come on when needed – this could save a city thousands of dollars per street light over the course of a year, and is all made possible through the Internet of Things. But make no mistake, the datasets will be enormous; a 5G wireless network would be able to handle and transmit the data necessary to make this a reality.

As with “smart” cities, manufacturing can benefit from the Internet of Things as well – and though these systems may run on closed Wi-Fi networks in some capacity, there is no doubt that they will be powered in part by 5G technology too. And this is because data may be collected from multiple sources throughout the world, and then collated into a single destination. With a wireless network that brings download speeds of 10 Gbps (up to 100 times faster than current 4G download speeds), manufacturers will be able to collect data on a wide range of metrics in real time, in order to parse through this information to find gaps and opportunities for improvement. In essence, 5G technology can be used to power vast decision-making engines. As data comes in, it can be analyzed (both by computers and human operators) to improve the production and manufacturing process.