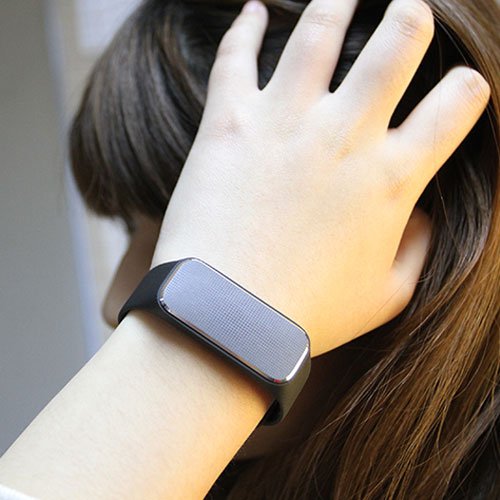 Wearable tech is a fast-moving industry that is constantly evolving so it doesn’t take long to resolve a design issue in order to create a product that provides a useful solution for the wearer.

Here is a look at some of those latest developments, including thermoelectric technology and a tracker that is able to monitor your emotions.

One of the biggest issues surrounding any type of device or technology that you are using is when the battery lets you down and you end up not being able to use your tech until you can connect to a power supply.

It seems that a solution that problem has been found and your battery running out of juice could be a thing of the past if you can harness your body’s natural heat in order to keep your wearable tech running.

You can now get a smartwatch, for example, that uses this thermoelectric technology.

Researchers from Texas A&M University have managed to design a thermally-chargeable solid-state supercapacitor and it is the first time that a solid-state polymer electrolyte has successfully produced a large enough thermally induced voltage.

Being able to convert body heat to electric power could turn out to be a game-changer and you can almost certainly expect to see an increasing amount of wearable tech incorporating thermoelectric technology.

Using your heart rate to track your health and emotions

Safety apparel from suppliers like FR Outlet will continue to be in demand when workers need fire retardant clothing and protective steel boots but it also likely that wearable tech will play a part in keep workers safe.

One development that could turn out to have a variety of different uses both in the workplace and elsewhere is an emotional tracker.

Planexta is the company behind this new kind of wearable tech which is able to interpret heart rate variability (HRV) data to measure more than sixty different emotions. HRV is considered to be as accurate as an ECG and viewed as being considerably better than fitness trackers which use optical sensors that measure blood flow.

The emotional tracker can provide a useful insight into the current physical and emotional health of the wearer, which could prove very useful in a variety of different situations.

Carmaker Volvo is developing a pair of smart glasses that help you interact more closely with your car and it is interesting to note that Ford is reported to be developing a wearable that will monitor blood sugar levels in diabetic drivers and even pull the car over if the driver doesn’t respond to the warnings that they are about to go hypoglycemic.

The fact that Ford is now thinking of itself as a software company and not just a car manufacturer gives you an idea of how technology is capable all aspects of our lives and that includes the possibilities created by developments with wearables.

These are just a few examples of how wearable tech is adapting and evolving at a rapid rate and a good illustration of why there is so much interest in this thriving industry.