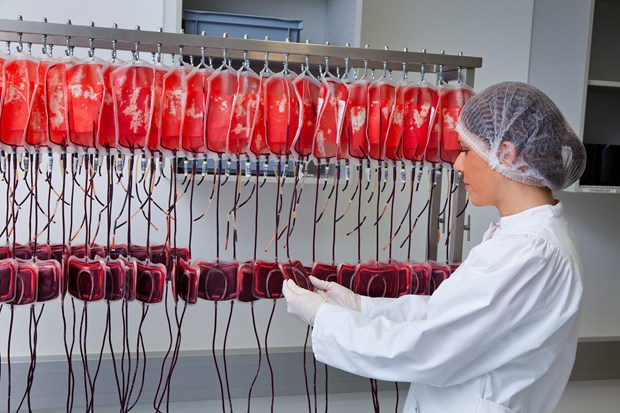 Blood stem cells are things of wonder. Hidden inside each single cell is the power to reconstitute an entire blood system, like a sort of biological big bang.

Once these “Master cells” are compromised, as in the case of leukemia and other blood disorders, treatment options are severely limited.

Now, two studies published in Nature suggest they may be “Tantalizingly close” to being able to make a limitless supply of blood stem cells, using the patient’s own healthy tissues.

“This step opens up an opportunity to take cells from patients with genetic blood disorders, use gene editing to correct their genetic defect and make functional blood cells,” without depending on donors, says Dr. Ryohichi Sugimura at Boston Children’s Hospital, who authored one of the studies with Daley.

Using a magical mix of seven proteins called transcription factors, the team coaxed lab-made human stem cells into primordial blood cells that replenished themselves and all components of blood.

The life of a blood stem cell starts as a special cell nestled on the walls of a large blood vessel, the dorsal aorta.

Under the guidance of chemical signals, these cells metamorphose into “Immature” baby blood stem cells, like caterpillars transforming into butterflies.

These baby blood stem cells don’t yet have the full capacity to reboot blood systems.

Some scientists liken this learning process to going to school, where different external cues act as “Textbooks” to train baby blood stem cells to correctly respond to the body.

Although iPSCs theoretically have the ability to turn into any cell type, no one has previously managed to transform them into blood stem cells.

This process is what gives cells their identities; may it be a heart cell, liver cell, or blood stem cell.

These mice had been irradiated to kill off their own blood stem cells to make room for the lab-grown human replacements.

Rafii and team took cells lining a mouse’s vessels, based on the finding that these cells normally turn into blood stem cells during development.

With a set of four transcription factors, the team directly reprogrammed them into baby blood stem cells, bypassing the iPSC stage.

These factors act like a maternity ward, allowing the blood stem cells to be born, says Guibentif.

To grow them to adulthood, Rafii and team laid the cells onto a blanket of supporting cells that mimic the blood vessel “Nursery.” Under the guidance of molecular cues secreted by these supporting cells, the blood stem cells multiplied and matured.

If we can figure out the factors that coax stem cells to divide and mature, we may be able to unravel the secrets of their longevity and make full-fledged blood stem cells in a dish, he says.

The techniques will also have to be made more efficient to make lab-grown blood stem cells cost efficient.

ABOUT US
Your future tech news site covering medical breakthroughs, virtual reality, robotics, space travel and green technology. Gizmocrazed works with many affiliates and therefore please consider all links to be affiliate related.
Contact us: [email protected]izmocrazed.com
FOLLOW US
© Gizmocrazed - Your Future Tech News Source Privacy Policy We are a participant in the Amazon Services LLC Associates Program, an affiliate advertising program designed to provide a means for us to earn fees by linking to Amazon.com and affiliated sites.
We use cookies on our website to give you the most relevant experience by remembering your preferences and repeat visits. By clicking “Accept”, you consent to the use of ALL the cookies.
Cookie settingsACCEPT
Privacy & Cookies Policy