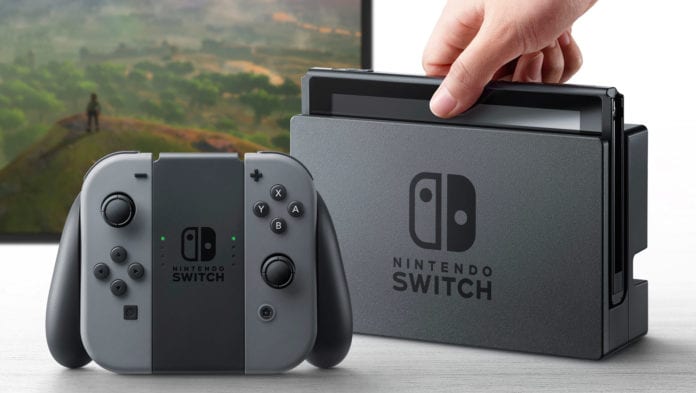 Nintendo has been one of those prime players in the gaming world that have been making gaming consoles and succeeding in it. People trust the company to produce high-quality video games and introduce their consumers to something new and innovative. Nintendo didn’t disappoint when they introduced Wii U in the market. It was a one of a kind HD handheld game which could also connect to your TV. It worked out really well for the company, but they just couldn’t stop there. In October 2016, they announced that their latest gaming platform with even more exceptional features, known as Nintendo Switch.

As the name suggests, it does have switches; but what is even more fascinating is that these switches are not attached permanently to the gaming pad, unlike its predecessor Wii U. They can be taken out from the sides of the screen and attached to the handheld device or can be used separately by two players, each having either side of the divided controller. But it’s unlike the touch devices where you can swipe to play games. You can either play it with the game connected to your TV or you can play it anywhere on the go, but the switches would work the same for both these options.

This technology has been the recent hit in the gaming world and the consoles are sold out almost everywhere or being sold at premium prices. This success in the market undoubtedly points to the fact that Nintendo has gained the top position that it once used to have. Despite these amazing features, there was one thing that Nintendo wanted to incorporate in their device as well; they wanted it to have an android operating system. Although for that matter, they did not approach Google, instead they went to Cyanogen as they have more flexible ownership terms as opposed to Google. Unfortunately, Cyanogen said no to this proposal. If the two would have partnered, we would surely be seeing some other games and even a few mobile apps that might be able to operate with Nintendo Switch, therefore increasing the mobile app development landscape and incorporating new games in Android system. This isn’t to say that we won’t see features like a video playing in the console, but it will surely take some time before users are granted that update.

Users are also facilitated by 32 GB internal storage, an expandable memory which could be expanded up to 2TB. One extraordinary thing about the gamepad is that it can stand up on its own with supports fixed on its back, something that has never been done for a game device. It allows the player to play freely on the small screen without needing it to connect it to a TV screen.

There are certain downsides to this device, but they’re not as huge as two of these very specific problems. First off, the games in this medium are very limited and there are not many choices to play when it comes to Nintendo Switch. However, this problem is expected to be solved with the passage of time as more games come into the market. In this digital age, where online presence can do wonders for a product, Nintendo would need to provide its users with more online gaming options.

The other issue that people are facing lies in the left side controller. Consumers have reported a difficulty with the connectivity of that controller which would lose connection with the game at any point for a few seconds. This results in the players being disturbed in their progress throughout the game. Nintendo has come out to speak about the topic and said that they have noted the problem, but such problems happen with newly introduced models and the number of people facing this problem is quite insignificant.

Players have also noticed a break in games when there is too much action happening on the screen, in which the video pauses for a split second due to high graphics. Hopefully, the game-makers and Nintendo come together to find a joint solution for the problem with lagging video output and make the games free of any delay.

Suffice to say that Nintendo switch is bound to be a greater hit if some of these existing problems are resolved. It is a great device and is surely going be popular not just among the youth, but the mature players, who have come to love the revised versions of classic games such as Mario, Legend of Zelda and the likes.

Carla Adams is an enthusiastic dreamer and a workaholic to achieve that. She is a blogger, writer, basketball player, technology, and fashion freak. For all the updates follow her on Facebook.