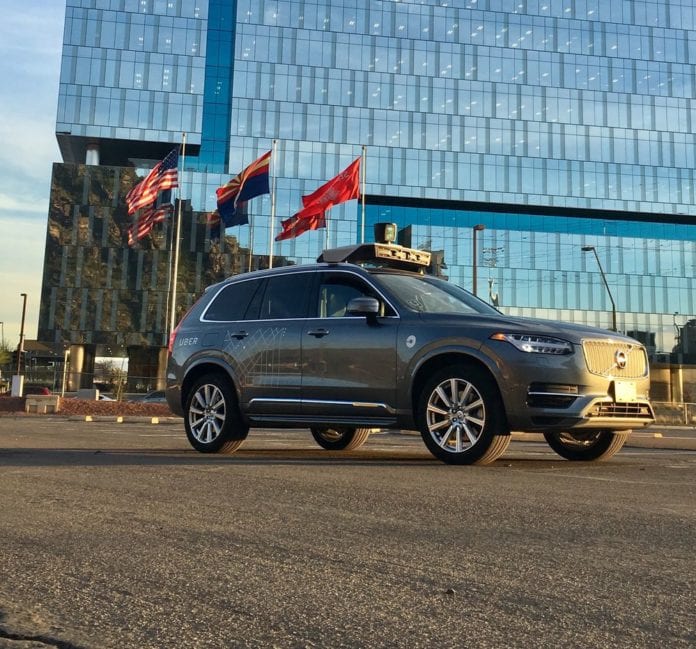 Almost two months after Uber loaded its fleet of self-driving SUVs into the trailer of a self-driving truck and stormed off to Arizona in a self-driving huff, the company is preparing to launch its second experiment in autonomous ride-hailing.

What’s different is that this time, Uber has the blessing from Arizona’s top politician, Governor Doug Ducey, a Republican, who is expected to be “Rider Zero” on an autonomous trip along with Anthony Levandowski, VP of Uber’s Advanced Technologies Group.

The Arizona pilot comes after California’s Department of Motor Vehicles revoked the registration of Uber’s 16 self-driving cars because the company refused to apply for the appropriate permits for testing autonomous cars.

Uber says it hopes to expand the coverage area to other cities in Arizona in the coming weeks.

The California DMV said Uber needed to get the permit, Uber refused, and California called the company’s bluff and revoked the registration of the 16 cars.

Notwithstanding the controversy, hours after Uber’s fleet of self-driving cars began to pick up passengers in San Francisco for the first time, one of the vehicles was caught running a red light.

Arizona, on the other hand, has taken a “Do what you want” attitude to tech companies and self-driving cars.

Ducey signed an executive order in late August 2015 directing various agencies to “Undertake any necessary steps to support the testing and operation of self-driving vehicles on public roads within Arizona.” He also empowered Arizona’s universities to launch pilot programs for self-driving cars, one of which involved Uber.

This is a big step forward for Uber’s futuristic plans to conduct the majority of its trips in self-driving cars, but it still has real-world hurdles in its path.

Uber’s has had a spate of bad press lately, from #DeleteUber to allegations of rampant sexism, so it’s not a sure thing that the rollout of a new self-driving pilot will do much to repair the company’s reputation.