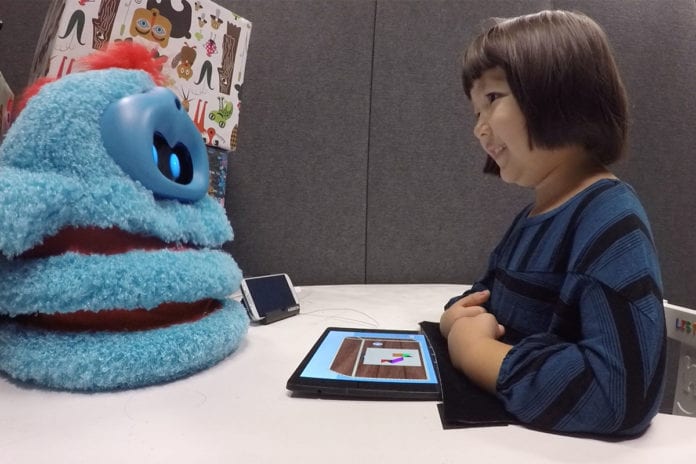 It seems that children’s behavior can be influenced by the personality of a robot companion.

Playing with an enthusiastic or attentive robot made them engage more and work harder.

Researchers ran a series of experiments with Tega, a companion robot that looks like a cross between a Furby and a Teletubby.

To test how the robot’s personality could affect the children’s behavior, they programmed the robot with different responses.

With half the children, the robot had a “Neutral” personality, meaning that when it won it said something like “I solved the puzzle,” and when it lost it said something like “That was hard”. The other half of the group, Tega had more of a can-do attitude. When it won, it might say “That was hard, but I tried hard and nailed it,” and when it lost it might say “You worked hard and succeeded!”

The differences in the robot’s personality were subtle, but the effect it had on the children’s reactions was not.

“We found that children really lean in and gaze at you when they’re engaged with a story. Adults don’t really do this, but for children, it’s really important,” says Hae Won Park at the Massachusetts Institute of Technology, who led the research.

Children then told a story to two identical Tega robots placed next to each other.

In surveys, the children said they thought the childlike Tega was more attentive and they preferred telling it stories.

Storytelling is important for child development, so it is exciting if a robot can encourage that, says Liz Pellicano at the Institute for Education, London.

“Not every child is the same, so in the future, it would be good if the robots could tailor their behaviors to each child as well.”

We can’t know yet what impact a robot’s personality has on a child’s attitude to learning in the long term, says Park.

The current findings could be partly down to a “Novelty effect” from children first encountering this sort of robot.

Goren Gorden, a team member at Tel Aviv University in Israel says they hope the robot will be useful at home and in the classroom.

“The goal is for the robot to be a companion that can learn with the child and behave in a way that positively influences the child,” he says.

“It can express that effort pays off and it likes challenges. We’ve shown that the child is influenced by this behavior and will actually try harder after interactions with the robot.”