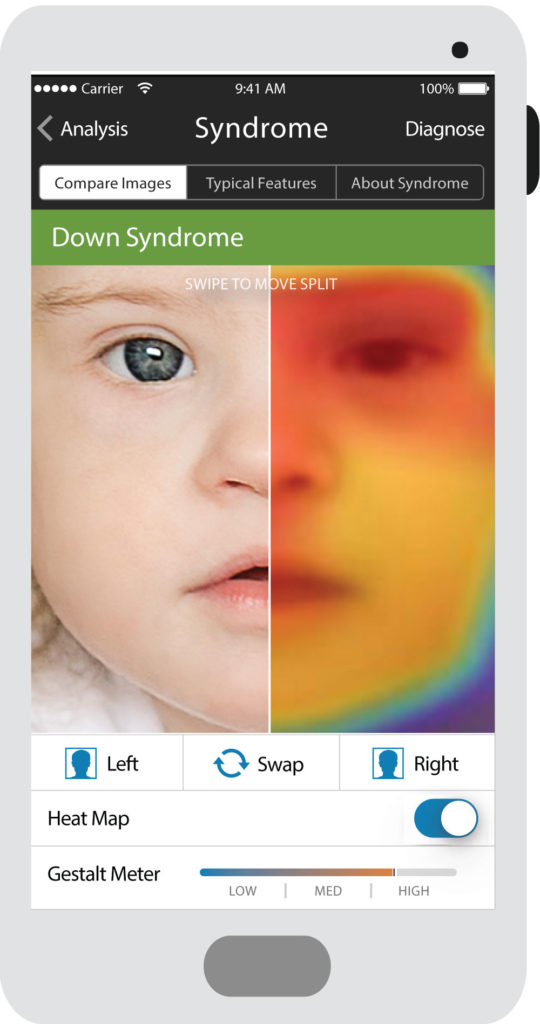 Patient Number Two was born to first-time parents, in their late 20s, with no pregnancy complications.

Brain MRIs, molecular analyses, basic genetic testing, and scores of doctors were all trialed but nothing turned up answers.

With no further options, in 2015 his family decided to sequence their exomes-the portion of the genome that codes for proteins to see if he had inherited a genetic disorder from his parents.

Doctors, including Karen Gripp, who met with Two’s family to discuss the exome results, hadn’t really considered it.

She uploaded two’s photo to Face2Gene, an app, developed by the same programmers who taught Facebook to find your face in your friend’s photos, conducted millions of tiny calculations in rapid succession; how much slant in the eye? How narrow is that eyelid fissure? How low are the ears? Quantified, computed and ranked to suggest the most probable syndromes associated with the facial phenotype.

Face2Gene takes advantage of the fact that so many genetic conditions have a tell-tale “Face”, a unique constellation of features that can provide clues to a potential diagnosis.

Genetic syndromes aren’t the only diagnoses that could get help from machine learning.

The RightEye GeoPref Autism Test can identify the early stages of autism in infants as young as 12 months-the crucial stages where early intervention can make a big difference.

Without computers, Patient Number Two would never have been able to compare his exome to thousands of others and find the genetic mutation marking him with Coffin-Siris syndrome.

Even Face2Gene, which, according to its inventors, can diagnose up to half of the 8,000 known genetic syndromes using facial patterns gleaned from the hundreds of thousands of images in its database needs a doctor with enough experience to verify the results.