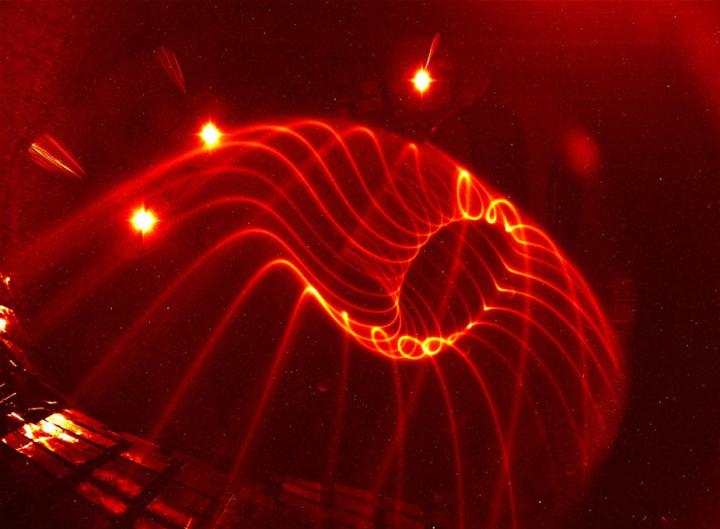 At the end of last year, Germany switched on a new type of massive nuclear fusion reactor for the first time, and it was successfully able to contain a scorching hot blob of helium plasma.

There’s been a big question, is the device working the way it’s supposed to? That’s pretty crucial when you’re talking about a machine that could potentially maintain controlled nuclear fusion reactions one day, and thankfully, the answer is yes.

“To our knowledge, this is an unprecedented accuracy, both in terms of the as-built engineering of a fusion device, as well as in the measurement of magnetic topology,” the researchers write in Nature Communications.

That might not sound exciting, but it’s crucial because that magnetic field is the only thing that will trap hot balls of plasma long enough for nuclear fusion to occur.

Nuclear fusion is one of the most promising sources of clean energy out there, with little more than salt water, it offers limitless energy using the same reaction that powers our Sun.

Unlike nuclear fission, which is achieved by our current nuclear plants, and involves splitting the nucleus of an atom into smaller neutrons and nuclei, nuclear fusion generates huge amounts of energy when atoms are fused together at incredibly high temperatures.

Based on the longevity of our Sun, nuclear fusion also has the potential to supply humanity with energy for as long as we need it, if we can figure out how to harness the reaction, that is.

The main challenge is that, in order to achieve controlled nuclear fusion, we have to actually recreate conditions inside the Sun.

There are several nuclear fusion reactor designs in operation around the world right now that are trying their best, and the W 7-X is one of the most promising attempts.

Instead of trying to control plasma with just a 2D magnetic field, which is the approach used by the more common tokamak reactors, the stellarator works by generating twisted, 3D magnetic fields.

Despite the fact that the machine successfully controlled helium plasma in December last year, and then the more challenging hydrogen plasma in February, no one had shown that the magnetic field was actually working as it should be.

Despite this success, W 7-X isn’t actually intended to generate electricity from nuclear fusion, it’s simply a proof of concept to show that it could work.

In 2019, the reactor will begin to use deuterium instead of hydrogen to produce actual fusion reactions inside the machine, but it won’t be capable of generating more energy than it current requires to run.

It’s not something that will happen tomorrow, but it’s an incredibly exciting time for nuclear fusion, with W 7-X officially competing with France’s ITER tokamak reactor, both of which have been able to trap plasma for long enough for fusion to occur.

The real question now is, which of these machines will be the first to bring us efficient power from nuclear fusion?