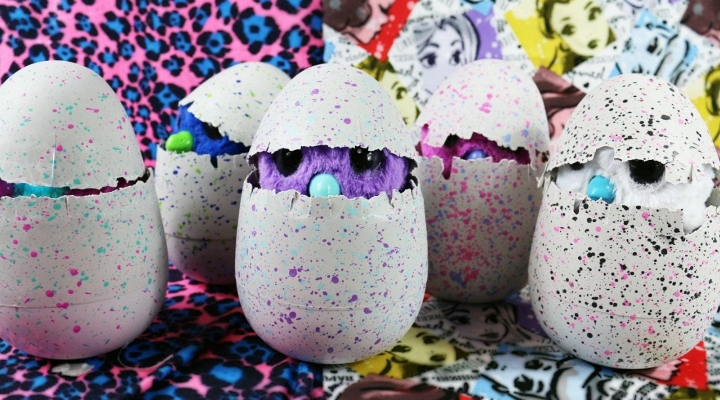 “$%^@ Me” is what many parents heard this holiday season after thousands of children opened and played with this popular toy. We don’t recall the Tickle Me Elmo having any expletives emitted from its furry face.

The hottest toy of 2016, on the other hand, has other plans. Which toy was it?

That’s right! Hatchimals, the most sought after toy of 2016, is cursing out children of all ages.

What are Hatchimals? Hatchimals live inside of eggs. Who’s inside? It’s a surprise! Hold them to hear their heartbeats, flip them for fun, tap and they’ll tap back! Hatchimals can’t hatch without you!

Besides cussing out the excited children, hatchimals have additional issues. Many complaints have been filed to the company about dead batteries or batteries dying shortly after the toy has been unboxed.

Add to that, the owner can program their own recording which may lead to even more humorous or horrific Youtube videos.