The future of Virtual Reality has certainly never looked more exciting. Its technology has evolved beyond what anyone could have predicted a few years ago, and the applications that have been found in a huge number of industries and fields, though impressive, might be just the beginning.

As we’re looking towards the future of Virtual Reality, however, we might do well to take a minute and consider its past. From early imaginings to mid-1990s gimmicks, Virtual Reality has most certainly come a long way.

Way before technology got properly involved in Virtual Reality, the notion of creating different worlds was cherished by many. Panoramic paintings might be considered a very early attempt at VR, and the references to this idea in literature and culture are countless. Stanley G. Weinbaum’s short story Pygmalion’s Spectacles, published in 1934, is just one example.

Antonin Artaud wrote Le Théâtre et Son Double in 1938 and its English translation, The Theatre and Its Double, followed in 1958. Here he described how illusory the objects and characters of the theatre are, and used the phrase Virtual Reality to do it. The coined phrase stuck and has been used ever since. 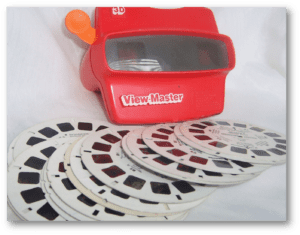 View-masters, developed in 1939, are stereoscopic visual simulators that show how receptive people have always been to the idea of Virtual Reality. The person that many consider being the real father of the technology, however, would not make his mark for another 20 years or so.

In the 1950s Morton Heilig became dedicated to the idea of an Experience Theatre that would engage all the senses. He realised his dream in 1962 with the Sensorama, a machine that screened short films while also exposing the user to a host of other sensations.

It was just a few short years later, in 1968, when Ivan Southerland and Bob Sproull created the first Virtual Reality head-mounted display or headset. It was officially named the Sword of Damocles, owing to the fact that it was so heavy that it needed to be hung from the ceiling.

In 1978 a group at MIT created the Aspen Movie Map, which gave a somewhat crude simulation of Aspen in 3 different styles. The new wave of Virtual Reality kept going and was sustained by the dedicated research lab that Atari created in 1982.

The Atari Virtual Reality Lab was closed in 1984, but many of its staffers continued their research and development ideas. This group included Jason Lanier who created VPL Research in 1985, and his company went on to develop several Virtual Reality devices such as the DataGlove.

In the 1990s Virtual Reality became a lot more mainstream and accessible. More research was being done, more arcade games with LED screens and movement sensors were being released, and Howard Reingold’s non-fictional Virtual Reality had been published.

Suddenly everybody could see Virtual Reality’s potential as a tool for social change and as a whole new frontier. However, while it did well in arcade games, military training and other specific niches, Virtual Reality was also thought of as a little gimmicky over this time. This has changed in recent years, as technology has caught up with ideas.

Today, more and more people are seeing the potential in Virtual Reality, and with constant development and demand, there are sure to be many more impressive evolutions.