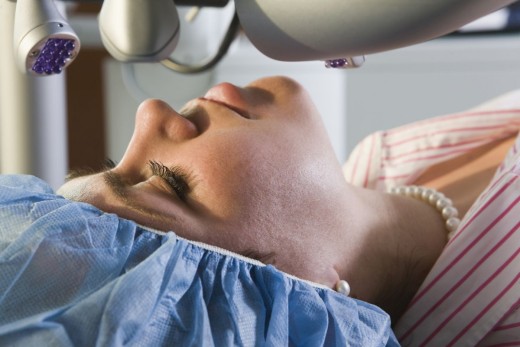 A gene therapy that may be able to reverse blindness caused by genetics is in its final stage of FDA approval.

Gene therapy is an exciting new option in medicine that still has some significant hurdles to overcome in the quest to prove itself.

The first gene therapy to cure the blindness of hereditary retinal dystrophies has been developed, and it’s expected to hit the market as early as next year.

Spark Therapeutics, a Philadelphia-based drug company, made the announcement of next year’s launch of SPK-RPE65.

It’s a gene therapy that targets the inherited mutation that causes blindness.

Katherine High, Spark’s co-founder, reported that the company will complete its application to the U.S. Food and Drug Administration for the treatment by early 2017.

Similar gene therapies, Strimvelis and Glybera, are already out in Europe.

Gene therapy is still, to an extent, shrouded in controversy after the death of an 18-year-old man who underwent treatment for an inherited metabolic disorder in 1999.

The patient died from a severe immune reaction to the gene therapy.

Some medical experts claim that it’s the age of gene therapy, but there are only a few drugs and treatments that are close to approval, Spark among them.

The company presented the success of SPK-RPE65 therapy at the American Academy of Ophthalmology’s annual meeting.

Gene therapy is a medical field that continues to mature, and we’re seeing positive results that will greatly improve lives.