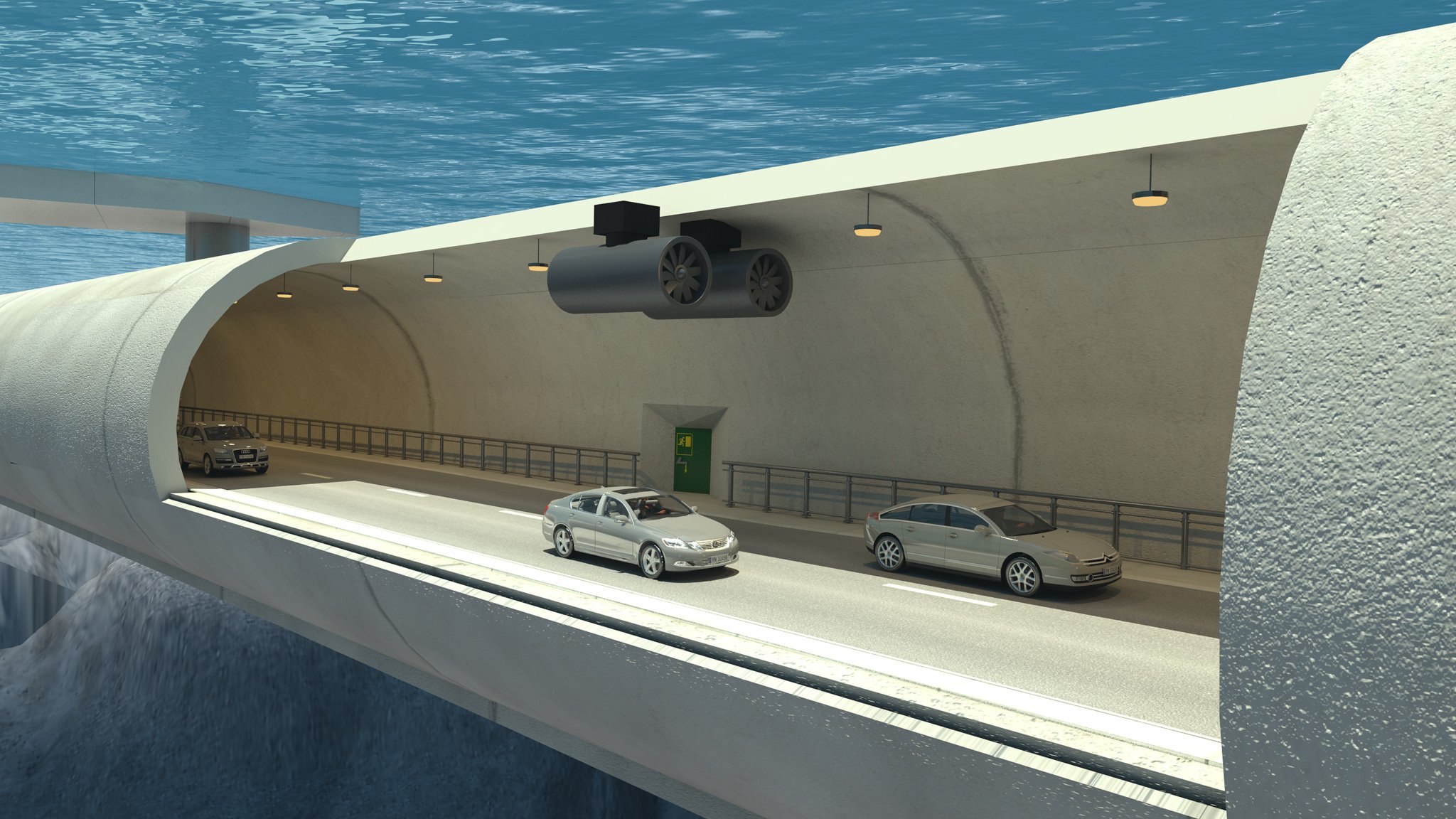 Norwegians treasure their beloved fjords, and at 1,190 in total, there are plenty to love, but the giant bodies of water pose serious hurdles to traveling across the country, especially when roads are icy in the winter.

The small Nordic country has announced plans to spend a reported $25 billion on a fully submerged, floating tunnel beneath the Sognefjord, a body of water more than 4,000 feet deep and 3,000 feet wide.

Like many of the country’s vast, yawning fjords, Sognefjord presents a challenge for convenient travel.

The Norwegian Public Roads Administration announced its plans for a submerged floating tunnel back in 2011.

Much of the discussion has surrounded on which infrastructure design is the best for Sognefjord.

Other proposals include a floating bridge or a suspension bridge, but nothing has been decided yet.

Suspension bridges are commonplace, of course, but even the more odd-seeming floating bridge isn’t entirely novel.

While costlier than a bridge, the big advantage of a floating tunnel is that it’s mostly impervious to extreme weather.

If completed, the project would consist of dual tubes that span the width of Sognefjord.

Arianna Minoretti, a senior engineer with the Public Roads Administration, tells Wired that the driving experience would feel just like cruising through any other tunnel.

The structure may be floating, but it’s not exactly a rubber ducky in a hurricane.

In the coming years, the country will decide whether the floating tunnel is the best option and if it is, how it can build the tunnel most efficiently.