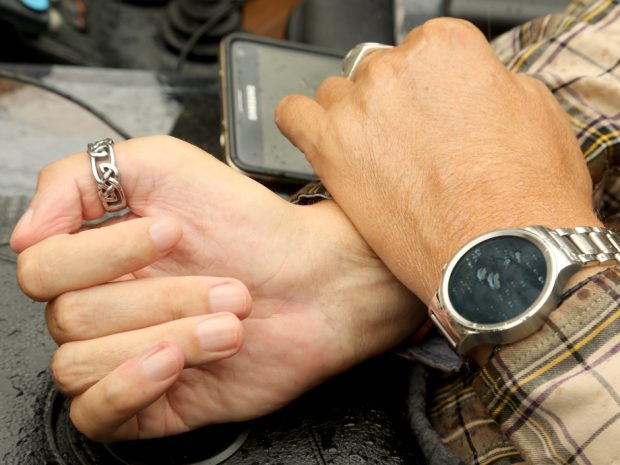 Beginning with a twitch in his fingers about six months ago, a Canadian man has successfully re-animated his paralyzed hand after undergoing a nerve transfer surgery.

Tim Raglin regularly dove, headfirst, into the water at his family’s lake house.

The 45-year old Canadian man had done so thousands of times without incident.

In 2007, though Raglin hit his head on a rock in the shallow water, shattering a vertebra in his cervical spine.

For nine years, both his hands and feet were left paralyzed.

Raglin is the first Canadian ever to undergo a nerve transfer surgery.

Dr. Kirsty Boyd from the Ottawa Hospital permanently rewired Raglin’s bod, rerouting some of his fully-functional elbow nerves to his hand.

Although Raglin had to wait several months for the nerves to regrow, this procedure allowed him to regain some control over his right hand.

After persevering for 18 months, Raglin was finally able to open his fingers during an occupational therapy session at The Ottawa Hospital Rehabilitation Centre.

The muscles in his hand have deteriorated from lack of use, so they tire quickly.

Because Raglin is using a different nerve pathway to activate the muscles in his hand, it will take some time for his brain to adjust to the new system.

In the time it’s expected his brain will figure out how to separate the triggers for his hand and his bicep.