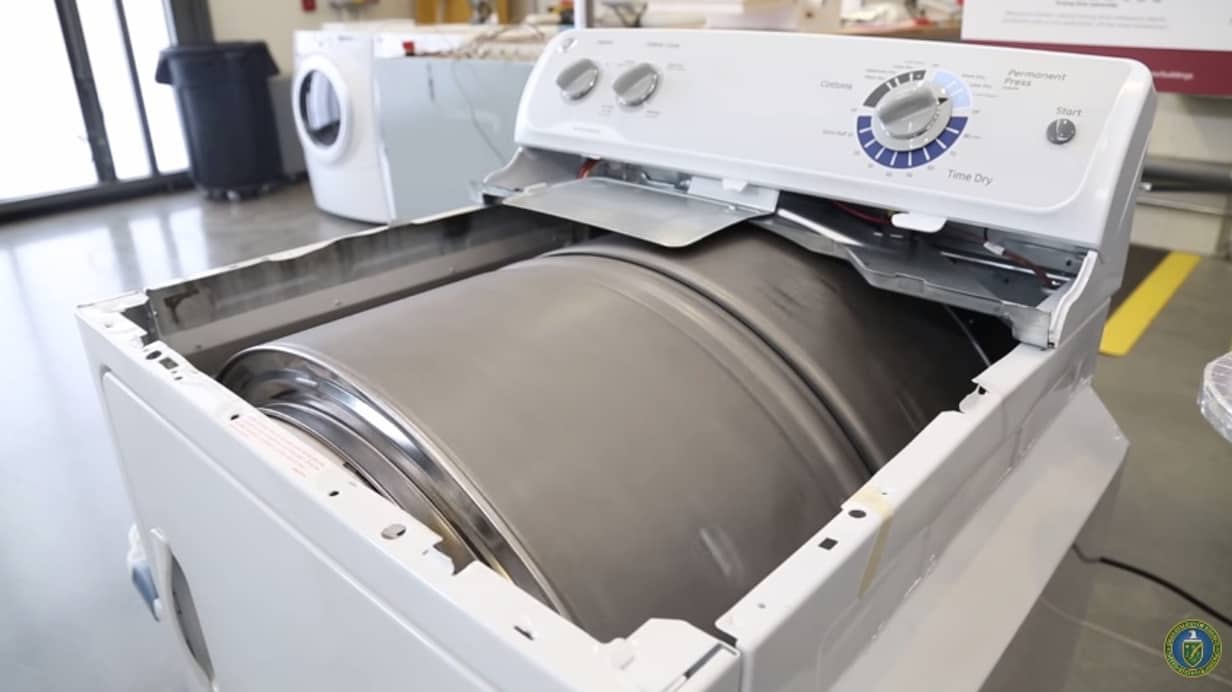 Now, scientists from the US Department of Energy’s Oak Ridge National Laboratory, working with colleagues from GE Appliances, are looking at how it can be used to dry them.

They’ve already developed technology that they say could make clothes dryers 70 percent more energy-efficient than they are now, while also taking half the amount of time to get the job done.

According to the Department of Energy, clothes dryers are currently responsible for 1 percent of America’s total energy consumption.

In lab tests, the transducers were able to dry a wet piece of cloth in 14 seconds – using heat in an oven, on the other hand, took several minutes.

It is estimated that it would take less than 20 minutes to dry a whole load of laundry using the new technology.

As a bonus, the system should also be quieter than conventional dryers, and produce less lint.

Oak Ridge National Laboratory and GE are planning on first scaling the technology up for use in a full-size press dryer, before moving on to implementing it in a consumer-ready dryer drum.