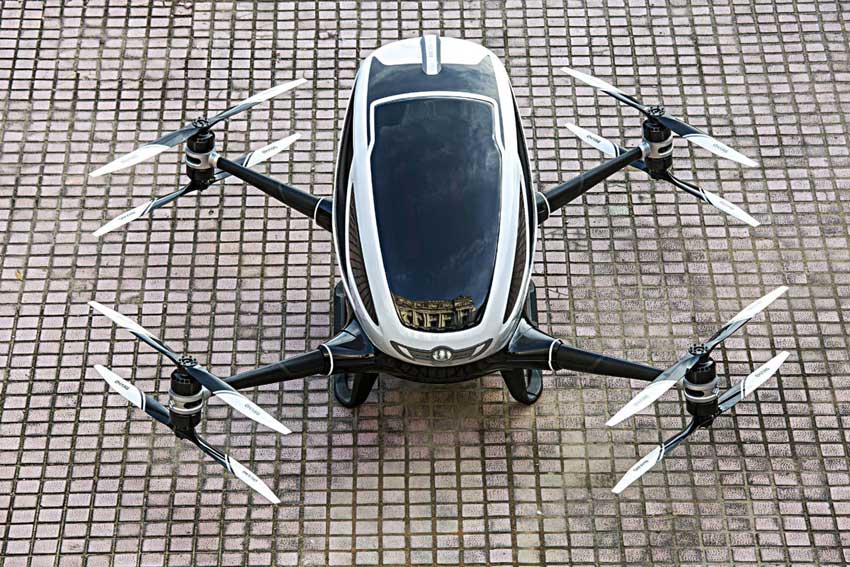 The world’s first passenger drone, the Ehang 184, capable of autonomously carrying a person in the air for 23 minutes has received necessary approval from Nevada’s governor’s office needed to develop and be tested at the state’s Federal Aviation Administration-approved drone test site.

The Chinese firm Ehang, which unveiled the electric Ehang 184 passenger drone at CES in Las Vegas in January, says the Ehang 184 Autonomous Aerial Vehicle is a 142-horsepower “Personal flying vehicle” that can transport a single human being from Point A to Point B at an altitude of more than 11,000 feet.

The southern China’s Guangzhou-based company has partnered with the Nevada Institute for Autonomous Systems and the Governor’s Office of Economic Development to put the drone through testing and regulatory approval.

“I look forward to the day when drone taxis are part of Nevada’s transportation system,” said Wilczek, Goed’s aerospace, and defense specialist.