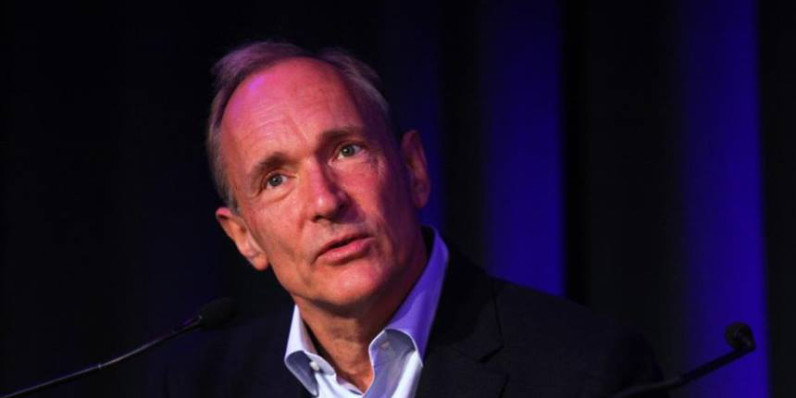 Although the internet has created millions of new opportunities for people around the world and made the sum of human knowledge available to anyone with a connection, it’s also created problems that seem impossible to solve.

He’s not wrong: governments across the globe keep an eye on what their citizens are accessing online and some censor content on the Web to control what they think.

Sir Tim Berners-Lee, who invented the World Wide Web, believes that the way his creation works in the present day “Completely undermines the spirit of helping people create.”

To that end, Berners-Lee, Kahle and other pioneers of the modern Web are brainstorming ideas for a new kind of information network that can’t be controlled by governments or powered by megacorporations like Amazon and Google.

Along with luminaries like TCP/IP protocol co-creator Vint Cerf, Mozilla Project leader Mitchell Baker, and Electronic Frontier Foundation special advisor Cory Doctorow, they’ve gathered at the Decentralized Web Summit in San Francisco to discuss how this new kind of internet can be created and sustained.

While it’s comforting to know that such great minds are coming together to address these issues that affect every Web user; it’s scary to think that it was us, humans, that polluted the internet and turned it into what it is today, and in all probability, we’ll ruin the next great network too.

All the Cannabinoids in Marijuana That Aren't THC

GizmoCrazed - March 25, 2019 0
The CBD and THC in marijuana is getting all the attention these days, but many other cannabinoids hold untapped healing compounds. (Credit: PRO Stock...

A gene mutation associated with Colon cancer discovered in a Hungarian...

Hold Off Dyeing Your Hair With Graphene Nanoparticles