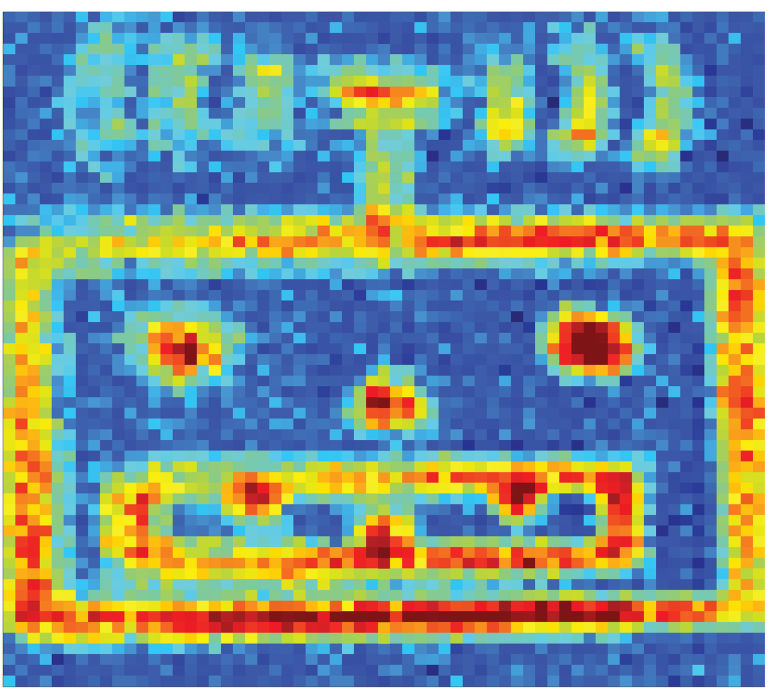 This new camera can peer through thick materials and behind tiny microchips, even ones that are hidden under heaps of dense silicon components.

A team of physicists led by Rayko Stantchev, an imaging researcher at the University of Exeter in the UK, have just developed a radically new type of microscopic camera.

It’s one that can see hidden objects so small, it could read a message inscribed on the belly of a dust-mite.

Rather than taking pictures with the visible light we all see, Stantchev’s camera views objects with terahertz radiation, also known as T-rays.

As Stantchev explains in a paper published today in the journal Science Advances, these T-rays imbue his new camera with some pretty fantastic properties.

“Broadly speaking, anything that doesn’t have water and isn’t conductive, like silicon, is transparent to this terahertz radiation,” Stantchev says, “So this is highly applicable for testing in the industry. With our device you could test the quality of microchips that have been buried under optically opaque materials, allowing you to tell if a hidden chip is broken without having to open it up. That could be quite useful, and can not currently be done with other imaging techniques,” he says.

Although you may never have heard of it before, like microwaves, visible light or x-rays, terahertz radiation is just a form of the same stuff that makes up light: electromagnetic radiation.

The only difference between T-rays and the white light coming through your window is that T-rays have a much lower wave frequency.

If you were to find terahertz radiation on a graph of all electromagnetic radiation from rapid Gamma rays to slowly jiggling radio waves it’d be close to the middle, at the far end of the infrared band and right before microwaves.

Like the microwaves cooking your food, T-rays can travel harmlessly through a wide variety of materials like plastic, silicon, wood, paper and ceramics, but are stopped by conductive materials like metal and water.

They were limited by the resolution or T-ray images.

“The previous issue is that you couldn’t see a resolution below 200 microns,” says Stantchev, That resolution is fine if you’re just hoping to get a bit more info on an Italian Renaissance-era fresco, but it’s a total killer for studying computer chip defects.

“It’s quite complicated, but basically… it’s a bit like how if you put your hand next to a brightly-lit whiteboard, you’ll notice the shadow of your hand is quite sharp. But if you move your hand away, the shadow gets blurrier and blurrier. In this analogy, the whiteboard is our detector, and we’re just getting close to the object we’re imaging, so the areas we’re selectively illuminating are very sharp, with less blurring and more resolution,” he says.

In today’s study, the T-rays could resolve an image printed on a circuit board on the underside of a thick silicon wafer.

Because T-rays can see water so clearly, “We’re hoping to apply this imaging technique to detecting skin cancers. And with this new resolution, finding them before they develop past a certain size,” he says.