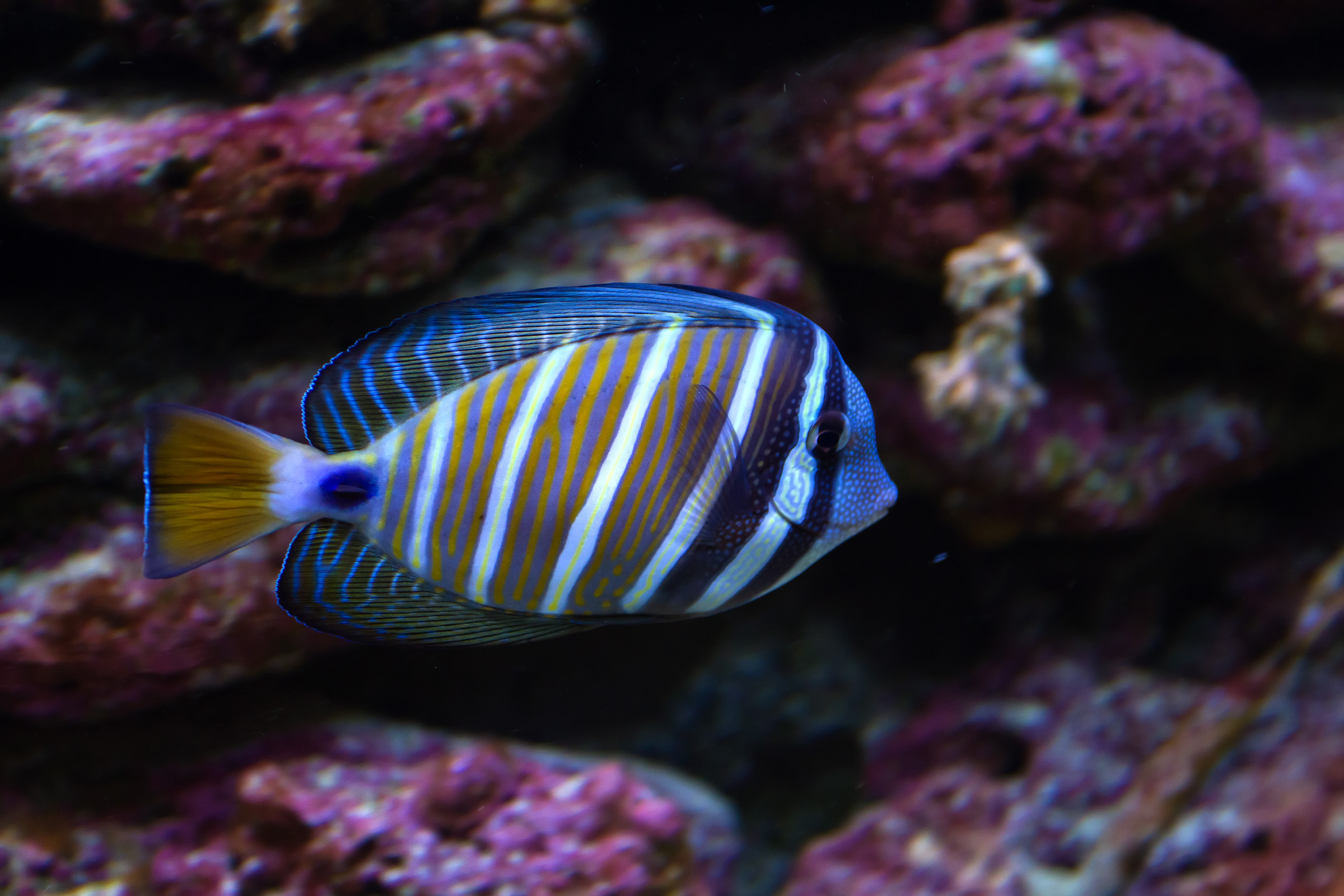 A wee-brained tropical fish can distinguish between human faces in a lineup; researchers have found.

Because nearly all human faces have the same essential attributes, recognizing a face requires identifying subtle differences in facial features, said Cait Newport, a zoologist and Marie Curie research fellow at the University of Oxford.

Past research has shown that a select few animals, including horses, cows, dogs and even some birds, such as pigeons, can complete such a task.

“Most animals tested possess a neocortex and had been domesticated, and may, as a result, have experienced evolutionary pressure to recognize their human [caregivers],” Newport and her colleagues wrote in today’s issue of the journal Scientific Reports.

Newport and her colleagues trained archerfish to select the “Correct” image of a human face on a computer screen above their aquarium; for this fish, spitting a jet of water at an image is akin to pointing at it.

“It takes time to train fish, and it can be a bit of an art; but it is not as difficult as you might think,” Newport told Live Science.

“It is very similar to training a dog. You can train a dog to sit by giving it a biscuit every time it sits. Similarly, the fish naturally spit at things in their environment, and we reinforce this natural behavior by feeding them when they hit the image we want.”

When the learned human face was placed in a lineup of 44 unfamiliar faces, the fish spit at the right face 81 percent of the time, on average.

The finding suggests that a sophisticated brain isn’t needed to recognize human faces, the researchers said.

The fish likely didn’t process these human faces the same way a human would, Newport said.

“When humans recognize a human face, it provides not only information about the identity of the person but also a whole host of other information, such as a person’s gender, age, health,” Newport said.