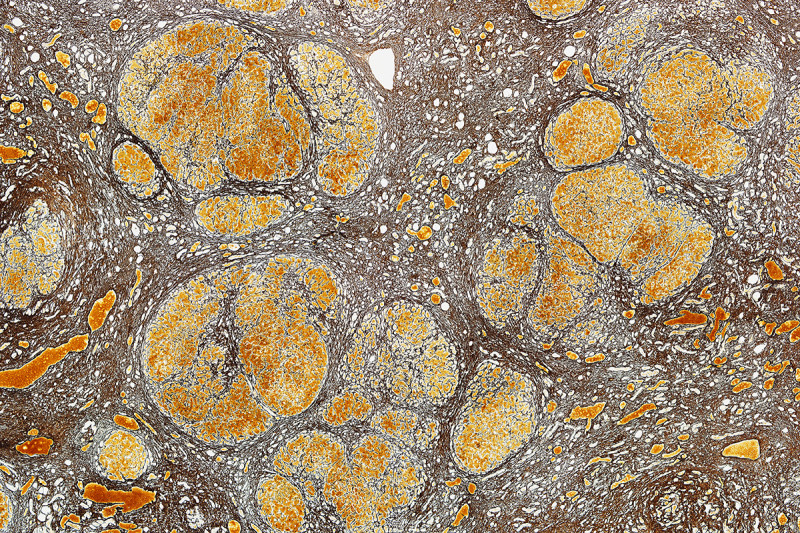 A modified virus can repair diseased livers by turning bad cells into healthy.

The treatment could one day offer a lifeline to thousands of people with liver failure.

More than 35,000 individuals in the US die of liver disease each year.

The new viral treatment targets liver fibrosis, the progressive scarring of the liver that leads to organ failure.

Eventually, the liver cannot generate new hepatocytes quickly enough to counteract the damage caused by the scar tissue and the organ fails.

Holger Willenbring of the University of California, San Francisco, and his colleagues worked out a way to transform myofibroblasts into healthy hepatocytes using a cocktail of liver gene switches called transcription factors.

The problem was getting these transcription factors into a scarred liver.

Once inside the myofibroblasts, the virus downloads the transcription factors, which transform the cells into hepatocytes.

The treatment increased the number of healthy liver cells in the mice, as well as reducing the collagen content of their livers by a third on average.

“We think the combination of making more hepatocytes and reducing collagen is the most promising approach to treating liver fibrosis,” says Willenbring.

“These are remarkable data,” says Amit Nathwani at University College London, who is using AAVs in potential treatments for a blood disorder called haemophilia B. “Liver fibrosis is a major clinical problem and if these data can be reproduced clinically, the National Health Service would save billions and patients would be given a new lease of life.”

Other treatments that regenerate livers are also in development, some rely on stem cells, others are aimed at building replacement organs from scratch.