Earth has a “New Moon” 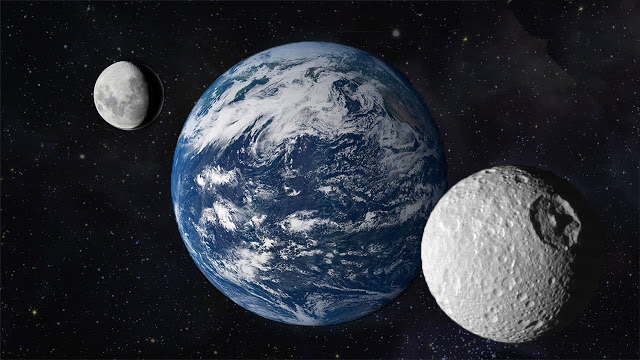 NASA findings show that there is a quasi-moon that’s been orbiting the Earth for almost a century.

One is the loneliest number, especially if you’re a moon circling the Earth.

Sure, it is smaller than you and goes around the Earth amazingly irregularly, but still, two of anything is always better than one.

It turns out that the second “Moon” is asteroid 2016 HO3, and it is currently locked into “a little dance” with Earth, and it has been dancing for a century.

The rock’s orbit is highly elliptical, causing it to go a wee bit off tangent-between 38 and 100 times the distance of our planet’s primary moon-and bob up and down across Earth’s orbital plane.

Because of its tilted and elliptical orbit, sometimes it is a bit closer to the Sun and moving a slightly faster than Earth.

NASA says it’s larger than 120 feet across, but no more than 300 feet wide, and will orbit for many more centuries to come.